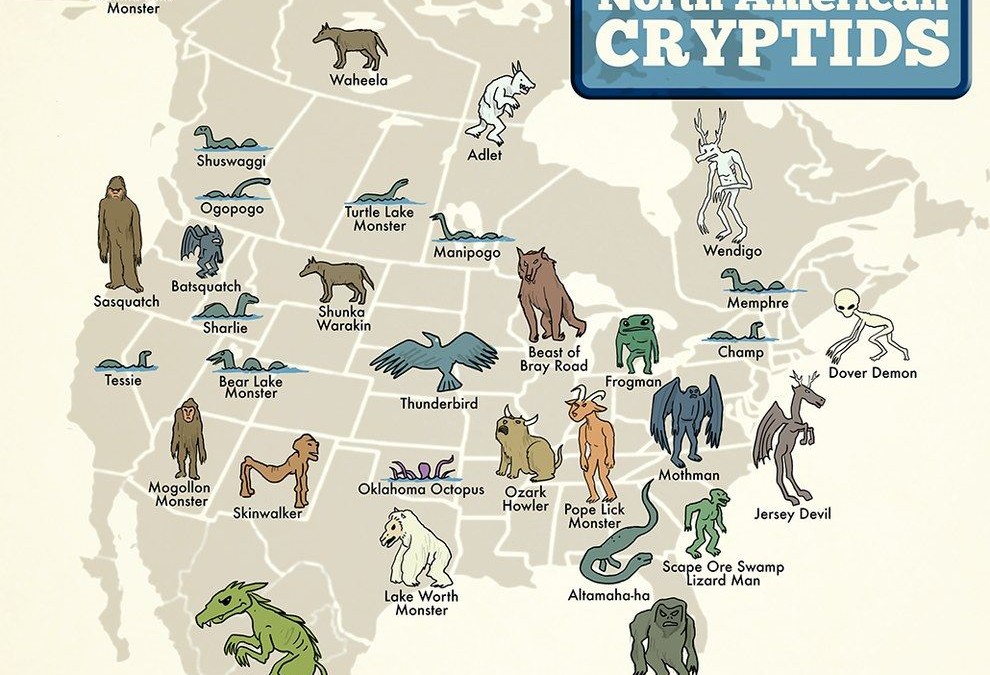 We don’t talk about cryptids all that often on the old AMH site – it’s an entire world of claims, counterclaims, hoaxes, misidentification, wishful thinking, and maybe, one or more real creatures thus far unknown to science.

It seems to me that Bigfoot and his cousins Sasquatch, Yeti, Swamp Ape, Yowie, Yeren, Almasty, Orang Pendek, and on and on, are the cryptids most likely to exist. The ubiquity of reports from around the world (every continent but Antarctica, every state but Hawaii) of large, hairy, hominid-like creatures is either some kind of indication of its reality, or its prominence within the collective human psyche, perhaps even a collective memory.

On the negative side, why no body, DNA, or other physical evidence beyond the many footprint casts gathered by enthusiasts and the handful of scientists, including Dr. Jeffrey Meldrum, who seriously study the existence of the beast? But you can’t prove a negative, so the search and the debate will go on until the real thing turns up, or some very industrious globetrotter confesses to perpetuating thousands of hoaxes.