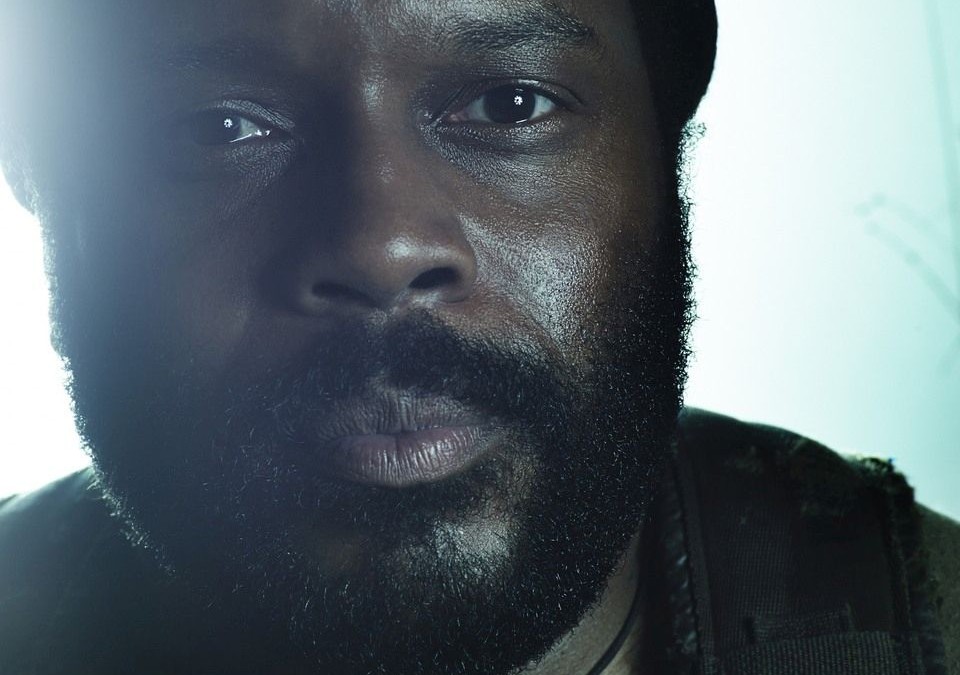 Spoilers and whatnot ahead.

Other than Rick himself, which The Walking Dead character has expressed a wider range of emotion and attitude, and more variable behavior than Tyreese (the outstanding Chad Coleman)? Alternately wracked with guilt and seething with rage, a figure of towering retribution and gentle forgiveness, a man unhinged by the post-apocalyptic world into which he has been thrust and yet a steadfast guardian of innocents and the incapacitated.

In last night’s debut of Season 5.2, “What Happened and What’s Going On,” Tyreese was given an entire episode — both brutally tense and wistfully elegiac — to run through those emotions and come to terms with life’s thorniest questions: 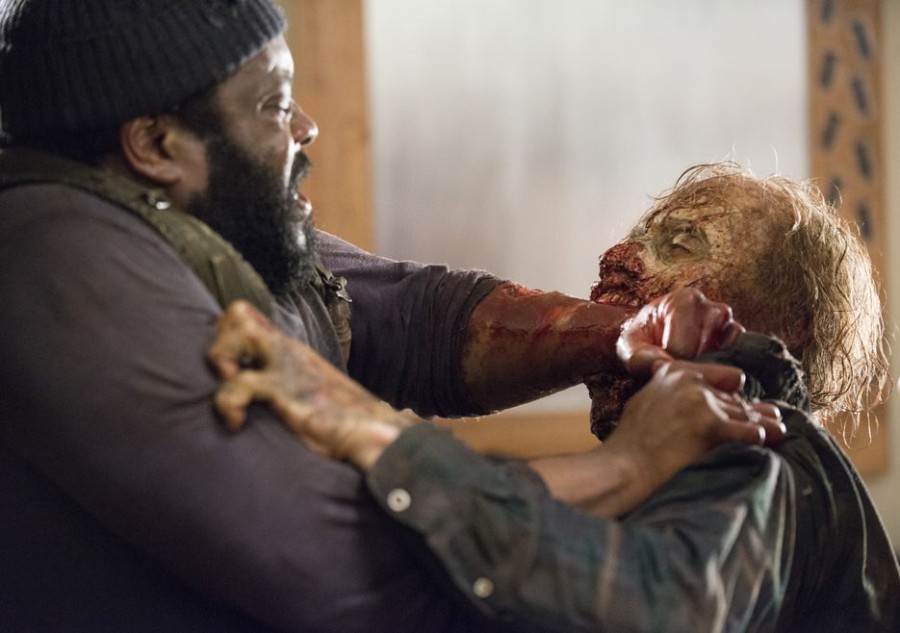 To what can human beings cling to retain their humanity when the frameworks of civilization and morality have been torn asunder? What makes life worth living in the face of relentless peril from both the amoral undead and the immoral living? How does one redefine “the good” when “thou shall not kill” is no longer a viable option? How to keep hope at arm’s length from despair? 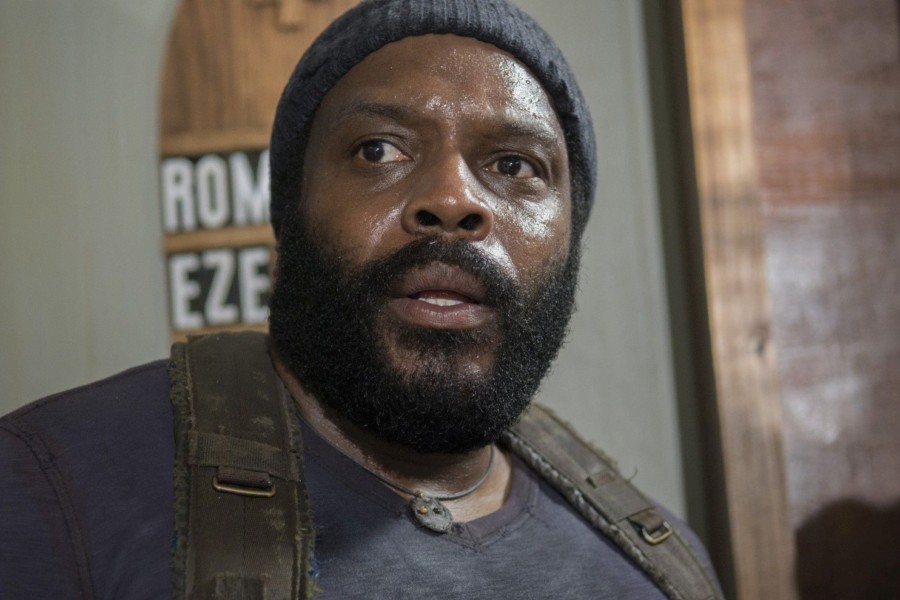 Tyreese, perhaps to his moral credit, is ultimately unable to repress his conscience to an extent that allows him to settle into his post-apocalyptic role as relentless and efficient killing machine, and this ambivalence becomes his undoing.

Was Tyreese too good for this world or too weary to continue the struggle? Perhaps both, but he who hesitates is lost and now our little intrepid troop is without the hero who rescued and sustained baby Judith, who nurtured Noah back to life in the horrific face of finding not only his entire family dead, but some of them undead. 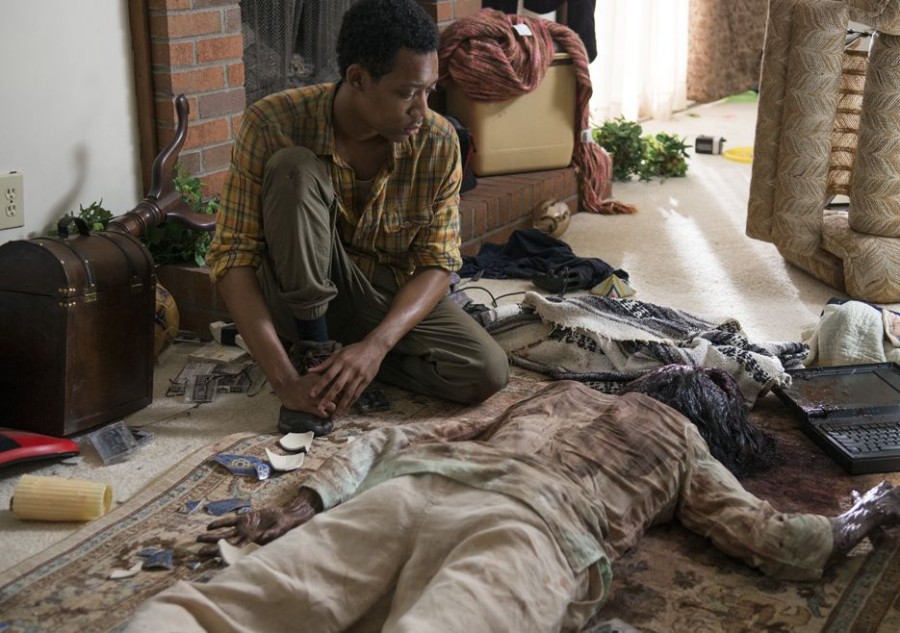 Tyreese now joins the choir invisible, who in the end seemed more real to him than those struggling on. And so it goes. 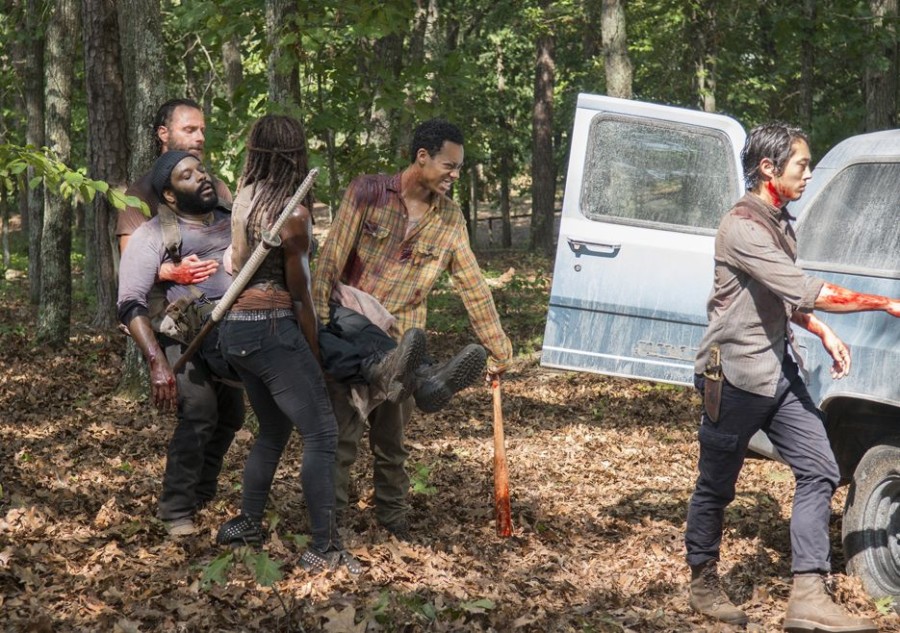