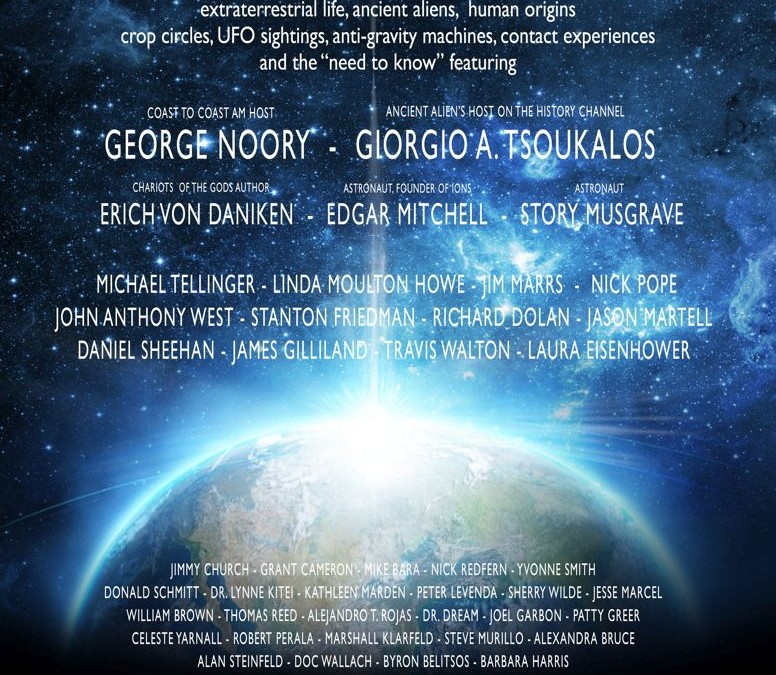 The Eagle is landing at the third annual CONTACT In the DESERT as celebrated American astronauts Edgar Mitchell and Story Musgrave join headliners Chariots of the Gods author Erich von Daniken, Ancient Alienslegend Giorgio A. Tsoukalos, and our bud George Noory, host of Coast to Coast Radio AM, along with a small army of UFO experts and agitators at the Joshua Tree Conference Center, May 29-31.
CONTACT In the DESERT 2015 is committed to a serious, academic look at the UFO phenomenon and its impact on the human race, exploring ancient alien studies, contact experiences, sightings, crop circles, abduction, other proof of alien visitation, and government interactions with aliens.

With sightings more common, more widely disseminated and discussed than ever before via the Internet and mainstream media, UFO awareness is at a high-water mark. The United Kingdom, France, Mexico, Brazil, and several other countries have finally opened their UFO files in recognition of the right to know, further accelerating public interest.

Award winning investigative journalist and best-selling author Jim Marrs will speak on topics addressed in his latest book, OUR OCCULTED HISTORY. Do the global elite conceal ancient aliens? Addressing the omissions and distortions in history – from the strange Starchild skull to the exact location of Atlantis, to the genesis of RH-negative blood types and the powerful families of the black nobility – no stone is left unturned.

Barbara Harris is a Joshua Tree-area historian and tour guide with particular interest in the enormous and mysterious Giant Rock boulder, seven stories tall, 25,000 tons and 5,800 sq. ft., which split in 2000. Though partially covered in graffiti and a gathering spot for locals, it maintains a mysterious, mystic energy that draws people from all over the world.