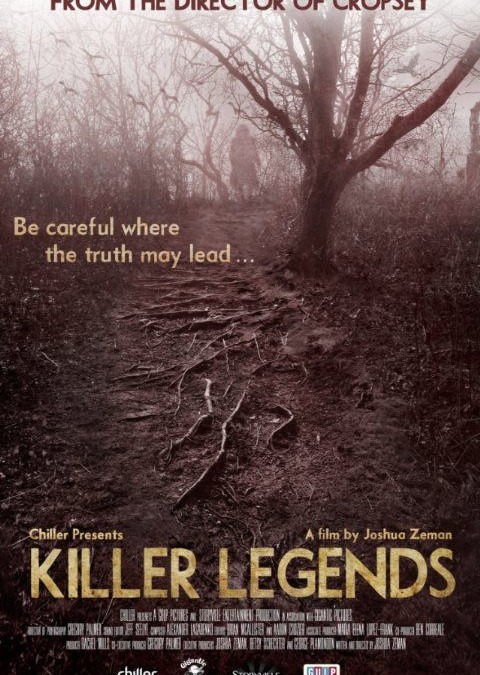 Tonight, Joel Sturgis and I welcome Josh Zeman and Rachel Mills to After Hours AM, one of the most listened-to paranormal radio shows in the country, airing every Thursday night at 9pE. I am honored to join the show as co-host!

No one working today knows urban legends better than filmmakers Josh Zeman and Rachel Mills. In Zeman’s 2009 award winning documentaryCropsey, he went looking for a legend from his own backyard and found a monster. Then in 2014 the pair created the two-hour feature documentary,Killer Legends, which just debuted on Netflix and is causing a sensation.

The Candyman, Killer Clowns, The Babysitter and the Man Upstairs, The Hookman. These are the terrifying stories that haunted our childhood. Tales told around the campfire, at midnight during a sleepover, before bedtime on a stormy night – stories that shook us to the core and kept us up at night.

Zeman and Mills set out to find the truth behind these legends, digging deep into the backstories, and found in each case a real historic event that inspired or “birthed” each legend. And they found something even more disturbing than the legends: real life monsters.

In 1946, Texarkana, Arkansas, was held hostage by fear when a masked man terrorized the community, leaving a trail of bodies in his wake. The brutal assaults became known as “The Moonlight Murders.” Eight young people were viciously attacked by what one survivor called “a man in a mask.”

He shot his victims and sexually assaulted the females. He violated one young girl with the barrel of his gun. It is this penetration with a metal object that experts believe is the origin of “The Hookman” legend.

Zeman and Mils discovered that a Hollywood production company was filming a remake of the 1976 horror film The Town that Dreaded Sundown, which fictionalized the real cases in Texarkana using the community and Spring Lake Park as the backdrop. The killer, nicknamed “The Phantom” both in the film and in real life, was never caught. Talk about art imitating life! That pretty much takes the cake.