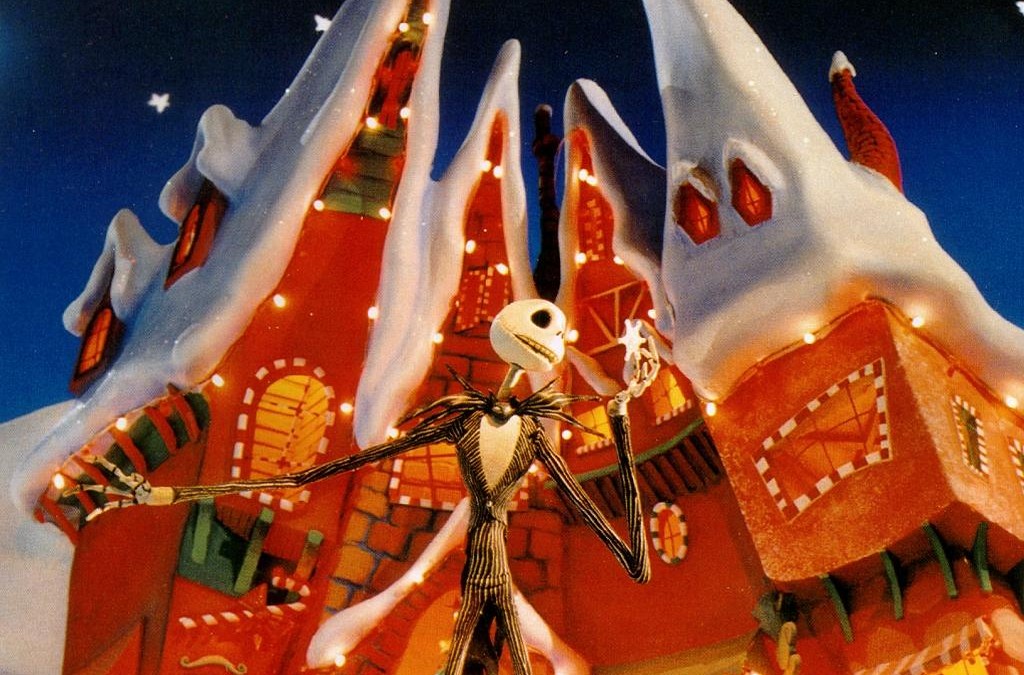 We are knee deep in our Halloween viewing miasma, though not deep enough given that we’re down to the final twelve days and inevitably some favorites will be missed. But nonetheless, we watched the sumptuous Collector’s Edition blu-ray of The Nightmare Before Christmas, the wildly imaginative and peculiar stop-motion animation musical classic dreamed up and produced (but not directed) by Tim Burton.

The plot is familiar to all but the insentient, but in a nutshell, Jack, the skeletal Pumpkin King of Halloween Town (not to be confused with the “Halloweentown” of the Disney TV movie series), who sings (often) with the voice of score composer Danny Elfman, has grown weary of his frightening duties and the whole dark milieu for that matter, and is entranced by a chance visit to Christmas Town, with its frosty air and warm hearts, its soft edges and candy apple color scheme.

But like the fish that has no awareness of water, Jack has no conception of the underlying themes and mores of Christmas and he views the whole exercise through Halloween-colored glasses. When he replaces Santa Claus, aka “Sandy Claws,” for his Christmas Eve world tour, the presents are ghastly, the reindeer are skeletal and 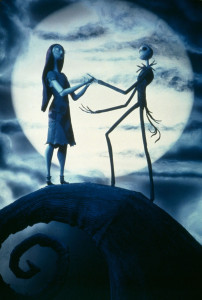 Jack ends up being blown out of the sky by a military that sees him as an impostor and a threat. Eventually the whole mess is straightened out, the worlds are set straight, and Jack ends up with his true love Sally.

Among other things, the story is a commentary on the yin-yang, dark-light dichotomy of the mythic, ancient fall and winter festivals; and holiday creep as big box stores simultaneously stock Halloween and Christmas decorations – in September. Disney has ignored the cautionary aspects of the tale and wholeheartedly supported the holiday mashup with their Haunted Mansion Holiday seasonal overlay of Disneyland’s iconic Haunted Mansion, working in images and characters from Nightmare from late September through early January.

Coincidentally, Nightmare director Henry Selick just addressed the age-old question of whether his film is a Christmas movie or a Halloween movie at the Telluride Horror Show film festival, telling a young questioner that the film is ultimately about “Halloween, and the people of Halloween, and how they react to something like Christmas.” So there. 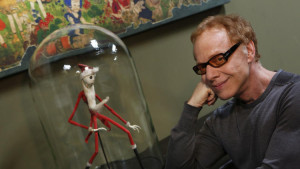 In even MORE TNBC news, Danny Elfman himself will be performing his role as Jack along with the film and an orchestra and chorus at the Hollywood Bowl in two sold-out performances on October 31 and November 1. It will be a sight (and sound) to behold.