On tonight’s smoking hot episode of After Hours AM/America’s Most Haunted at 9pE with hosts Joel Sturgis and Eric Olsen, after we survey the latest paranormal news from the AMH site and Twitter feed, we dig into an exclusive sneak preview of Destination America’s groundbreaking EXORCISM: LIVE!  event — which airs tomorrow, October 30, beginning at 9pE — with special guests Bishop James Long and legendary ghost adventurer Nick Groff!

Bishop James Long, Presiding Archbishop of the United States Old Catholic Church, knew at the tender age of 5 that he wanted to be a priest. By the age of 9, he also knew that he was called to study demonology and began research into what would become his life’s work. 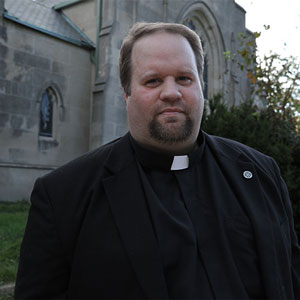 After years of studying for the Roman Catholic priesthood, Bishop Long felt that God was calling him to the United States Old Catholic Church, where he currently serves as Presiding Archbishop as well as exorcist. Bishop Long has performed 27 documented Solemn Rite of Exorcisms on people possessed by demonic entities, and hundreds of Minor Rite of Exorcisms on demonic entities who have infested a home or building. It is the Minor Rite that he will be performing on the St. Louis “Exorcist house” during EXORCISM: LIVE!

He is the author of Through the Eyes of an Exorcist and the founder of The Paranormal Clergy Institute, created to help home-owners and paranormal groups by providing information that will help defend against demonic entities. He also teaches an online introductory demonology course.

Nick Groff, world renowned co-founder of the Ghost Adventures Crew, is a veteran investigator of the Exorcist house. Groff has been fascinated with the paranormal ever since surviving a near-death experience as a child. He has been chasing ghosts for most of his life with the goal of finding new evidence of the afterlife and discovering a breakthrough in paranormal research. During the filming of a Ghost Adventures episode at the Exorcist house in 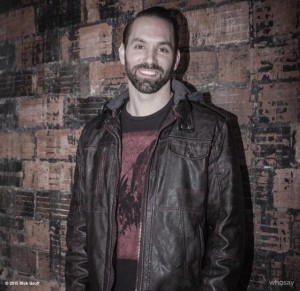 2011, a dark entity attached itself to Groff. The weight of the negative energy affected him long after returning home, and he eventually had his home cleansed.

Nick will be teasing his brand new TV project with Destination America during the EXORCISM: LIVE! broadcast.

It took 12 Jesuit priests four months to exorcise Roland Doe of the demons that possessed him. The real-life horror story went on to inspire the book and the movie The Exorcist. Now, 66 years after the original event, a new generation of paranormal experts will return to the home where it all happened to conduct the first-ever live televised exorcism in U.S. history and cleanse the house once and for all. EXORCISM: LIVE! airs Friday, October 30 at 9/8c on Destination America, the #1 home for paranormal programming this fall.