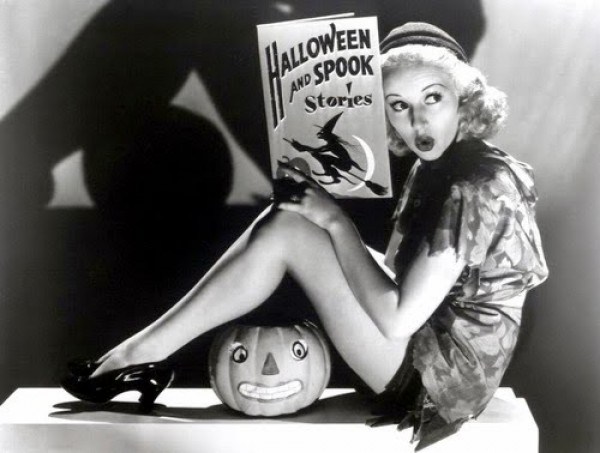 When many people think of “Halloween reading,” they think of tales of hauntings and horror. I think much more Halloween-specific, finding the evolution of the holiday from its ancient roots in the mists of time to the present $7 billion extravaganza of costumes, candy, haunted attractions, multi-media, spooky decorations, and darkly festive madness.

There are three books essential to an understanding of this evolution from sacred ritual of the pre-Christian Celts to the present day America-based, worldwide celebration: The Book of Halloween by Ruth Kelley; Halloween: An American Holiday, An American History by Lesley Pratt Bannatyne; and Death Makes a Holiday: A Cultural History of Halloween by David Skal.

Ruth Kelley’s The Book of Halloween was originally published nearly a century ago, in 1919, so long ago that the title still included an apostrophe between the two “e’s,” a step back in time in the holiday’s mutation that began with its original incarnation as the Celtic new year festival. Led by the Celtic priest class, the Druids, the Celts believed that on October 31, the “last night of the old year, the lord of death gathered together the souls of all those who had died in the passing year and had been condemned to live in the bodies of animals [particularly nasty people became black cats] to decree what forms they should inhabit for the next twelve months,” Kelley writes. Those sentences could be lightened by gifts and prayers.

With the flocks and herds driven in for the winter, fires were built on hilltops as a thanksgiving to the sun god Baal. The Druid priests then passed the new fire onto the people “to light their hearths, where all fires had been extinguished.” This blessed fire would then protect the home for the following year. Animal sacrifices were also made in the great hilltop bonfires, and omens and divinations for the following year were read by the Druid priests.

The next day, November 1, was Samhain, “summer’s end,” a sacred acknowledgment that for the next six months the sun would fall under the sway of winter darkness, which was associated with evil and death. At this time the spirits of the dead were near and could be called upon to aid with divination of the future, and with spells and charms to improve that future, “if care was taken not to anger them, and due honors paid.” 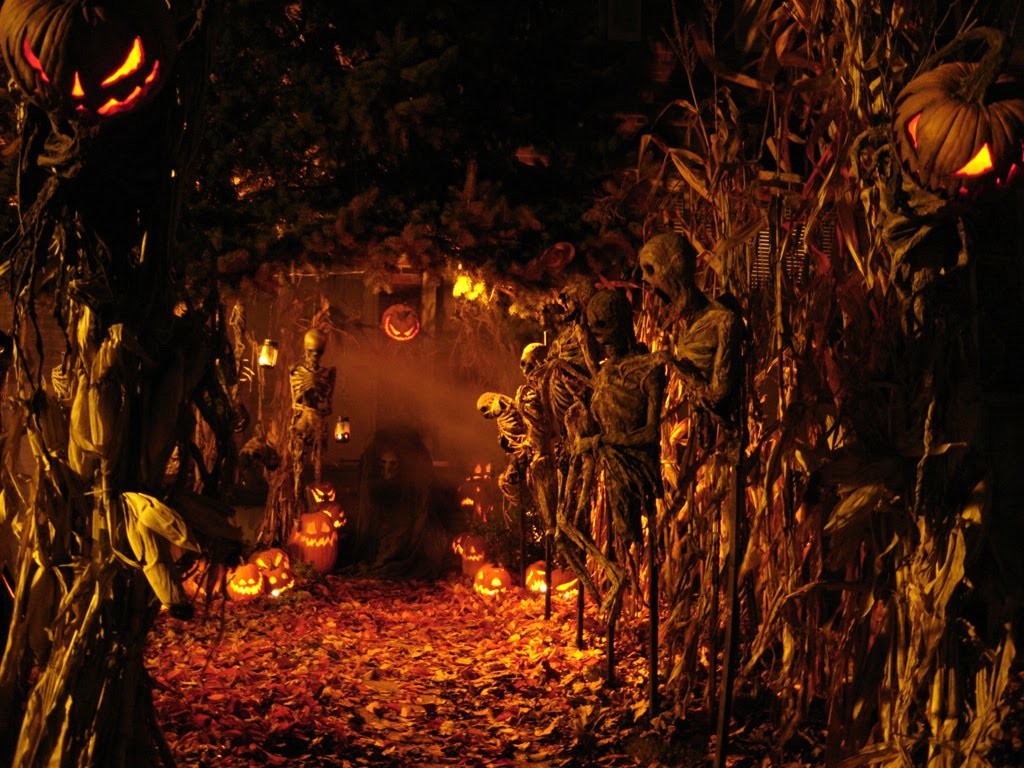 After the Roman empire’s conversion to Christianity in the fourth century AD, old pagan beliefs were suppressed, but their holidays, rather than being wiped off the calendar, were cleverly co-opted to reflect Christian beliefs. The autumn festival of Samhain became All Saints or All Hallows Day, in honor of all the Christian saints and martyrs. The night before became “All Hallows Eve,” eventually shortened to “Hallowe’en,” and by mid-2oth century, “Halloween.” The Christian celebration of the honored dead dovetailed very nicely with the old pagan celebration and helped ease the forced conversion. Similar transformations were made for many other pagan seasonal observations, including Christmas and Easter.

Kelley goes on to detail the fascinating Halloween customs, rituals, and legends of Halloween in Ireland, Scotland, England, Wales, France (the old Celtic stronghold of Brittany); the influence of Scandinavians and Germans who brought witchcraft and witches into the seasonal mix; and finally, of America. What’s particularly noteworthy is at the time of the book’s publication, 1919, so many Halloween traditions and activities centered around divining the future, in particular the future mates of young people – a tradition that has almost completely disappeared from current Halloween celebrations just a century later. A last vestige of Halloween’s divination past could be seen in the 1966 TV classic, It’s the Great Pumpkin, Charlie Brown, wherein the kids bobbed for apples at the Halloween party, the custom being that the first to successfully bite into an apple would be the first to marry.

Lesley Pratt Bannatyne published her Halloween: An American Holiday, an American History in 1990, and rather than focusing on the early history of Halloween and “current” (1919) customs as does Kelley, she digs with great detail and gusto into the winding and regionally varied evolution of Halloween on American soil, from the earliest colonial days, through the revolutionary period, the 19th century, and finally Halloween as we would recognize it in the early-to-mid 20th century.

Bannatyne opens by detailing the ancient origins of the holiday in much the same manner as Kelly, doing a particularly good job of explaining the contributions of the Roman harvest tribute to the goddess Pomona, and the English Protestant celebration of Guy Fawkes Day, which began in the 17th century and brought costumes and mischief into the Halloween mix.

As she moves to American soil in the early 1600’s, Bannatyne is particularly good at teasing out regional variations and ethnic contributions to the modern Halloween milieu, detailing the various legends behind the jack o lantern, the influence of African-Caribbean voodoo and ancestor worship, folk magic from any number of traditions, and contributions from the Mexican Day of the Dead.

Halloween as a modern social phenomenon was created in late-19th century America as the upper classes sought to “recapture the simplicity of an earlier time” and the “quainter, more entertaining aspects of holidays [including Halloween] were recaptured [or invented] by the wealthy.” This movement was facilitated by the blossoming of the American magazine, which published descriptions and customs of the holiday for a nationwide audience, “and what was once a melting cauldron of diverse Halloween traditions in America now emerged as a ‘new,’ more uniformly celebrated Victorian fete.”

David Skal’s Death Makes a Holiday, published in 2002, takes up where Bannatyne’s leaves off, focusing on the eruption of what he calls the “Halloween Machine” over the last 30 or 40 years, with the explosion in the haunted attraction and tourism industries; the almost infinite diversification of costumes and parties/events at which to wear them; the media mania of horror-themed movies, TV, books, comics, and the Internet and social media to help spread it all. Skal’s book is clever, funny, insightful, slightly subversive reading, and an absolute for how we got to where we are now.