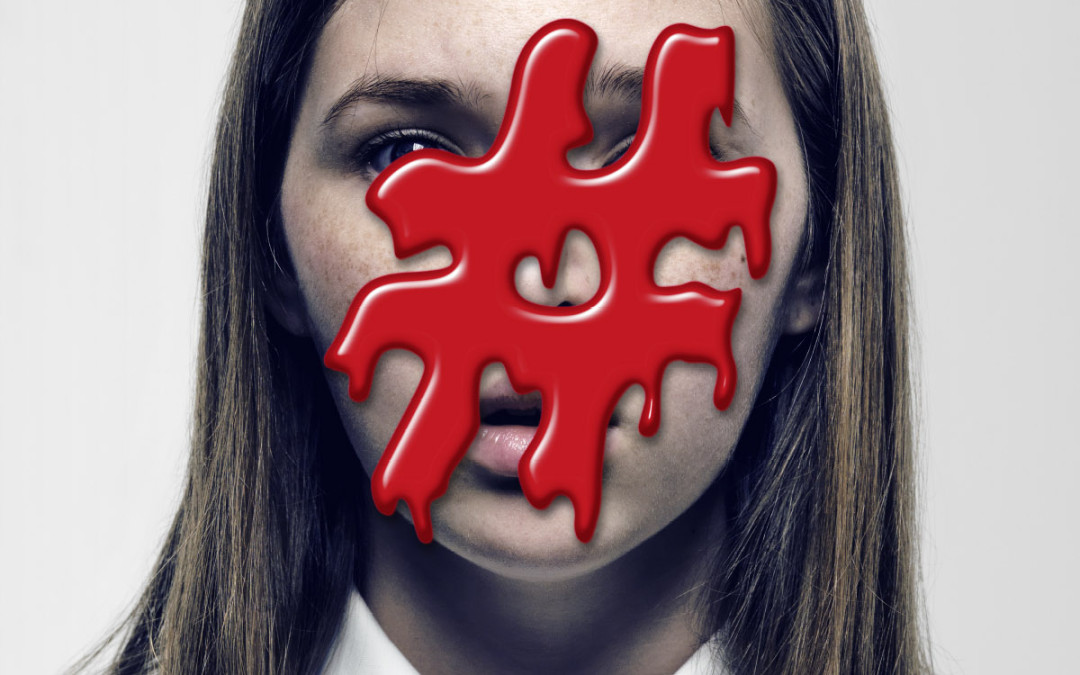 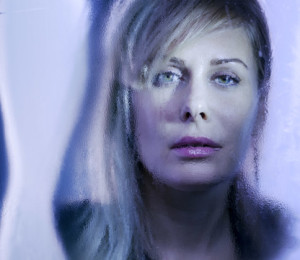 Actress, fashion designer, artist, activist, and now first-time feature filmmaker Tara Subkoff’s #Horror dazzles with bravura visual panache; important ideas on selfie culture, gadget addiction, and bullying; riveting performances by Chloe Sevigny, Timothy Hutton, and a gaggle of 12 year-old girls; and compelling suspense. But it ultimately loses sight of its storyline – or at least I did. Nonetheless, this is an impressively confident and accomplished debut and I’m dying to see what Subkoff comes up with next.

As we learned speaking with Subkoff last night on After Hours AM/America’s Most Haunted radio, the genesis of the tale is the shocking prevalence of bullying among tween and teen girls, which has been taken to a new quantum level of heinousness via social media. 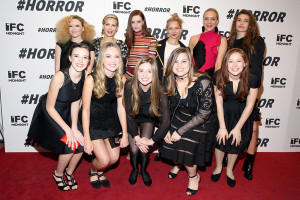 Bullying is nothing new, and being a “weird kid” Subkoff faced it herself, but in her day the trauma was limited by physical proximity. Once she got out of school, got off the bus, she got a break. At its worst she could have changed schools or even moved away. But there is no escape from social media – no matter where you go, there it is. Because so many kids — and adults for that matter — buy into the notion that the online world is somehow more real, more important, more interesting than the physical world, there is no escape from the pressure, and in the extreme, with no perceived way out, eventually something has to give.

And this horrifies Subkoff.

#Horror, distributed by IFC Midnight, follows a group of privileged, precocious, 12 year-old girls as they gather for a sleepover party at the new, architectural monstrosity of a house of art dealer Balthazar Getty (dispatched quickly at the beginning of the film) and his distracted, disaffected wife Chloe Sevigny, hosted by their daughter (Bridget McGarry). We follow recent widower Timothy Hutton, a plastic surgeon, as he drives his daughter (Haley Murphy) to the gathering, discussing her latest reprimand at school for cyber-bullying her peers (her “frienemies” if ever the word had meaning).

As the madly texting girl explains to her agitated, alternately stern and coddling father, she didn’t mean anything “mean” by what she posted about the girls, “that’s just the way we talk to each other.” She also states her guiding rule to the girls at the party, later, that “It isn’t mean if someone laughs – if it’s funny, it isn’t mean.” This jocular, insult-driven mode of interaction is again, nothing new, but removing it from the more nuanced context of real-world interaction to the stark arena of cyberspace strips the interaction of context, and compounding the damage, makes the insults omnipresent and permanent.

Tellingly, Hutton’s daughter will not put down her phone “for five minutes” (he shouts at her in exasperation) as he tries to talk things out with her in the car, before he eventually gives up in dismay and drops her off at the party. 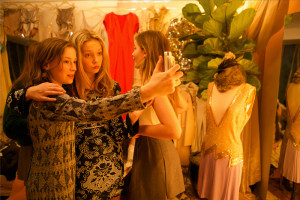 A bit later, Sevigny leaves the girls to themselves for some “me time” — catastrophically as it turns out — and the party alternates between the wild fun of dressing up, sipping champagne, posing for selfies, and running maniacally around the sprawling manse. Neatly conveying the online reality that consumes the girls, we get explosions of emojis, hash tags, and pinwheeling digital art that takes over the screen on a regular basis as the girls upload images, insults, and things spiral out of control.

And this is where confusion sets in. Between the quick cuts,  emoji eruptions, flashing lights, physical similarities of the girls, and frenetic action, I had a hard time keeping track of who was doing what to whom. Ultimately, as the girls are attacked, bloody images and video are uploaded to a social media horror game, which culminates in a frenzy of “likes,” Timothy Hutton impressively loses his everloving mind, and the killer is revealed. I believe. This could have been more clear.

If you’re in New York City tonight, writer/director Tara Subkoff will be attending the opening and participating in a Q&A at the IFC Center theater, and doing the same tomorrow at the Arena Cinema in Hollywood. #Horror will open more broadly on November 27 and is available on VOD.