The Walking Dead Finally Reveals Glenn’s Fate Will audience ordeal come back to bite the show? 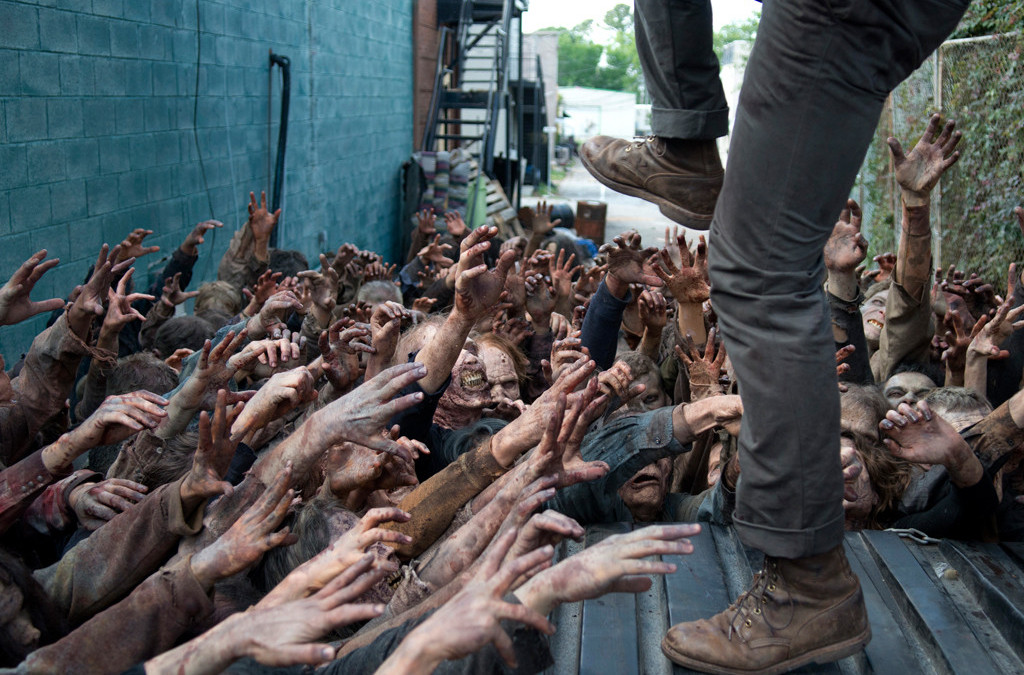 [SPOILERS ahead for The Walking Dead season six, episode seven, “Heads Up”]

In the end, after all the speculation, theorizing, deflecting, and a month of cliffhanging tension, Glenn lives, and it went down about exactly as the “dumpster theory” said it would. 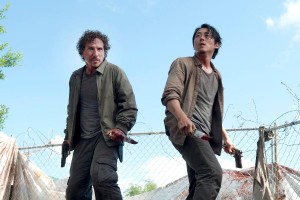 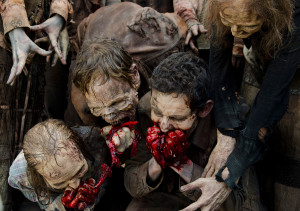 This we had already seen at the end of episode three: Glenn and Nicholas are cornered with their backs to a fence on top of a dumpster with a swarm of walkers clambering for them. Stupid, doomed Nicholas says “Thank you,” shoots himself, falls into Glenn, they both tumble into the morass of walkers. But now we see that Nicholas fell on top of Glenn, and as Nicholas is being eviscerated, Glenn crawls out from under him and scrambles under the dumpster. As walkers reach for him, he kills them, ironically creating a protective barrier of dead zombie flesh on the three exposed sides of the dumpster. Eventually the walkers drift off and Glenn emerges more or less intact.

Why did we have to wait that excruciating month to learn of Glenn’s fate? Show exec producer Scott Gimple joined actor Steven Yeun on The Talking Dead after the episode last night. “When people leave the walls, they don’t have cell phones,” Gimple said. “They aren’t rocking ’80s beepers. You don’t know what happens. You have no idea. When they leave that could be the last time you ever see them, and I think it was important to do a story this year about uncertainty and that the audience would share that uncertainty that the characters had like in episode five. Maggie didn’t know what happened to Glenn, and I wanted the audience to be exactly where she was, to feel the exact same way.” 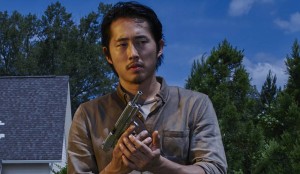 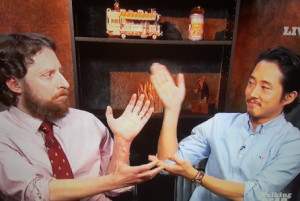 And, naturally, they wanted to totally eff with their huge, fawning but cantankerous, emotionally volatile audience. Whatever else this month of uncertainty might have been, it was also a little demonstration of power by the most watched show on television. “We know you love this character. Let’s see how much you REALLY care and how long you’re willing to wait to find out, mwa-ha-ha-ha-ha!”

Yeun said that at least we were waiting for something that turned out well. “I think it proves that this world still can take that story of the good guy winning sometimes,” he said. “I really like the fact that it’s not this bent of always seeking out something miserable happening on television or something terrible and sulking on that and rather just really accepting the fact that sometimes good guys survive.”

So Glenn and the audience survive to fight another day. It’s very hard to ignore the rumors that the baddest Big Bad of them all in the comics series upon which the show is based, the dreaded Negan, is showing up in the last episode of the season. In the comics, Negan kills Glenn.

The real question — now that we have the Glenn answer — is will the audience tuck away a nugget of resentment at being so baldly manipulated? Right now, in the midst of a mostly great season full of powerful emotional undercurrents, epic action, and quickening interaction with heinous bad guys, all is forgiven. But down the line, maybe when another key character is done in, maybe Glenn himself, will buried audience resentment come back to bite the show in the ass?

And we all know what happens to walker bites.