Ghostly Hall of Fame The restless spirits of Anne Boleyn, Abraham Lincoln, and other famous ghosts have been haunting halls for centuries 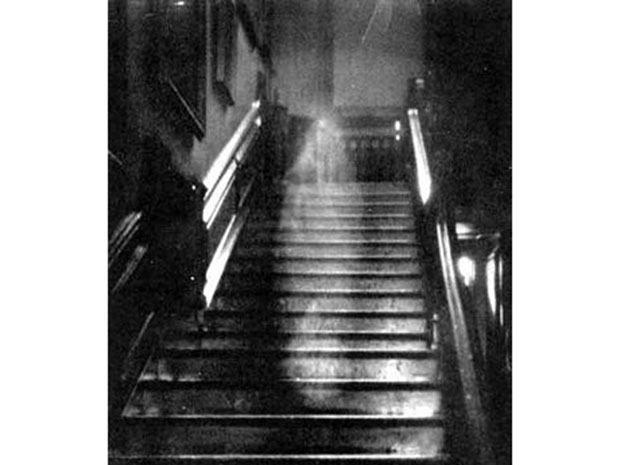 1. Ghostly Hall of Fame – The Brown Lady of Raynham Hall

Many paranormal encounters don’t have photographic evidence to go along with them. However, that’s not the case with the Brown Lady of Raynham Hall in Norfolk, England. The ghost belongs to Lady Dorothy Walpole who was born in 1686. She was married to Charles Townshend, a British statesman with a reportedly violent temper. He suspected Dorothy of committing adultery and locked her up in one of the rooms at Raynham Hall until her death in 1726. Some suspect the funeral was faked, and she actually died many years later, still locked away.

The above photo was taken in 1936 by Captain Hubert C. Provand, who worked for Country Life magazine. The Brown Lady can be seen descending the staircase of Raynham Hall, which she has haunted reportedly since her death in the 18th century. A portrait of her in Raynham Hall shows her in a brown dress, thus the name Brown Lady. 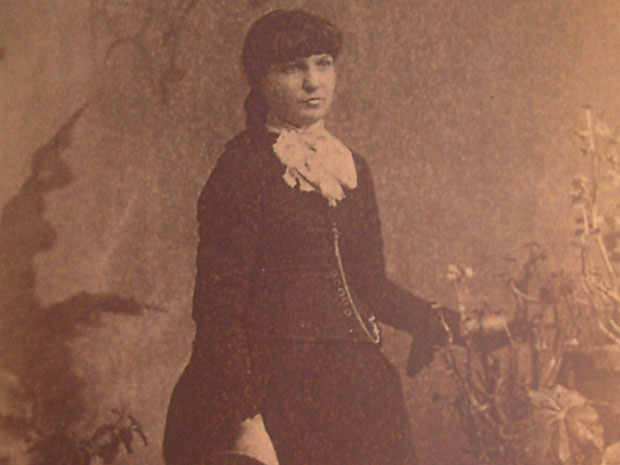 Called the “beautiful stranger,” Kate Morgan was born in 1864 Iowa, and when she was 36 years old, she abandoned her husband and son and ran away with a lover. She was hired as a housemaid in Los Angeles. Two years later, she checked into the Hotel del Coronado in Coronado, California. After five days at the hotel, she was found on a staircase dead from a supposedly self-inflicted gunshot wound to the head. However, the bullet found in her head did not match the ones in her gun. Kate is said to haunt the room she stayed in, as well as the room of a maid. She’s been seen walking the halls and looking out windows at the beach. The light bulb above where she was found dead never stays lit.

3. Ghostly Hall of Fame – The Children of Clifton Hall 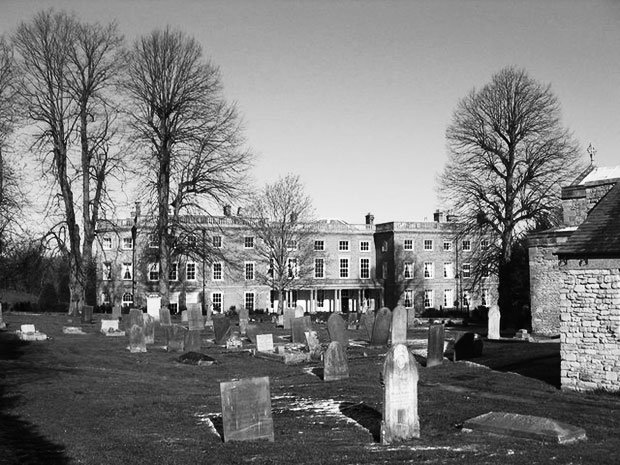 While the Nottinghamshire, England manor was built in the 11th century, the Clifton family bought the property in the late 13th century. The manor was pretty quiet for the next 700 years, and in the 1970s, it became Clifton Hall Girl’s Grammar School. Visitors have reported hearing a baby crying behind a door that is sealed off by bricks: It’s said that a maid grabbed the baby and jumped from the third floor, killing them both. They have also seen ghosts in the form of young children from the grammar school.

In 2007, a man named Anwar Rashid bought the manor. Not long after his family moved in, Rashid’s wife saw a spirit take the shape of their daughter. She saw the spirit in the living room, while her daughter was still asleep upstairs. After months of seeing the spirit, as well as hearing the sounds of a baby’s cries, Rashid began seeing what looked like blood spatters throughout the house. When he saw the spatter on the quilt of his 18-month-old son, he moved his family out after living in the manor only eight months. 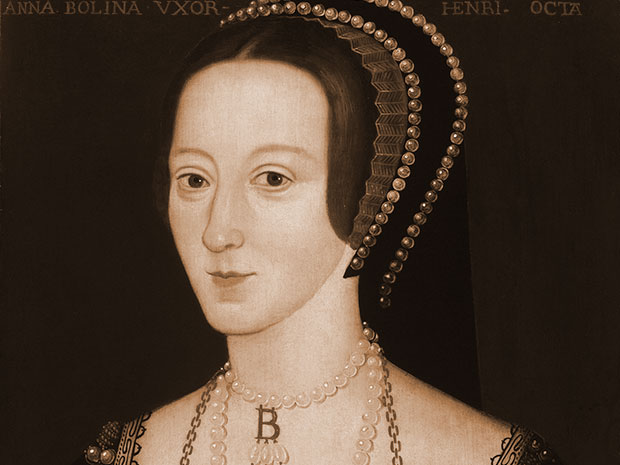 The story of Anne Boleyn is well known throughout the world. Anne married King Henry VIII of England but was unable to bear him a son. So the king accused her of treason, adultery, and incest and locked her away in the Tower of London. These accusations led to her execution by beheading. She is said to haunt many different places that she frequented during her life, such as her childhood home in Kent, the Tower of London where she was executed, and Windsor Castle where she lived with the king. In the castle, she can be seen gazing out a window. In the Tower of London, she wears a Tudor dress and a French hood, but with no face.

5. Ghostly Hall of Fame – The Ghosts of the LaLaurie Mansion 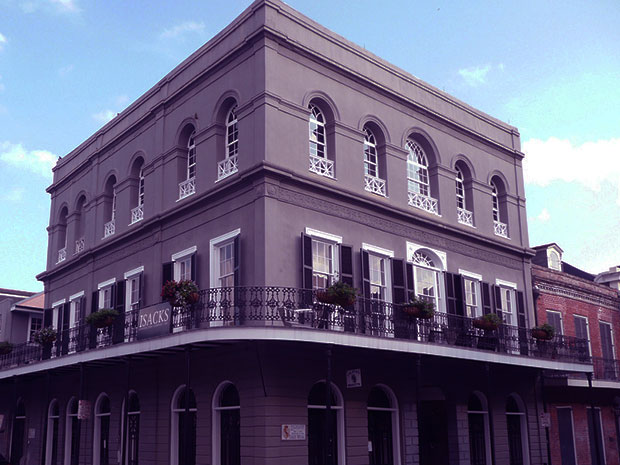 Born in 1780, Madame Delphine LaLaurie was a New Orleans socialite infamous for her inhumane treatment of her slaves. When her mansion caught fire in 1834, rescuers found it odd that none of her servants were helping her to evacuate. This inspired citizens to loot her house. Upon doing so, they discovered a torture chamber hidden away in the attic. LaLaurie chained her slaves to the wall, where they were tortured and starved to death. In 1838, she reportedly fled New Orleans with her slave driver. The rest of her life is undocumented, but it is believed that she died in Paris in 1849.

With such a gruesome history, it isn’t surprising that people believe Madame LaLaurie’s mansion is haunted. People have reported hearing screams coming from the attic as well as seeing a young slave girl running across the roof. Others have reported seeing a black man in chains. Even Madame LaLaurie herself has been spotted chasing a child with a whip through the house. 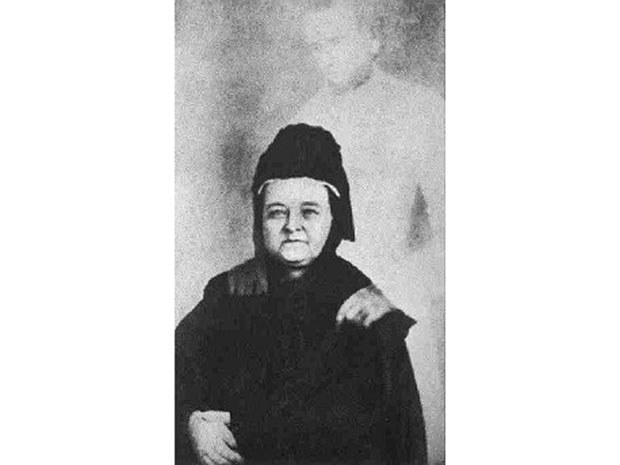 One of the most famous ghosts is that of former President Abraham Lincoln. Following his assassination in 1865, Honest Abe’s spirit went back home to the White House, where many people have reported seeing his ghostly figure. The original sighting was by Grace Coolidge, the first lady in the 1920s, who said she saw him looking at her through a window. In 1942, Queen Wilhelmina of the Netherlands fainted after waking up to a knock on her door and seeing Lincoln on the other side. On a visit to the White House in the 40s, Winston Churchill, after getting out of the bathtub and walking naked into an adjoining room, ran into Lincoln’s ghost.

In the above photo of Mary Todd Lincoln, what appears to be the ghost of her husband can be seen standing behind her. While this might have been simply the effect of a double exposure, the multitude of reported sightings of Lincoln’s ghost are compelling enough. 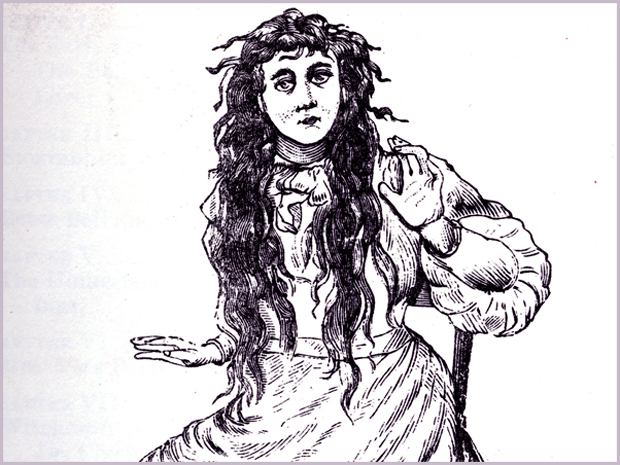 In the early 1800s, a man named John Bell moved his family to a town called Red River, Tennessee, now known as Adams. The haunting first began when Bell saw a dog with the head of a rabbit in a cornfield, and later that night, he heard the sounds of someone pounding on the walls of their cabin. The sounds continued for weeks, and Bell’s children even complained of hearing rats in their rooms and having their bed covers pulled from them. After a while, Bell’s youngest daughter claimed to have been slapped by the spirit and was left with welts and bruises on her body. The family and their neighbors claimed to have heard a woman’s voice speaking to them, at which point they called her the Bell Witch.

8. Ghostly Hall of Fame – Ghosts of the Stanley Hotel 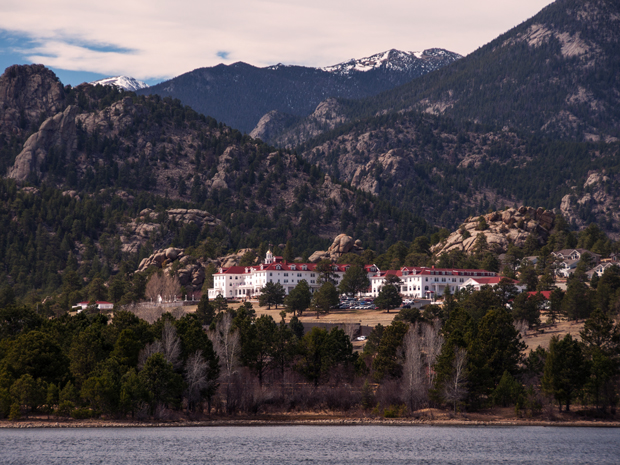 This hotel, located in Estes Park, Colorado, is known for being the inspiration of Stephen King’s novel The Shining, and for good reason. The hotel was built in 1909 by a man named Freelan Stanley, and the ghosts of Stanley and his wife, Flora, have been seen descending the staircase of the hotel. Stanley has also been seen in the administrative offices. Guests have reported hearing voices in the halls and having their covers yanked off them in the middle of the night. In 1911, a housekeeper was nearly killed by a gas leak in room 217, which is now one of the areas with the most spiritual activity in the hotel. Another active room is 418, where guests have heard the sounds of children playing at night. King himself even saw the ghost of a small child roaming the halls of the Stanley.

Her Touch was as Cold as Ice: A True Ghost Encounter

Madame LaLaurie: The Most Evil Woman in New Orleans