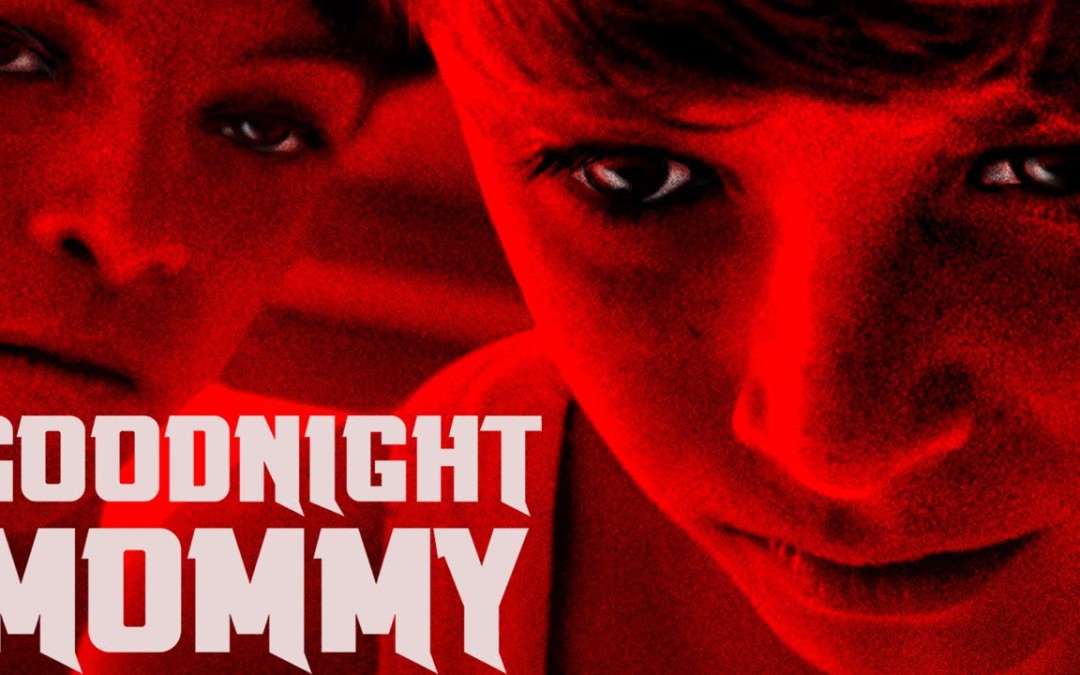 Creepy twins are nothing new to the horror genre: The Shining, Dead Ringers, Sisters, Basket Case. If you want an easy way to keep audiences on their toes, twins are always a winner. And the German horror Goodnight Mommy certainly delivers on its premise — even if you can see the big twist coming in the first five minutes. Don’t let that get in the way as writing/directing team Severin Fiala and Veronika Franz manage to pull out the stops in what will go down as the year’s creepiest film. Armed with a more than game cast in Susanne Wuest and twin boys Lukas and Elias Schwarz, they set out to make you squirm more and more as the film makes its way to its final reveal.

Anchor Bay Entertainment sets Goodnight Mommy loose on a 25GB disc, framed in a 2.39:1 aspect ratio with pretty fantastic results. While there may not be any 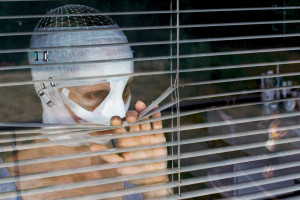 crush — aside from intentional — or aliasing — a small miracle considering the home is filled with blinds — the finale is riddled with excessive banding. Thankfully, detail is razor sharp, aside from a few inherited soft shots. Colors are muted for the most part, something that certainly helps when blood is finally spilled. The German 5.1 DTS-HD Master Audio track also makes the most of a full surround environment —most particularly when a storm blows through with plenty of wind, rain, and deep rumbling thunder. Music is sparse — I honestly can’t remember a single instance of it — so you never have to worry about missing dialogue. It’s not a problem anyway with the included English subtitles for the deaf and hearing impaired. 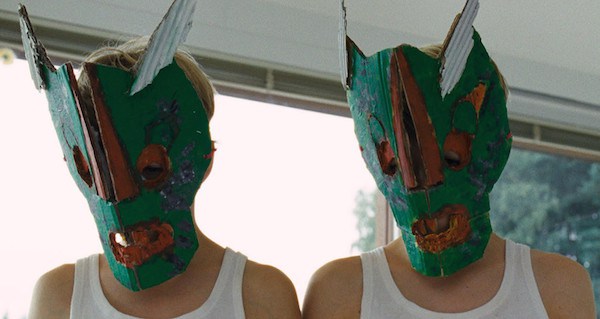 Considering how simplistic the film is, it’s no surprise that there’s only one special feature: “A Conversation with Filmmakers Veronika Franz & Severin Fiala.” Here, they discuss multiple aspects of the production, indicating the plot is based on their own real fears from childhood, and Fiala’s struggles with identity having a twin of his own. They also mention how they like the idea of how horror movies are essentially nightmares compressed into a controlled two-hour environment and how exciting they find it to wake up from a nightmare knowing that it was all just a dream. The film itself at times has a dreamlike quality, always keeping the audience on its toes.

Wuest and the Schwarz boys do a magnificent job keeping the audience enthralled in the deviousness no matter how extreme they start to get before the credits roll. My only complaint, surprisingly, is that the film feels like it could use another twist. Maybe it’s just the fact that I called it five minutes in, but at least they stick to the twist and never cheat. Goodnight Mommy is so highly-acclaimed right now that a Hollywood remake is inevitable, but I would say, aside from the ending, the film is damn near flawless. Filled with enough creepy visuals to haunt you long after it’s over, Goodnight Mommy lives up to the hype and is worth a look for anyone in need of fulfilling their annual horror quota in a year that’s been sorely lacking from anything this great.