The Haunting of James Caan in THE WAITING Exploring human depravity, weakness, and pain at SXSW 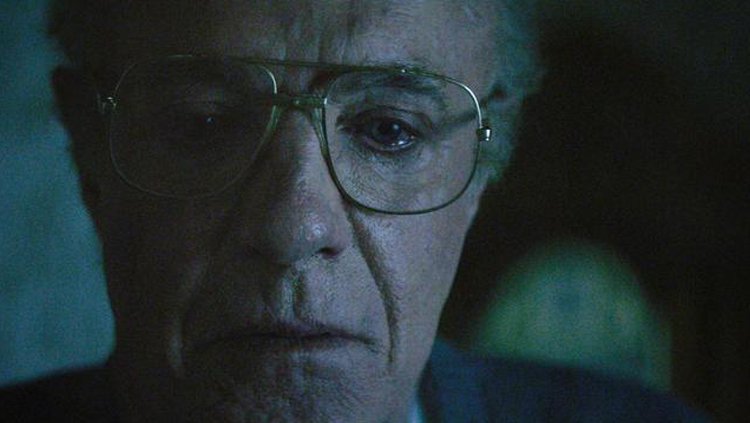 A film must have strong characters to be remembered. I will remember The Waiting for a long time, not only because of its characters, but because of how well they were used to explore human depravity, weakness and pain. Acting, writing and direction were all top notch.

The Waiting, which screened at South by Southwest (SXSW), an annual film, technology and music festival in Austin, Texas, lets us observe an ill-conceived experiment. Is it possible, using off-the-shelf technology, to convince someone that they are being haunted? And if you could do that, would filming it make you an internet star?

The subject of the experiment is played by James Caan (The Godfather, Misery, Elf). His character feels the pain.  He plays Harold Grainey, a lonely old man, disliked by the high school kids in his neighborhood, who becomes the subject of the technologically induced haunting. He has secrets, but they are not the ones that his tormentors imagine.

Caan’s performance in The Waiting is restrained and subtle. Over the course of the film you will be suspicious, dislike him and be sympathetic.

The depravity is brought by aspiring filmmaker Ethan, portrayed by Logan Miller (Scouts Guide to the Zombie Apocalypse, I’m in the Band). Scientists suspect that one in ten men is a sociopath – a person lacking in empathy who will use manipulation and reckless behavior to get what they want. Ethan is exactly that and Miller’s portrayal is spot on. He made me think of a teenage Hannibal Lecter.

Ethan conceived of the haunting and is convinced that filming it will get him “a million hits.”

The weakness is personified by Sean, played by Keir Gilchrist (United States of Tara, It Follows). Although the haunting was Ethan’s idea, all the technical expertise to pull it off resides in Sean’s brain. Sean, socially inept geek, lets himself be manipulated by Ethan, who controls him with threats of even more social ostracism than he already endures.

The Waiting – Writing and Direction

The writers, Mark Bianculli and Jeff Richard, did a masterful job in creating suspense on multiple levels. Will the boys elaborate prank be uncovered? What is the old man really up to?

We see through flash forwards that a trial is going on, but we are not sure exactly why, if someone might be dead and what has happened to whom. The story details are revealed slowly, enticingly, like the pieces of a jig-saw puzzle being put together before our eyes.

The Waiting is the first feature for director Kasra Farahani. His first short film, Noon, was optioned within 24 hours of its release by 20th Century Fox and Chernin Entertainment where it is in feature development.

In notes provided by DDA PR, Farahani said he was attracted to the script because the very premise of the film is “a misdirect.”

“Much like the characters in the film,” he said, “what the audience believes they’ve signed up to see quickly changes into something very different than they expected. In actuality, the story is an examination on prescient themes such as our culture’s increasingly casual attitude towards cruelty, the erosion of empathy as more and more human interactions happen via screens, and the ever growing obsession with fame.”

The Waiting is currently seeking distribution. You can watch a clip below.