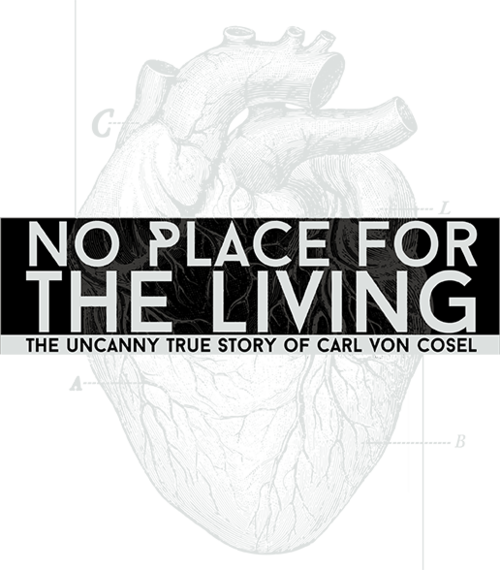 Tonight on a double-fisted episode of After Hours Am/America’s Most Haunted Radio we welcome filmmaker Ronni Thomas, who will be telling the macabre tale of a “mad scientist” who lived with a corpse for seven years, No Place for the Living; and a report from the new Home of Bigfoot, Remer, MN.

Most of us don’t think of northern Minnesota as top of the list for Squatchiness, but that hasn’t stopped the town of Remer from adopting the motto, “Home of Bigfoot,” nor prevented them from having a rollicking celebration of the big hairy fella this Saturday, April 9. To tell us about the town, its claim to Bigfoot fame, and the celebration this weekend, we welcome Marc Ruyak to the show. 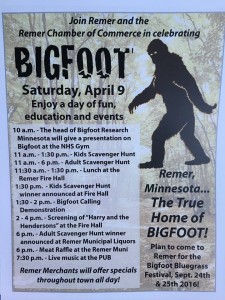 Around Remer, the stories about Bigfoot began to surface in the late 1800’s. People made mention of “something 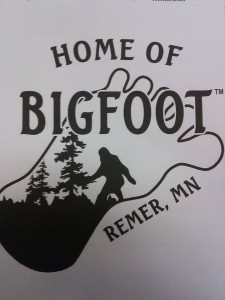 in the woods” and finally it became more than coincidence.  A flash of dark in the pines. A large set of footprints along the swamp. Rumor has it that William P. Remer, the founder or Remer, MN, found tracks in the early 1900’s, and that gave some credibility to the story.

Most of the tracks were in the woods east of Remer. The tracks were huge and they sank deep in the earth. Visual sightings happened in basically every direction around Remer and they were usually brief, almost like Bigfoot vanished into thin air. Every once in a while someone would find a small tuft or dark hair on the side of a balsam fir tree. There were stories of depressions on the ground that were lined with grass and pine boughs that were assumed to be beds.

Occasionally, people would leave small piles of berries or vegetables that they had picked out of their garden near the beds.  Always within a day or tow the piles were gone without a trace, but presumably appreciated. By 1910, sightings were more common and people seemed to peacefully coexist with Bigfoot.  In fact, that was the year that he gained his name. People around Remer talked fondly of “Bigfoot” and, “Have you seen Bigfoot today” could be heard all around town.

There was more than one.  Different sizes.  There were even Bigfoot children. “Saw Bigfoot at lunch today” husbands would tell their wives. “He disappeared behind the branches of a black spruce tree.” It seemed like the Bigfoot had certain patterns, certain feeding, bedding, and bathing areas. They often bathed near the lowland in the southeast corner of the main portion of Big Sand Lake. Townspeople avoided that area so as not to disturb the Bigfoot family. 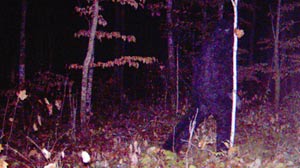 The stories continued through the 1920s and 1930s.  However, as the forests were cut it seemed that the families of Bigfoot moved to other areas of the state and attempted to stay in the more densely forested areas.  There were still sightings, but not in the usual areas, and not as often. 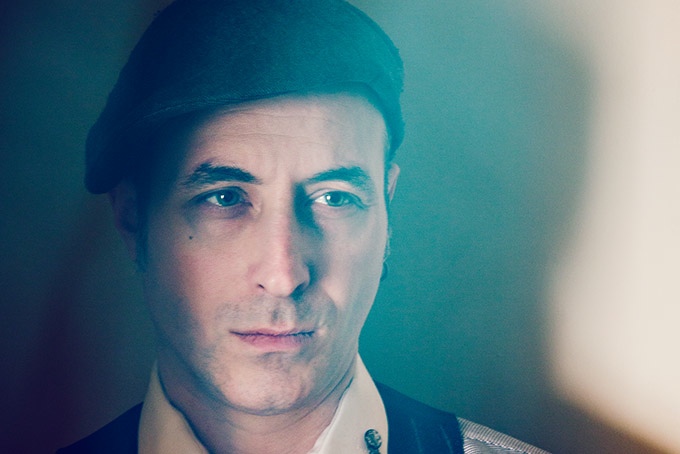 No Place For the Living will chronicle the true account of the life and strange obsessions of ‘Count’ Carl Von Cosel, who authorities discovered had lived with the corpse of Elena Hoyos for seven years. Von Cosel claimed to be in communication with her spirit and, like a latter-day Dr. Frankenstein, was convinced he could use groundbreaking scientific methods to bring her back to life. When the world learned the truth, their macabre “relationship” became a media sensation, now mostly forgotten.

The feature documentary film proposed, envisioned and directed by Ronni Thomas (award-winning short, Walter Potter: The Man Who Married Kittens, web series The Midnight Archive, and producer of the Ramone’s doc, Hey Is Dee Dee Home?), will be developed in collaboration with the peculiar and esteemed Morbid Anatomy Museum, where Thomas is filmmaker-in-residence. Thomas is seeking $50,000 in funding for the film through a Kickstarter campaign runing March 28 through April 26, 2016.

“The idea is not only to tell this bizarre story, but to understand it as well,” said filmmaker Ronni Thomas. “I want to make a film that challenges viewers to accept and even like Von Cosel, the way the world did when they first heard his story.” 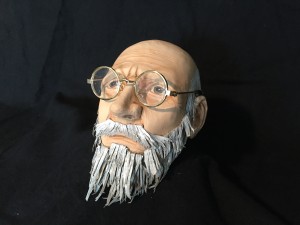 No Place for the Living will feature experts including Key West historians, authorities on the occult, artists, and psychologists to provide insight into Von Cosel’s story as it connects to the enduring conflict between science and spirituality. Taking inspiration from the poetic dreamscapes of filmmakers like Tim Burton and David Lynch, Thomas will tell the story of Von Cosel and his tale of macabre matrimony with the help of puppets used to reenact key moments of his life, as described in detail in Von Cosel’s own published journal.

“Puppetry is the art of animating the inanimate, making it the perfect approach for a story like this,” said Thomas. “Von Cosel not only pulled the strings on a physical corpse he was trying to reanimate, but metaphorically he pulled everyone’s strings, manipulating Hoyos’ family, the justice system, even public opinion.”

You will hear the story in Von Cosel’s own words, as recorded in his actual journal, and brought to life using puppets created by award-winning artist/puppeteer/filmmaker Robin Frohardt. The use of puppets is, beyond being a fun way to express the plot, a fitting symbol for a story about a man who was in himself a puppet master.