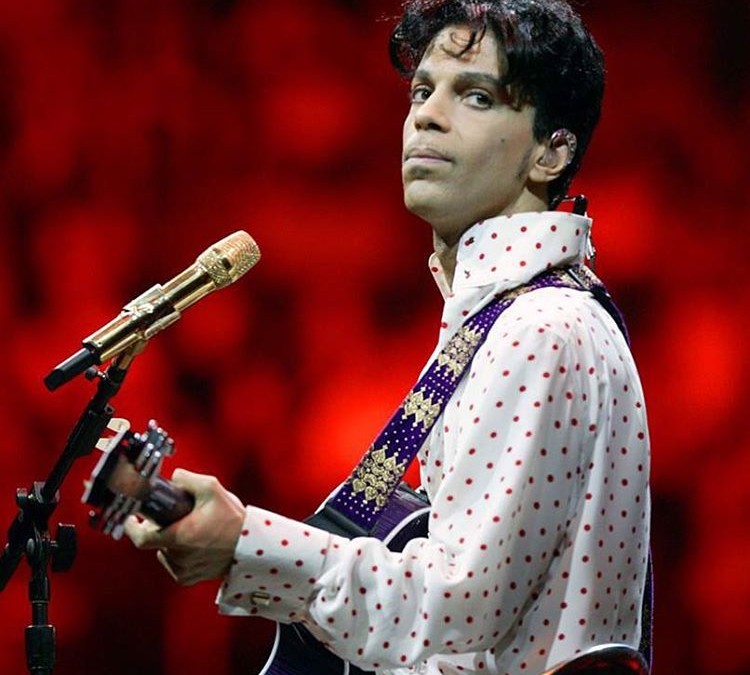 In a young year already slammed with musical deaths — David Bowie, Glenn Frey, Lemmy, Keith Emerson, George Martin, Merle Haggard, Maurice White, Paul Kantner — we now face the staggering blow that Prince, perhaps the greatest overall musician of his generation, is suddenly gone at the far too young age of 57. Besides being a huge Purple One fan since Dirty Mind, the monsters of the ’80s –– Prince, Michael Jackson, and Madonna — were all born the same year I was, 1958, and now two of the three are gone. Talk about intimations of mortality. And flu? The massively larger-than-life persona of Prince was done in by the flu? 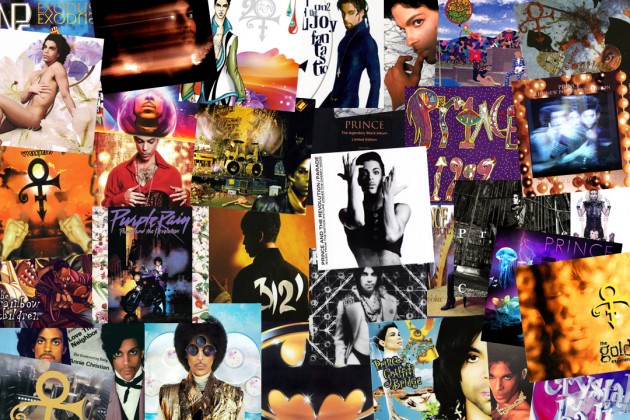 The Minneapolis Sound of the early-80s was a spirited blend of funk, disco, synth-pop, R&B, soul and rock played by a multi-racial, gender-blending group of musicians under the tutelage of the child prodigy Prince. Though obviously inspired by Sly and the Family Stone, Prince found his voice in the apparent duality of sex and God, rather than through Sly’s peace, love and drugs.

Prince channeled a fair amount of his quirky mystique into the careers of a collage of proteges: The Time (“Jungle Love,” “The Bird”), Vanity 6 (“Nasty Girl”), Apollonia 6 (“Sex Shooter”), Sheila E (“The Glamorous Life,” “A Love Bizarre”) and Sheena Easton (“Sugar Walls”) as well as members of his own bands the Revolution (Wendy and Lisa) and the New Power Generation. For a period of time in the mid-80s, the Purple One and his clan challenged Michael Jackson and Madonna for supremacy over the pop world.

Prince has made his mark with over fifty pop and R&B chart appearances, including five No. 1 singles (“When Doves Cry,” “Kiss,” “Let’s Go Crazy,” “Batdance,” “Cream”), five singles in the Top 5 (“Most Beautiful Girl In The World,” “Sign ‘O’ the Times,” “Raspberry Beret,” “U Got The Look,” “Purple Rain”), three No. 1 albums (Purple Rain, Around the World In a Day, Batman), in addition to the hugely successful film, Purple Rain. 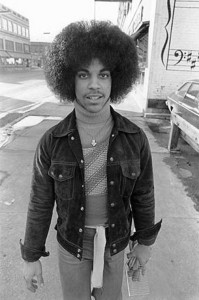 On June 7, 1958 in Minneapolis, the Prince Rogers Nelson graced the world with his royal presence. The young phenom (named after his father’s jazz combo, the “Prince Rogers Trio”) was deeply affected by his parent’s marital strife and subsequent family instability. After graduating from Central High School on his 18th birthday, Prince continued with his job at Moon Sound Studio, where mentor Chris Moon instructed the young Prince in production and Prince helped Moon write songs in a 50/50 split.

After the pair had no luck securing a deal, Moon contacted local ad man Owen Husney, who agreed to manage Prince, provided him with a small allowance, his first synth, and advised him to drop his last name. Husney’s past relationship with Warner Brothers V.P. Russ Thyret would prove pivotal to Prince’s signing. Husney’s belief in Prince’s talent was so strong that he insisted the young star be allowed to produce, write and play all instruments on his albums with Warner
Brothers.

After passing a “studio test” with producers Gary Katz, Russ Titelman, and Ted Templeman, Prince signed a six-figure contract – one of the largest ever for a new artist.

Prince’s debut album, For You, sold 150,000 copies and received a modicum of critical praise. “Soft And Wet/So Blue,” the first single from For You, sold 350,000 copies and reached No. 12 on the R&B chart. Prince’s third album, Dirty Mind, basically another one man show, started to make inroads with the pop audience, but didn’t have a strong single and was a step back commercially from his second album, Prince. “When You Were Mine” is the surprise of the album – a punchy, melodic new wave tune that could have come from the Police (and they would have been happy to have it).

Coming Into His Own 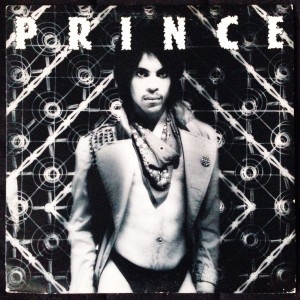 Dirty Mind was the artistic bridge between the Prince of the past and the one who became a superstar. Prince began 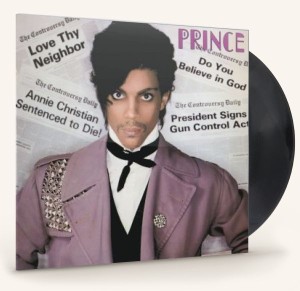 to gain a reputation as a highly charismatic, if over the top, performer: he stalked the stage in bikini briefs and high heeled boots, simulating sex with his guitar and various band members. This behavior raised eyebrows and inspired his next album title.

Controversy is bright synth pop splashed with black dance rhythms. Prince’s natural voice replaced much of the falsetto of previous albums. The title track is classic Prince that deals with the sexual, social and racial close-mindedness of the time with gospel intensity.

Controversy, released in October of ’81, was created during a prolific time in Prince’s career. In between Mind and Controversy, he put together a great funk group, The Time, which featured future production stars Jimmy “Jam” Harris (keyboards) and Terry Lewis (bass), Cynthia Johnson (original lead singer, who left to sing with Lipps, Inc. of “Funkytown” fame), guitarist Jesse Johnson (who went on to a solo career), and lead singer Morris Day (who sparred with Prince in the film Purple Rain, and had a solo hit with “Fishnet”). Though filled with raw talent, most of the magical moments on the Time’s first three albums were generated by Prince. 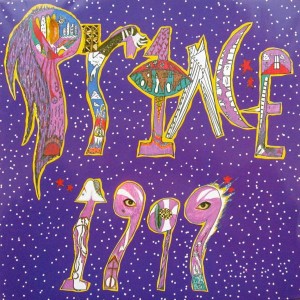 1999 is the Prince’s masterpiece. The double-LP format gave him more space to stretch out and he finally connected with the 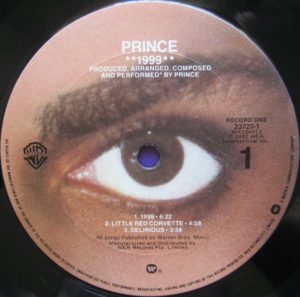 pop audience. Chock-full of hits, the album’s best include the apocalyptic “1999,” with its chunky guitar riffs, anthemic melody and jubilant vocal. “Little Red Corvette,” a musical comparison between the feminine mystique and a muscle car, succeeds on every level with the elegant tension of the verses answered by the flowing organs, pounding drums, orgasmic guitar and vocal ejaculations of Prince on the choruses.

Prince’s frenzy shifts into overdrive on the effervescent “Delirious,” and the funky, upbeat “Let’s Pretend We’re Married” is a manifestation of his Seventh Day Adventist upbringing: true carnal pleasure can only be achieved through guilt-free association, leading to self-deception.

Prince sold out numerous shows across the country on the “1999 Tour” (with Vanity 6 and the Time as supporting acts) and received Rolling Stone’s Artist of the Year for 1982 and Musician of the Year at the Black Music Awards.

While on the “1999 Tour,” Prince jottted down ideas in a “purple journal” he kept with him at all times. In that journal were the seeds of Purple Rain. With a multitude of individuals financing the project, the script was fleshed out and Prince was cast as the lead. Real Minneapolis scenesters (including The Time and Apollonia 6) formed much of the supporting cast. 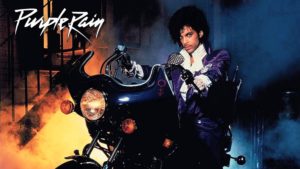 The semi-autobiographical plot tells of the struggles, rivalries and mercurial rise to fame of the “Kid” and the scene around him. The Purple Rain soundtrack spent twenty-four weeks at No. 1 on the pop charts and turned Prince into a superstar. The proceeds also allowed Prince to build Paisley Park, the full service recording studio and office complex near Minneapolis which served as his headquarters.

The title track, an echoey and bombastic pop ballad, was clearly overproduced, but rode all the way to No. 2 on the success of the film and the soundtrack. Prince has never again achieved this level of across-the-board success, but he has many other outstanding moments in his (too?) prolific career. Around The World in a Day was the follow up to Rain and Prince’s attempt to take the eclecticism of Rain even farther afield. The Beatlesque album produced a couple of hits, including the charming “Raspberry Beret,” but generated mixed reviews. 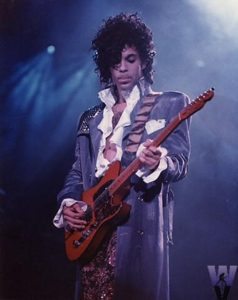 In 1986 Prince pursued another movie, Under The Cherry Moon, which attempted to elevate petulance to the level of artistic ideal. It flopped, but the soundtrack, Parade, yielded the jittery funk of “Kiss.”

The inspiration for 1987’s near-classic Sign O’ The Times dates back to Sly Stone’s dark and brooding There’s a Riot Goin’ On. Ghetto uprisings, deteriorating race relations and AIDS caused Prince to augment his sex-and-God ethos. The title track warns and confides. “Housequake” jams to an edgy hip-hop beat, and “I Could Never Take the Place of Your Man” is a brilliant pick up line delivered in one of Prince’s most infectious pop/rock melodies.

It has grown harder to separate the wheat from the chaff since Sign. The hard funk of “Alphabet Street” and “Gett Off,” and the lovely neo-soul of “The Most Beautiful Girl In the World” are Prince’s most pleasing songs of the late-80’s and ’90s. 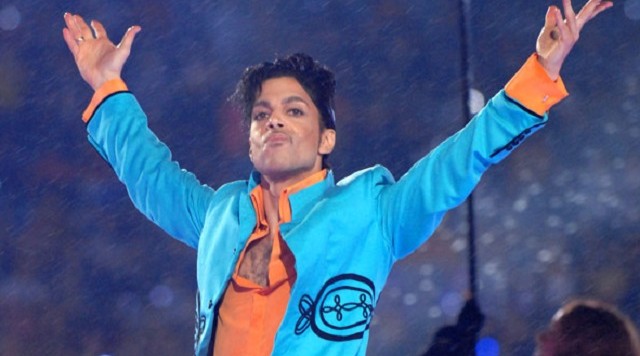 Prince has put out some outstanding music in the 21st century, though his legacy will always be rooted in the ’80s. His live performances continued to rock unabated, capped off with a stunning performance at the 2007 Super Bowl.

By Eric and Dawn Olsen