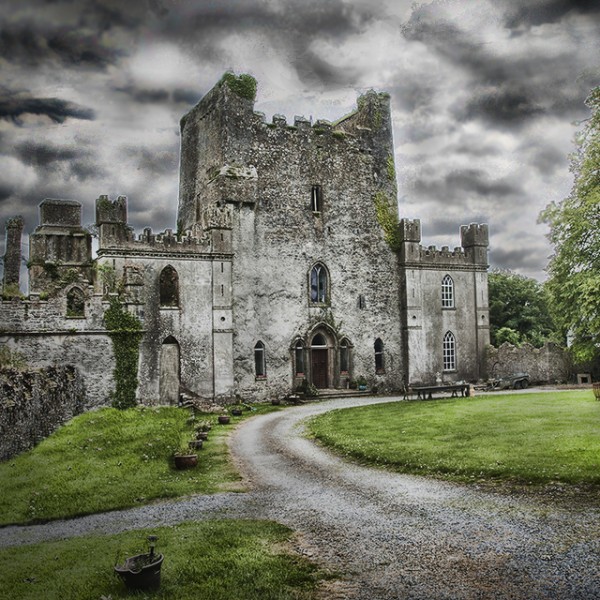 Contrary to visions of airborne death that its name might conjure, Ireland’s Leap Castle is not named after former residents leaping from its tall tower. Nevertheless, numerous families have occupied the castle in its nearly 800 years of existence, and many of those residents had one thing in common: violence.

Likely built around 1250 by the O’Bannon clan, Leap Castle (pronounced lep castle) holds a rich and fascinating history—much of which may never be fully known. The O’Bannons were ruled by the O’Carroll clan, who held the land until 1659, when it passed to the Darby family through marriage. Twice during the O’Carroll ruling, Gerald FitzGerald—the Earl of Kildar—attempted to seize the castle, but the O’Carrolls managed to regain ownership. The tales collected and passed through the years paint a bloody picture of generational disputes at Leap Castle, reading as a veritable who killed whom of inter-family murders.

One O’Carroll patriarch, Fearganhainm, was believed to have murdered a guest at the dinner table, and was later murdered by a member of the O’Mulloy clan. Fearganhainm’s son Teige was then killed by a clansman, who was subsequently killed by one of Teige’s brothers. Said clansman then died at the hands of one of his relatives. 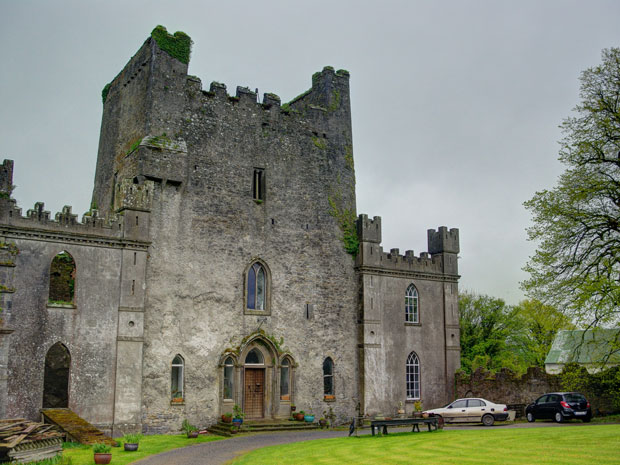 During the mid-1500s, feuding O’Carroll brothers vying for control of the castle after the death of their father continued this tradition of bloodshed. One of the brothers was a priest. While conducting a service for his family in the castle’s chapel, the priest was interrupted by his brother, who burst in and skewered him with a sword. The priest fell to the altar, dying in front of his family. The room would thereafter be referred to as the Bloody Chapel.

Adding to the Bloody Chapel’s dark history is the oubliette, a tiny chamber entered through a narrow door in the chapel’s northeastern corner. Originally designed as a safe room for valuables, the O’Carrolls reportedly used the chamber as a dungeon. Living prisoners were tossed into the room to die while bodies were dumped in and left to rot—the name oubliette derives from the French word meaning “to forget.” According to LeapCastle.net, cartloads of bones were unearthed from the cursed space in the late 19th century.

With such a grisly past, it’s no wonder that many believe Leap Castle is swarming with ghosts. One of the castle’s eerier spirits is known as the Elemental, a mysterious figure with a decomposing face and a putrid stench. Mildred Darby, who married into the Darby clan in the late-1800s, came face to face with the Elemental numerous times while living at Leap. A gothic horror writer who often featured the castle in her work, Mrs. Darby was also fascinated by the occult. She conducted multiple séances in the castle’s corridors, and some believe that her communications with the other side is what awoke the Elemental. 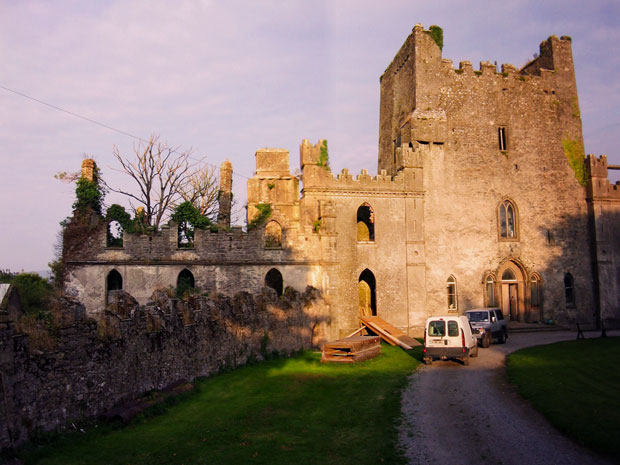 Today, Leap Castle is privately owned. Yet it continues to attract those interested in history and the paranormal. Its owner, Sean Ryan, arranges tours of the castle by appointment while continuing to restore the ancient structure to its original beauty.

WHAT’S INSIDE THE CAGE OF BONES?