“The Walking Dead: Michonne – Episode 3 – What We Deserve” for Playstation 4 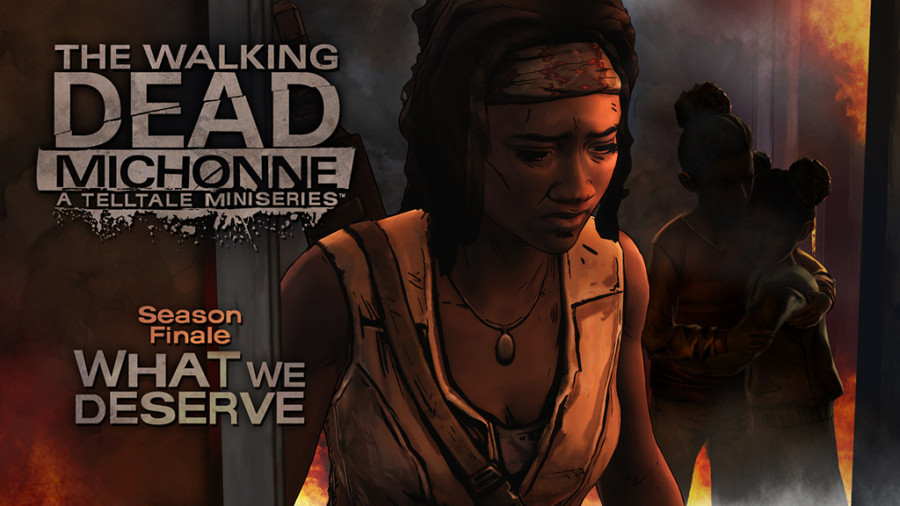 With Episode 3: What We Deserve, TellTale has wrapped up its The Walking Dead: Michonne mini-series. Throughout the three episodes, the blade wielding fan-favorite from both the comic books and television series has been expertly voiced by Orange Is The New Black’s Samira Wiley. Despite everything going for the project, it’s received mixed reviews, and I’ve personally complained about many of the adventure game series’ flaws. That being said, and after playing through the finale, I don’t really have much bad to say this last episode.

As with all of TellTales’ “Interactive Story” games, there isn’t a whole lot of gameplay. Most of the interaction there is, consists of dialogue choices and quick-time events where an animation is changed by a well-timed button press. There is minimal exploration, and even less puzzle solving. The combat mechanic is one of the worst I’ve seen, and there are serious technical issues with TellTales’ proprietary game engine. For the most part, each episode lives and dies by its story. With seemingly shorter and shorter episodes, those stories have become increasingly susceptible to criticism. 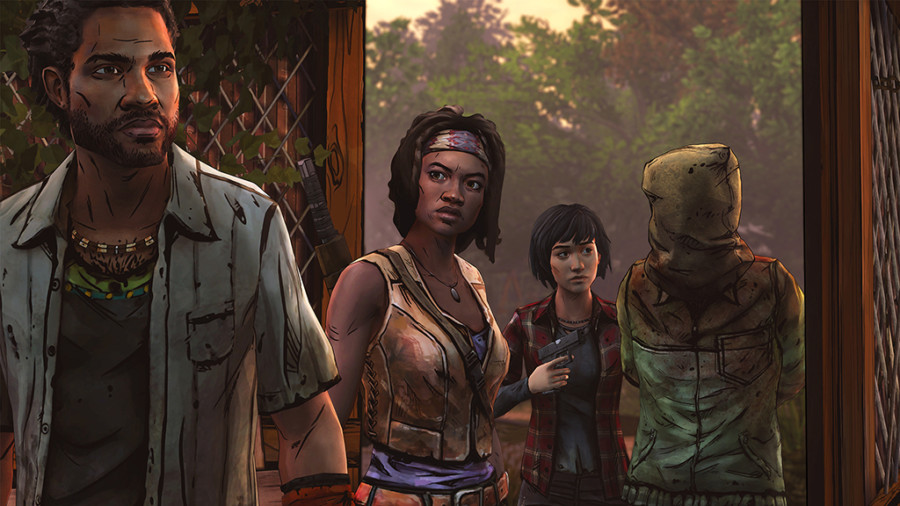 What made TellTales’ first season of The Walking Dead so memorable, was its ending. After spending the better part of a year and about 12 hours of gameplay, the conclusion was impactful, to say the least. The problem the Michonne series has is that it’s only about a third as long as the original The Walking Dead series, so drama that it tries to manufacture is relatively hollow. This is most evident in the beginning of The Walking Dead: Michonne – Episode 1, when what should be a traumatic sequence is rendered meaningless with its lack of context.

Luckily, Episode 3: What We Deserve benefits greatly from the preceding episodes. At this point, we know all of the characters, and more importantly, we understand why they feel and act the way they do. After being beat in the head with the visions of Michonne’s daughters, we can also finally empathize with some of her guilt. Fittingly, that guilt of abandoning her children plays an integral part in how the story wraps up. Of course that’s only after the nasty business with Norma, her brother, Randall, and their now homeless crew.

While The Walking Dead: Michonne – Episode 3: What We Deserve largely succeeds, I have to wonder, how much that is due to the failure of the first two episodes. There is still a bit shoehorning in the finale due to how short the episode is, but at least it’s fairly focused. Along with the finale’s release, TellTale announced the third season of The Walking Dead, and also revealed that we haven’t seen the last of Clementine. That is good news, but I can’t help but have lowered expectations, considering the recent changes in the developers’ adventure game formula.

The Walking Dead: Michonne is rated M (Mature) by the ESRB for Intense Violence, Blood and Gore, Strong Language. This game can also be found on: PlayStation 3, Xbox 360, and Xbox One.