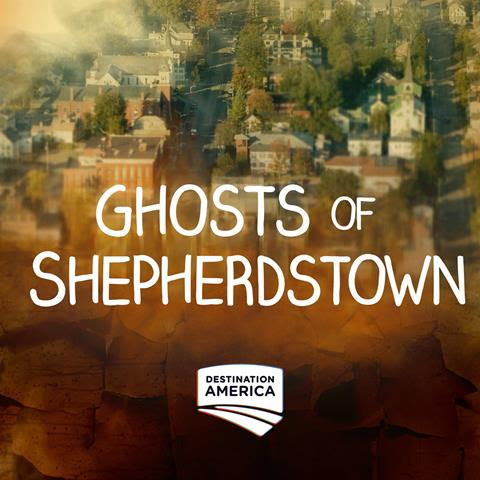 On tonight’s ghostly episode of After Hours AM/America’s Most Haunted Radio — Thursdays 8-11pE with hosts Joel Sturgis and Eric Olsen — we welcome Elizabeth Saint and Bill Hartley, co-stars of Nick Groff’s new paranormal series on Destination America, Ghosts of Shepherdstown, to talk about the eerie town and why it deserves its own paranormal investigation series. Elizabeth and Bill will join us in the 10pE hour. In the 9pE hour, Joel and Eric will dive into the week’s hot paranormal news, and Kirsten Klang will read your real ghost stories. Join us right here for the live show and the recorded podcast!

In Destination America’s all-new series Ghosts of Shepherdstown, cameras follow paranormal superstar Nick Groff; Bill Hartley, paranormal tech guru; and Elizabeth Saint, a paranormal sensitive, use their many and various skills to help residents restore peace to their homes and find out why Shepherdstown is such a hotbed for hauntings. In the first episode, premiering Sunday June 12 at 10/9c, Nick, Elizabeth, and Bill begin their investigation into the flood of paranormal activity in Shepherdstown, WV as they respond to their first case: a mysterious haunting at the local bakery. The terrified night-shift baker reports sightings of a figure in a gray Civil War uniform and strange objects falling past the window outside. With the help of a local historian and a gifted psychic, the team uncovers shocking details of the building’s role in the bloodiest battle in American history.

Called the “most haunted town in America,” Shepherdstown, W.Va., is known as much for its ghostly residents as it is for the local arts scene, university, and historic attractions. In a community of 1,750 people, almost everyone has experienced something they couldn’t explain. Shepherdstown’s five-man police department has been overwhelmed with 911 calls where the disturbances are paranormal, not criminal. This surge of supernatural activity has forced Sgt. Michael King, now Chief of Police, to enlist the aid of top-notch paranormal investigators to uncover the truth about objects that seem to vanish into thin air, disembodied voices, and faceless figures lurking in the shadows.

Shepherdstown, the oldest town in West Virginia, is home to hauntings, bizarre accidents and unsolved crimes. Each episode of Ghosts of Shepheredstown begins with a 911 call from a panicked and frightened resident experiencing unexplainable activity, such as the appearance of a body floating down the Potomac River, a sighting of a headless woman, or a piano playing on its own. After getting a call from Chief King alerting them to the incident, Nick, Bill and Elizabeth head to the scene and complete a full sweep for evidence of ghostly activity, ruling out non-paranormal explanations as they proceed. Once they gather leads, they enlist the help of local historians and psychics to help them in their quest for answers. Along the way, they track and compare clues to determine if there is a trend in these supernatural experiences that could explain the recent awakening of Shepherdstown’s spirits. 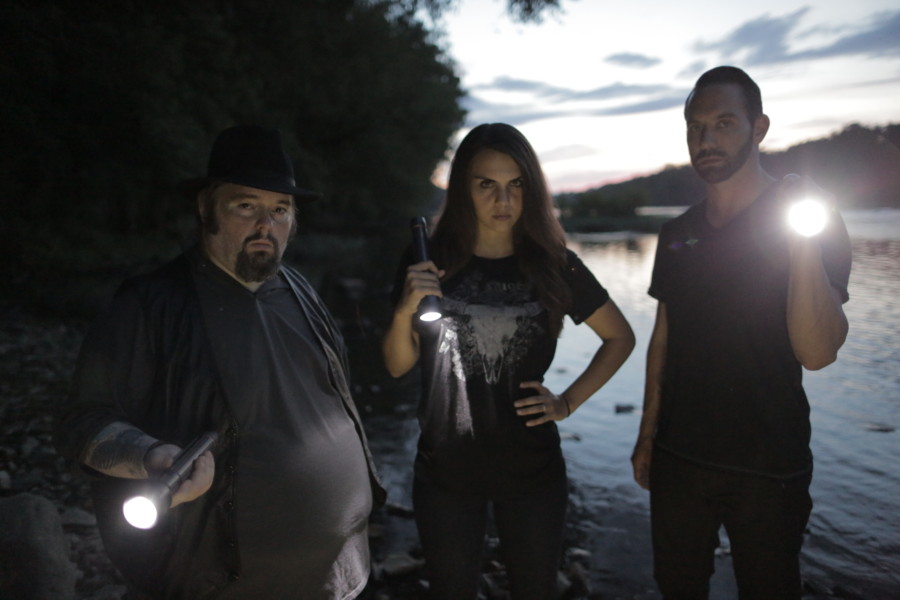 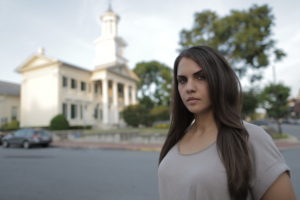 Elizabeth Saint is a renowned paranormal sensitive. The manifestations she first experienced as a child led her to pursue a life dedicated to explaining the unexplainable. Being struck by lightning on two separate occasions sparked Saint’s interest in the natural phenomena of electricity. While completing her B.S in Electrical Engineering, she worked as an Engineer Technician for the Department of Defense. During this time she also deepened her understanding as a sensitive by working with Maryland Paranormal Research as a Technician and Senior Investigator. Presently, Saint is exploring her new home state of Colorado and conducting solo investigations at commercial and residential locations along the Front Range. She uses her own engineered designs, under the name Ghostly Gadgets, during these investigations to further her research of the paranormal. 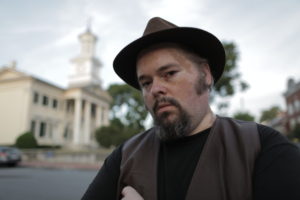 Bill Hartley’s introduction to the paranormal began during childhood, growing up in a house that was wrought with unusual paranormal activity. As an adult, he became a Civil War re-enactor and founded the Fighting 57th North Carolina, in which he reenacted as his ancestor 1st Sgt. Jonas Hartsell. After witnessing unusual activity at historic locations, Hartley was inspired to pursue paranormal investigation. The unexplainable phenomena Hartley witnessed led him on a journey to discover as much as he could about the paranormal. In 2006, he founded the Greater Maryland Paranormal Society and dedicated himself to helping others living in fear of the mysterious unknown. Hartley believes it is important to have a balanced point of view when it comes to the paranormal investigations. While he does believe locations can be haunted, he remains a skeptic at the same time. Hartley currently works at one of the most haunted locations in Maryland, the Westminster Hall and Burying Grounds that houses some of Maryland’s most historical figures including Edgar Allen Poe.