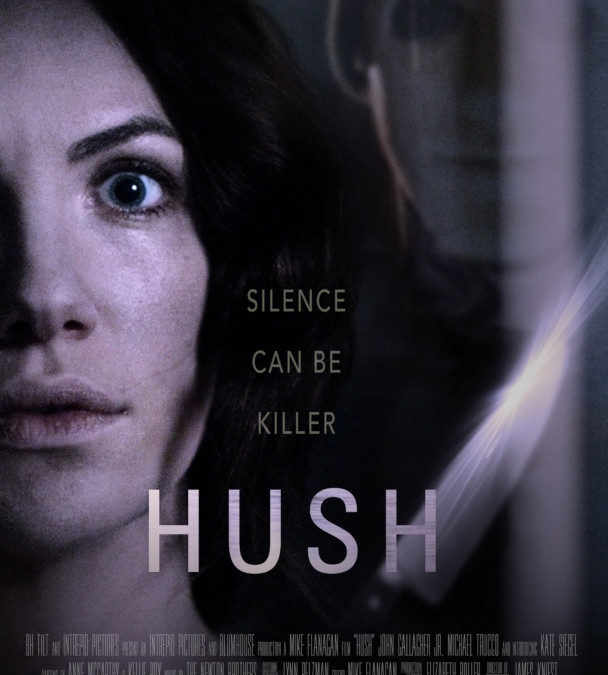 Low-budget thriller Hush cost less than $75,000 but still manages to be as scary as any high budget horror film. It’s “thinking person’s scary,” which some genre fans prefer to pure slice and dice, though there is certainly some of that as well.

Directed by Mike Flannigan (Oculus), Hush takes us through a single night, when a deaf author is attacked by a masked man. Flannigan co-wrote the film with Kate Siegel (who also plays the main character Maddie). Siegel and Flannigan share a house, and, in fact, several sources indicate they wrote the screenplay with their home layout as a blueprint. Siegel also starred in his Oculus.

Revealing the narrative through the eyes of a deaf person is an interesting idea for suspense. It really ratchets up the tension and allows for a few really spine tingling scenes requiring no CGI or music for that matter. Rumor has it that the original plan was to make the movie with no dialog at all.

Through a series of slashings and “intruder” scenes, the deaf Maddie learns she doesn’t have to be a victim. She fights back. Everything is filmed in a dark setting outside and inside the house, emphasizing the revenge element that weaves throughout, and leads us to what some will find a satisfying conclusion. 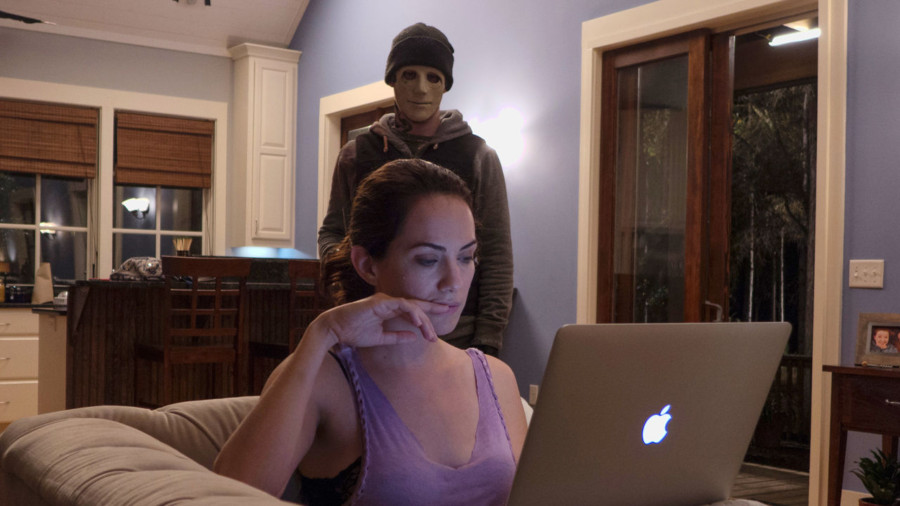 There are few casualties, few actors, but more than a few gallons of blood are spilled on scene.

Flannigan also presents a novel take on the killer’s mask, made especially frightening because it seems somehow painted or attached to the killer’s face. It’s another way to build scares using creative elements instead of spending a lot of money.

In a way, the movie reminded me of another low-budget movie, Insidious, which also provided plenty of scares on a minimal budget. Hush, Insidious and films like them prove that filmmakers don’t need millions of dollars to make a movie that will both scare and entertain.

Hush screened at SXSW for a panel of industry buyers. It did very well there but somehow ended up on Netflix, where I was fortunate enough to see it. Netflix could use more quality horror and suspense films like Hush. I had a lot of fun watching it, and highly recommend it. Imagine you have earplugs in and can’t hear a thing and you can’t hear anyone sneaking in the window either. Then imagine an intruder breathing on the back of your neck! This film makes the most of the simple scares and stands up well to big budget films.