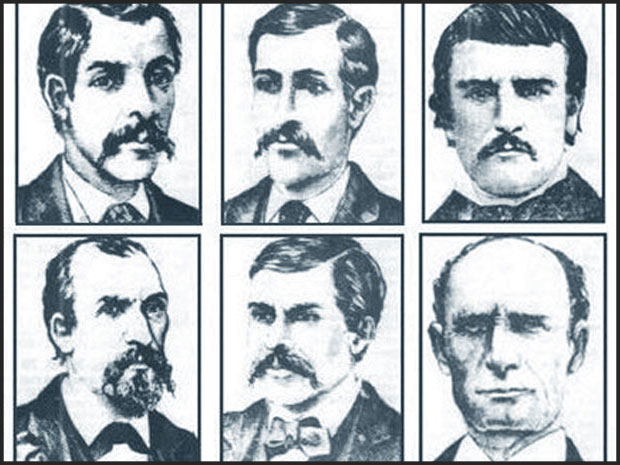 In July 1878, four men met at a hotel in Lebanon County, Pennsylvania, and hatched a sinister plot that yielded as many as six ghosts haunting Moonshine Church. They took out several life insurance policies totaling $8,000 on a neighbor named Joseph Raber. Raber lived with his housekeeper in a charcoal burner’s hut in the Blue Mountain region of Lebanon County. An impoverished man, Raber depended on the charity of others for support.

Officially, the men acquired the policies to take care of Raber for the rest of his life and to ensure that his burial expenses would be covered upon his death. In actuality, the men intended to “take care” of Raber permanently, and then collect the policy payouts for themselves.

Not long after the paperwork was signed, the four men hired two assassins to drown Raber in Indiantown Run. The scheme nearly worked; the coroner initially declared that Raber’s death was an accident. Raber’s remains were laid to rest in the Moonshine United Zion Church cemetery—just a stone’s throw from the river where his death occurred.

It wasn’t until the son-in-law of one of the original conspirators came forward to police that the men were arrested in connection with the death of Joseph Raber. 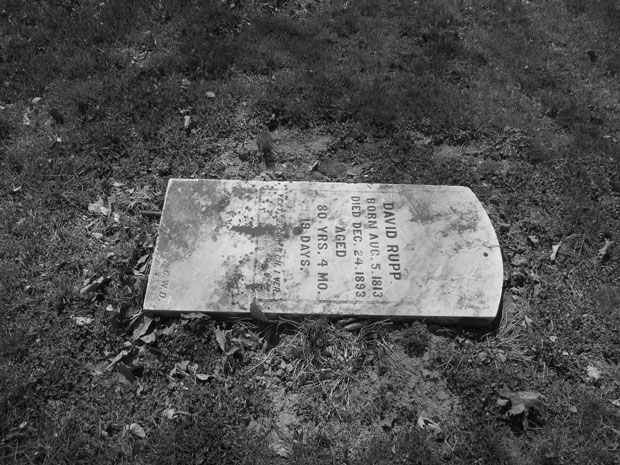 In an unprecedented court decision, all six men—the original four conspirators plus the two assassins—were tried together. This, along with the fact that each suspect had blue eyes, led newspapers to refer to the men as the Blue Eyed Six. All six were found guilty of the murder in April 1879, though one of the conspirators, George Zechman, was later granted a second trial and acquitted due to lack of direct evidence against him. The remaining five were sentenced to death by hanging.

The unusual nature of the crime and the striking nickname given to the killers inspired Sir Arthur Conan Doyle’s short story, “The Red-Headed League.” A variety of legends also sprung up around the case of the Blue Eyed Six—some more accurate than others. One tale claimed that the killers were interred alongside Raber in the Moonshine Church cemetery. Another maintained that the six were hanged from a tree in that very cemetery. While Raber was indeed buried at Moonshine Church, the executions of his attackers occurred at the county prison; their bodies were then buried in various graveyards around the county. 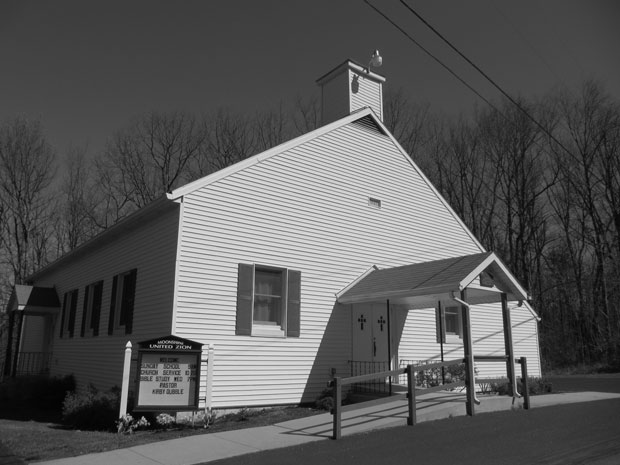 Such inconsistencies haven’t stopped the Moonshine Church from developing an extremely haunted reputation. Located on the Fort Indiantown Gap army base, Moonshine Church is named after Henry Moonshine (1760-1836). Moonshine donated the land in memory of his son, who died at the age of 14 around the turn of the 19th century. The cemetery where Joseph Raber is buried—and where his headstone can still be viewed—is adjacent to the church.

Originally a log cabin served as the site’s worship house. When the cabin burned down in the 1960s it was replaced by the elongated white church that stands there today. As for the spirits that reportedly haunt the property? Many draw direct connections to the Blue Eyed Six and the murder of Joseph Raber. 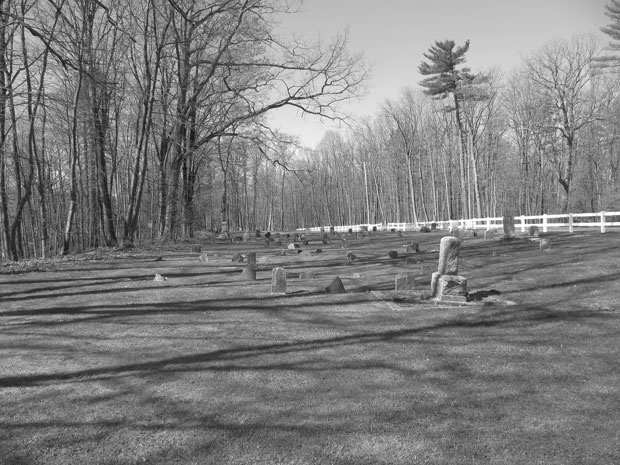 Visitors have encountered flickering blue lights or glowing blue eyes hovering around the Moonshine Church cemetery. Some say that the blue lights come in a configuration of six, and that they are the spirits of the Blue Eyed Six, paying penance for their crime. Others claim to have seen the ghost of Raber himself, wandering through the cemetery or lurking within Moonshine Church at night. The ghosts of fallen soldiers and deceased members of the Moonshine family have also been seen.

Not every tale associated with Moonshine is connected to the Blue Eyed Six, however. One especially sinister local legend claims that the church was once a “murder house” where many people were killed. This story says that if you go into the woods behind the church at midnight, you’ll not be able to find your way out again, or that if you approach the church from the back, a pentagram can be seen on its back door. And of course, if you approach the church after hours, you are cautioned not to look in the windows—or you might see ghosts gliding between the pews.

Ghost Light in the Window: The Drish House Haunting

The Ghosts of Richmond’s Hollywood Cemetery