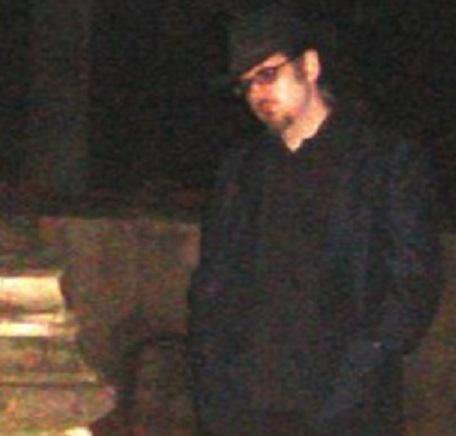 On this particularly freewheeling and wide ranging episode of After Hours AM/America’s Most Haunted Radio — Thursdays 9-11pE with hosts Joel Sturgis and Eric Olsen —  we talk with mysterious magician, illusionist, paranormal debunker, and writer Daniel Rumanos. Rumanos is author of the entertaining and exciting “The Weird Adventures of Daniel Rumanos” series of supernatural detective stories, and is also president of the Dracula Society of Maryland. We will speak with Daniel in the 10pE hour. In the 9pE hour we’ll have the monthly return of forensic psychologist Dr. Clarissa Cole to the program keeping us fascinated with the wily ways of serial killers, and we’ll also be joined by Kirsten Klang with your real ghost stories! 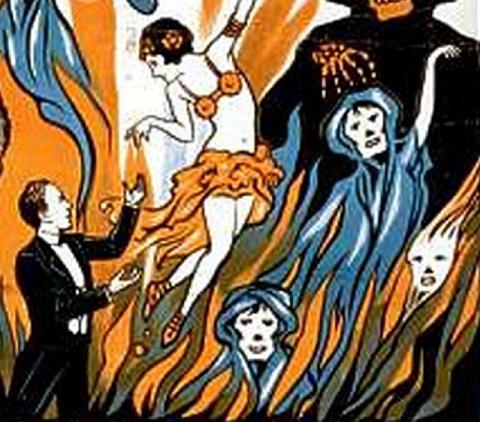 Among his various personas, Daniel Rumanos is “Rumanos the Conjurer,” whose efforts are described as “amazing entertainment for parties, corporate events, festivals, theatres, and more!” As to his paranormal debunking, Rumanos says, “The current fad for the paranormal is actually, in a matter of speaking, a form of what could be called ‘psychic pornography.’ In other words, people are using it to make their world seem much more interesting than it actually is. Just as looking at sexual ‘porn’ is easier than finding and maintaining a fulfilling and rewarding relationship with another person, so does believing that they or someone they know can talk to spirits and so on give people the delusion that they are somehow living a more adventurous life.”

“The Weird Adventures of Daniel Rumanos” is a long-running series of supernatural/scifi fiction stories featuring a magician/detective who happens to be named “Daniel Rumanos.” The “paranormal James Bond” figure is blessed with “the superior genes of the mysterious Watchers of the Daemon-Star ALGOL.” This extraterrestrial heritage grants him numerous powers and abilities that appear as “magic” to Earthlings. The character protects the human race from supernatural and extraterrestrial terrors. In so doing he encounters a never-ending assortment of grotesque monsters, mad villains, and of course, beautiful young women.

A few of the stories in the “The Weird Adventures of Daniel Rumanos” series include:

“The Mystery of the Missing Pentagram”

Dr. Daniel Rumanos, Parapsychologist and Ghost Hunter, owner of Gargoyle’s Paranormal Investigations, is visited by a mysterious Denise Archer. She seeks his expertise and experience in retrieving a pendant that was stolen from her. This case leads him to the discovery of a pseudo-Satanist group, known as the “Cult of Asmodeus”. Asmodeus is a powerful demon.

Dr. Rumanos receives an email from a group of Satanists, known as the “Rocky Mountain Goats”, requesting his help. This leads him to the Christian sect, known as Crown of Thorns Ministries, led by the evil Dr. Patrick MacHann, a mad scientist, and religious cult leader. In his quest to stop MacHann’s atrocities, he comes across Katrina LeVay, also known as “Heaven’s Hell”, who was an experiment of the devious MacHann.

“The Cauldron of Fear”

Dr. Rumanos is approached by Caitlyn Clem, a 17-year-old young woman, who seeks his help in saving her and her mother, Shelley Clem, who had fallen under a spell of the Meredith Moises. This leads him to the discovery of a witch coven, run by the evil Asmodeus, who wants to use Caitlyn, as a sacrifice to the demon, to conceive his baby.

Dr. Daniel Rumanos discovers that his love, Katrina LeVay is missing and searches for her. The search leads him to the evil Dr. Patrick MacHann, who has mysteriously come back and is back to his old ways. Now, MacHann has a new creation for Rumanos that proves to be much more powerful than he.