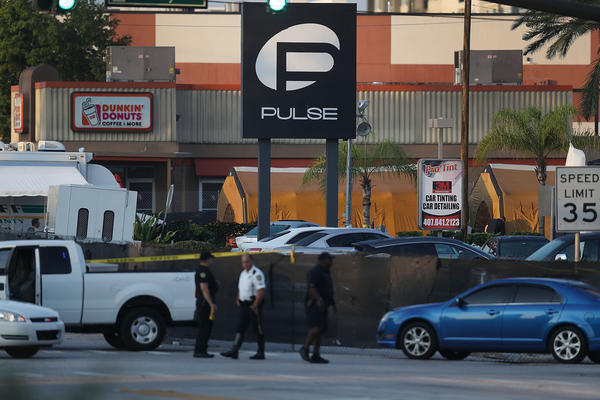 In the wake of the recent mass murder in Orlando, Florida, it feels important to me to shed some light on how the popular media has handled (and always seems to handle) mass murderers.

Whether it’s a school shooting, a rampage in a mall, or a man at the top of a clock tower with a sniper rifle, it seems like the media always goes with the very first utterances that they hear regarding the motivation for the crime.  There is little to no fact-checking in the haste to dish the public a reason – any reason – to explain the tragedy.  And the result is that a lot of hate gets stirred up about an ideological motive that never existed in the first place…because we buy it and run with it.

Well, to explain it in terms that are easier to understand: we want answers that make sense, and criminals lie.

Whenever a mass murder takes place, the media, the police, and society are looking for that big “Ah-ha!” moment where we get to see into the mind of the mass murderer. We want answers as soon as possible and we want those answers to fit with our impression of who we believe commits these atrocities. The crazier the perpetrator sounds, the better. If he’s a right (or left)-wing-nut with a gun and a political/racial/religious agenda, we can all sit back and opine from our armchairs about gun control, terrorism, or border control. In short, it makes us feel removed because someone like that couldn’t be living in our community, right? And if he is, we can identify him by his skin color, style of dress, or accent, right? Besides, we know we’re correct about this because the killer himself identified with “a cause” during his dying breath. No one would lie at that moment, right?

But what does the personal history of the perpetrator say?

What does the psychology of the typical mass murderer say?

Unfortunately, the research into the backgrounds of many mass murderers says that it’s not uncommon for them to claim a “higher cause” as the inspiration for their horrifying deeds. In fact, the perpetrator themselves may have ties to hate groups and believe their own rhetoric. But when it comes to the psychology of what prompted the attack, the answer is almost always the same: Alienation from Peers and Personal Failure. While the propaganda and hate speech contributed to them being noxious people with fringe views/beliefs, that alone didn’t push them over the edge. Their personal experiences of failure and alienation did.

From as early on as his medical internship, it is known that Hasan received “counseling” and “extra supervision” because he apparently wasn’t up to standard in his chosen profession (psychiatry). Before being transferred to Fort Hood, he received a poor performance evaluation. But, prior to that, Hasan had been “enchanted” by the idea of serving in the American military. He’d made it his life’s goal to rise through the ranks. But, through counseling soldiers returning from war, Hasan became “mortified” by the idea of being sent overseas and serving in a combat zone.  In fact, he so feared being deployed that he hired a military attorney to try to “pay back the government and get out of the military,” to no avail. Hasan argued that Muslims should be given a pass as “conscientious objectors” from ever having to see combat, but that too, was rejected. In time, he stated that he was being discriminated against due to his Islamic faith – though there are no other sources to corroborate this.

After Hasan’s parents died in 2001, Hasan became an even more devout Muslim who was essentially bent on punishing his employers for not agreeing with his wishes. He began posting inflammatory statements on internet sites and identifying with radicalized Islam. He contacted terrorist leader Al-Awlaki via email and begged him to join his ranks. Furthermore, neighbors said that Hasan appeared to be perpetually single, and isolated. Before the shootings, however, he began giving away his sparse belongings to strangers.

Then, in 2009, Hasan went to work at Fort Hood, as usual – except that he was armed and shot 13 people, while loudly professing his allegiance to radical Islam.  And yet….

Hasan expected to die that day.

That’s why he gave away all his possessions first. But when he was wounded and taken alive, Hasan changed tactics. He and his lawyers professed his conviction to plead “not guilty by reason of insanity.” Would a true terrorist, motivated by terrorist ideals 1) be taken alive, and 2) claim anything other than allegiance to their cause until death?

That’s not what Hasan did.  He behaved in the same cowardly way that he had in life.  He tried to avoid war, and he tried to avoid answering for his actions in the attack.  In fact, he was such an embarrassment that most terrorist organizations thereafter condemned the attack, claiming no alliance with Hasan.

Thus, Hasan seems to stand as the perfect example of a failure of a man who tried to hitch his persona to a cause much bigger than himself – – – and, in the end, was alienated yet again by the very cause he espoused.

Didn’t the Orlando shooter call 911 and declare his allegiance to ISIL before dying?  Yes, he did. But let’s look at his history:

At age 15, Mateen was beaten in front of his classmates, by his father – a humiliation he never forgot.

He had two failed marriages wherein he was frequently unstable (some say bipolar).  A prior girlfriend claimed he was abusive as well.

Mateen was “teased” by co-workers, and appeared to be very socially isolated…except for frequenting gay clubs, of course.

Many acquaintances of Mateen’s say that while he was outwardly “critical” and made homophobic comments, he also expressed a strong curiosity regarding homosexuality.  He went to clubs (including Pulse, according to its patrons) many times. He also (allegedly) messaged male suitors on gay dating apps for over a year prior to the crime.

Then, two months before the crime, Mateen transferred his share of a home in Port St. Lucie, FL to his sister for $10.

The day of the shooting, he made Facebook posts supporting ISIL and declared his allegiance to them during the attack. Yet, is that really true? Or was Mateen a viciously unstable, hateful man who felt alienated?

I don’t think the answers are definitive yet – and maybe they never will be. But in my opinion, the take-away message is that mass murderers aren’t usually members of hateful groups bent on the destruction of other groups. In fact, they’re not real members of anything – not their families, their workplaces, or their communities. They’re the disenfranchised, spiteful men and women who hole up in their homes, wondering why they don’t belong anywhere.

And they could be anyone, from any group – just looking to claim affiliation with anyone – even if it’s with their last, lonely, breath.