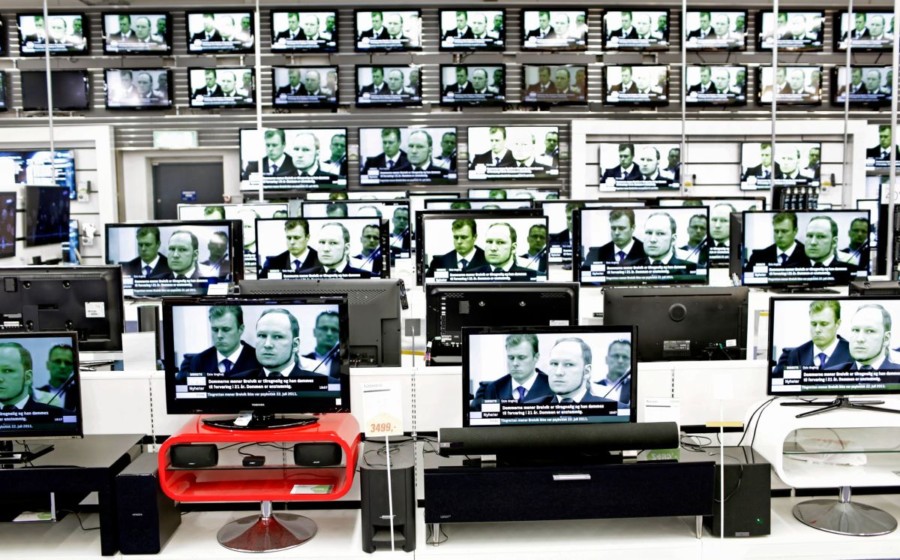 Anders Behring Breivik was born in February of 1979 in Oslo, Norway to a nurse and a civil economist who worked as a diplomat in London, and then Paris. This would have been a charmed beginning if it weren’t for the acrimonious divorce that tore his parents apart less than a year into Anders’ young life. His father, who remarried, was determined to gain custody of Anders, and filed several petitions to do so. By age four, Anders Breivik had been subjected to several psychological examinations that noted some strange findings. One report said that the four year-old Breivik had a “peculiar smile” that didn’t seem rooted in his emotions at all – but was a show for those in his environment.

Another psychologist noted the odd treatment of Breivik by his mother, implying that she alternately sexualized and hit him (behavior typical of Borderline Personality Disorder, known to play a part in creating the ‘perfect’ environment for future serial killers to grow up in – I’ll post on that later).  Regrettably, however, it was decided that Breivik would stay in the primary custody of his mother.

In Breivik’s teen years, he was drawn to a rebellious group (described as “hip-hop teens”) who sprayed graffiti all over West Oslo. But Breivik took his street art a lot more seriously than his friends, resulting in being caught multiple times by the police and fined. This continued until he and his best friend had a falling out, and Breivik gave up the hip-hop community – and friends – altogether. This coincides with when he voluntarily cut off all contact with his father. (In some later psych reports it was noted that Breivik tried – and failed – to join several more gangs in Norway at the time, but he was always rejected.)

Breivik then started to identify with a completely different image: one of the lone, strong, alpha male. He began abusing anabolic steroids in an attempt to become as big and strong as possible. He also had a stringent fitness regime and allegedly underwent plastic surgery. He further began openly criticizing both of his parents for belonging to the Norwegian Labour Party, and his mother, in particular, for being a feminist.  He blamed her for trying to ‘feminize’ him and balked at her beliefs, which he thought weakened him. 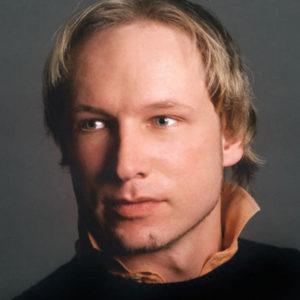 It is unknown whether or not Breivik had any real, lasting relationships with women (not surprisingly, no ex-girlfriends have really come forward).  But, it is known that he frequented prostitutes, which coincides with his disdain for all women, and his fragile self-image. Ironically though, Breivik has been outspoken in terms of his own mother, whom he claims was stricken with a Sexually Transmitted Disease (STD) that rendered her capable of only the “intellectual capacity of a 10-year-old.”  He said, “Both my sister and my mother have not only shamed me, but they have shamed themselves and our family. A family that was broken in the first place due to secondary effects of the feministic/sexual revolution. I can only imagine how many people are suffering from STDs as a result of the current lack of sexual morality.”

As a young adult, Breivik tried his hand at several businesses – including the stock market – and he always failed. So by the age of 27, Breivik had moved back home with his mother and had begun work on his “avatar” – and his “manifesto,” which was 1500 pages long. In the deeply misogynistic and sadistic text (which tells how patriarchy will be re-established in an ideal future European super state in the year 2083), the problem of mothers is solved by having children born by artificial wombs and raised in state-run homes. In what appears to be a direct reference to his biography, the first law of the future state is that fathers always will have custody over children in case of divorce.

[WARNING: GRAPHIC PHOTOS below. If you do not wish to see them, please stop at this point.]

In May 2011, Breivik scraped together the money he’d been saving for five years, and bought a small parcel of land, naming it “Breivik Geofarm.”  Under the guise of running this farm, he purchased six tons of fertilizer.  Then, on July 22nd, 2011, a bomb exploded in a car outside the office of Prime Minister Jens Stoltenberg in Regjeringskvartalet in central Oslo. The powerful blast killed eight people and injured hundreds.

As news of the blast spread, Breivik boarded a ferry to the island of Utoya, 25 miles northwest of Oslo.  He was armed and dressed in a police uniform.

He was headed to the site of a political youth summer camp, organized by the Norwegian Labour Party.

Once he arrived on the island, Breivik wasted no time. He went on a deadly shooting spree, killing 69 people – mostly teenagers.

He first shot people on the island and later started shooting at people who were trying to escape by swimming across the lake. Survivors on the island described a scene of terror. In one example, 21-year-old survivor Dana Barzingi described how several victims wounded by Breivik pretended to be dead to survive, but he later came back and shot them again. He did relent in his executions on some occasions: first, when an 11-year-old boy who had just lost his father (Trond Berntsen) during the shooting, stood up against him and said he was too young to die; and later, when a 22-year-old male begged for his life.

Tragically, Norwegian authorities didn’t have helicopters capable of transporting large groups of people – or for airdrop purposes, so the only helicopter able to fly over, caught images of the gruesome attack as it was occurring, but could nothing to stop it.

Hours before the attacks, Breivik had e-mailed his hateful 1,500-page manifesto to 5,700 people, titling it, “2083 – A European Declaration of Independence.” In the document Breivik rambles about  multiculturalism and the threat of Muslim immigration to Norway, as well as Marxism and the Norwegian Labor Party. Breivik writes that he is a “savior of Christianity…”  before murdering 69 youths who were primarily Norwegian, white, and of the Christian religion.

After his sentencing Breivik has admitted that he isn’t even Christian (identifies currently as an Odinist) and it was discovered that he copied large sections of the Unabomber manifesto into his own work.

So, one of the largest and most tragic mass shootings in history wasn’t motivated by a hateful ideology, as the shooter claimed. Again, it was motivated by one person’s experiences of failure and alienation – which was compounded (or caused) by the treatment he endured at home with his mother. But, throughout Breivik’s young life, it sounds like he was evaluated over and over – with some very disturbing results. My question is: why the evaluations if there was no intervention? Why spend time and resources assessing him when there was never any plan to step in and help?

The profession of psychology/profiling – in my opinion – is only useful if the knowledge can be applied to stop crimes in the future. And this crime’s evil mastermind was seen a multitude of times by psychological professionals in his youth… who did absolutely nothing to remove him from the caustic environment he was in.  While I don’t know the details of what constraints these psychologists may have been operating under, I do know that there was at least a chance to have intervened in a meaningful way. I hope the Norwegian authorities (and American authorities as well!) can learn from this, and put more emphasis on abiding by the suggestions of experts when it comes to violence risk.

Many lives – including Breivik’s – depended on it.