Talking ASH VS EVIL DEAD with Stars Ray Santiago, Dana DeLorenzo, Ted Raimi on After Hours AM/America’s Most Haunted Radio Starz has a smash on its hands with continuation of the EVIL DEAD saga 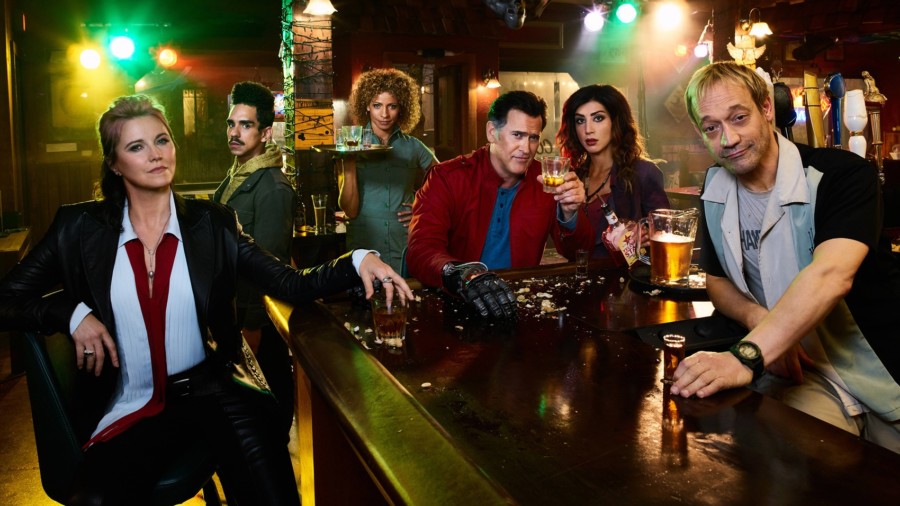 Listen to “After Hours AM Cast From Ash Vs The Evil Dead” on Spreaker.

On a rollicking edition of After Hours AM/America’s Most Haunted Radio — Thursdays 9-11pE with hosts Joel Sturgis and Eric Olsen — we welcome three of the stars of Ash vs Evil Dead, the bloody hilarious continuation of the Evil Dead series, now in its second season on Starz. Ray Santiago, Dana DeLorenzo, and Ted Raimi join us in the 10pE hour to talk all things Ash-y. In the 9pE hour, Joel and Eric wade through the week’s paranormal news and banter amiably. 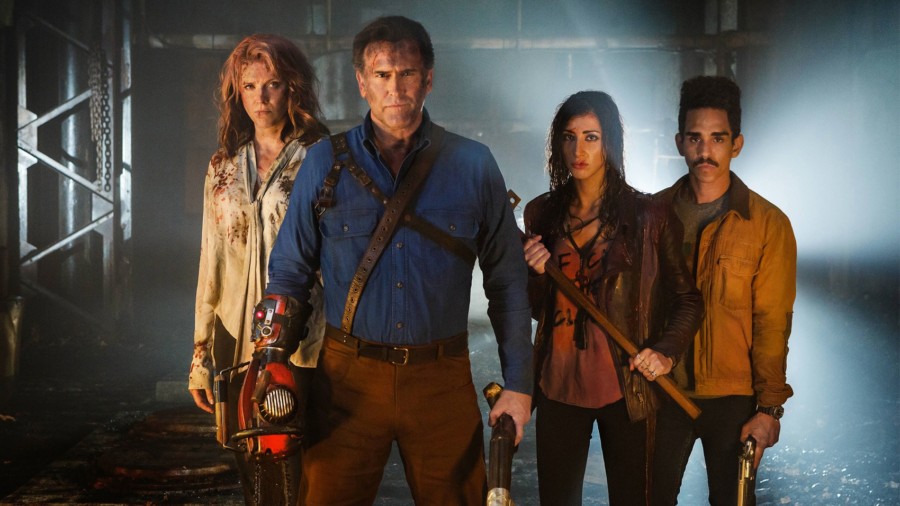 Ash vs. Evil Dead, starring Bruce Campbell as an aging but still game Ash Williams, just launched its second season on Starz, and carries on the tradition in an even bloodier (if possible) and more hilarious manner with impressive production values and an amazing cast. The show is blessed with a surprisingly poignant undertone as Ash faces the incongruities of a feckless frat boy and Lothario in deep middle age, reluctantly forced into heroism.

Ash’s emotional isolation — brought on by the traumas of the first two films — is challenged as two young apprentices (Ray Santiago, Dana Delorenzo) and a mysterious warrior (Lucy Lawless) chip away at the fortress he has understandably built around himself until he finally admits them into a makeshift “family” united to contain and destroy the evil once again let loose from the dreaded Necronomicon Ex-Mortis book.

Ray Santiago plays Pablo Simon Bolivar, Ash’s loyal friend and sidekick. Trained to be a Brujo, a Honduran shaman, Pablo decides his destiny is to fight the Deadites and destroy Evil once and for all alongside Ash and Kelly, the latter upon whom he has a substantial crush. Pablo has a dangerously close relationship with the Necronomicon, which has given him the gift of premonition. 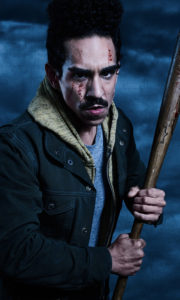 Ray Santiago has recurred on television shows Bad Judge, Touch, Raising Hope, and Dexter. Some of his feature film credits include Suburban Gothic alongside Kat Dennings, Sex Ed alongside Haley Joel Osment and George Eads, In Time alongside Justin Timberlake and Olivia Wilde, as well as American Son, Meet the Fockers, Girlfight and upcoming indie feature Dynamite: A Cautionary Tale. The Nuyorican Santiago currently resides in Los Angeles, but originally hails from the Bronx in New York. He attended the Fiorello H. LaGuardia High School of Music & Art and Performing Arts, the “Fame” school, in New York City. 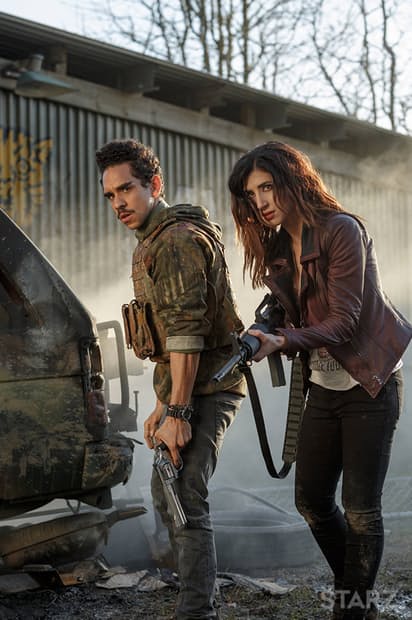 Dana DeLorenzo plays Kelly Maxwell, Ash’s OTHER loyal friend and sidekick. Kelly was once a sweet girl but has become hardened and cynical due to the Deadites assault on those close to her. With her family destroyed, she joins with Ash and Pablo against the Deadites seeking revenge. 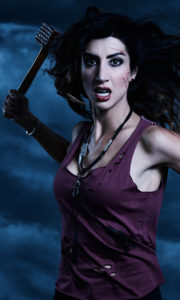 Dana DeLorenzo, a Northeast Ohio native, has had roles in films such as A Very Harold & Kumar 3D Christmas and a leading role in The Mad Ones. DeLorenzo’s television credits include Barely Famous, Sullivan & Son, Workaholics, 2 Broke Girls, Californication, Growing Up Fisher, Eagleheart, and Impress Me, among others. She also appeared regularly on The Late Late Show with Craig Ferguson. DeLorenzo is a graduate of DePaul University in Chicago and she currently resides in Los Angeles. 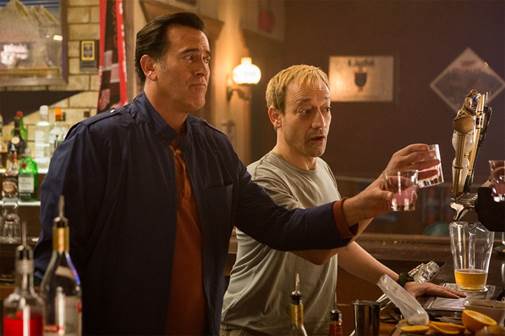 Ted Raimi plays Chet Kaminski, Ash’s best friend from high school who never left the party. He’s always willing to help Ash out when he’s in a bind, especially if the solution includes hitting a strip club, throwing a rager, or breaking and entering. 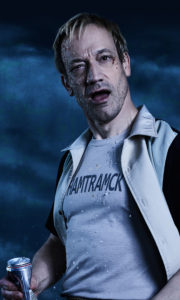