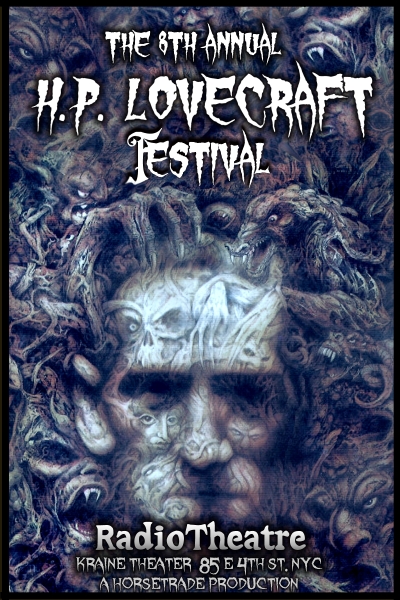 Radiotheatre puts on fascinating staged “radio” dramas on all sorts of spooky subjects. While simply standing on stage and reading or reciting their parts, the actors spoof the exaggerated delivery of old-time radio voice talent. Over-the-top music and sound effects (by Wes Shippee), creepy lighting, and very basic stage effects like fog enhance the storytelling. That’s it, and so to The 8th Annual H.P. Lovecraft Festival. 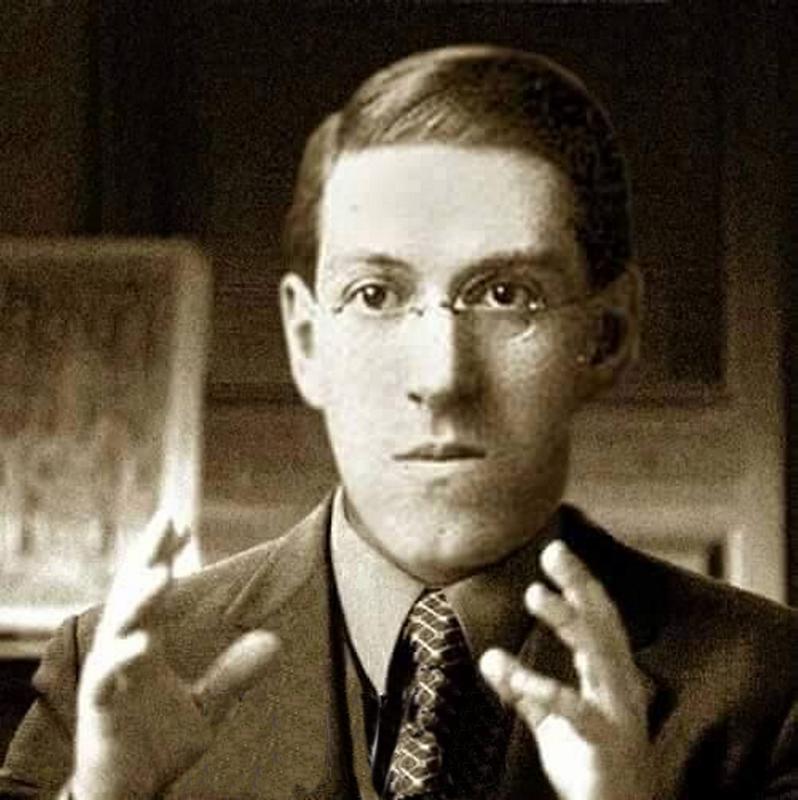 The shows can be smart, funny, even thrilling. Having seen a good earlier one, I looked forward to Radiotheatre’s take on H.P. Lovecraft, whom Stephen King has called “the twentieth century’s greatest practitioner of the classic horror tale.” But last night’s performance of two well-known Lovecraft tales, “The Horror at the Museum” and “The Call of Cthulhu,” was a disappointment. (Different tales are presented on different nights.)

“The Call of Cthulhu” fared better. The actors didn’t holler the story but told it. Perhaps this was forced by its being more of a narrative, as opposed to the you-are-there quality of “The Horror.” The latter had exhausted my capacity to lose myself in the nightmares, but the presentation did convey something of H.P Lovecraft’s extravagant imagination and effulgent (a word he liked to use) language. 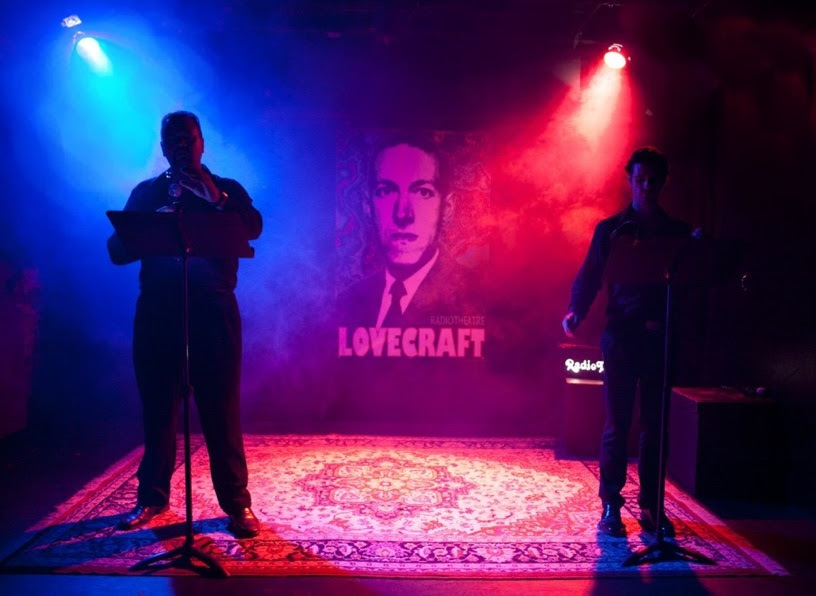 When I got home I spent a dazzling half-hour looking via Google search at countless depictions of Cthulhu, who is after all Lovecraft’s signature creation: drawings, paintings, comics, sculptures, toys, spoof versions, political imagery, a South Park clip, a video of Donald Trump turning into the gigantic extra-dimensional deity. Endless fun can be had in this way.