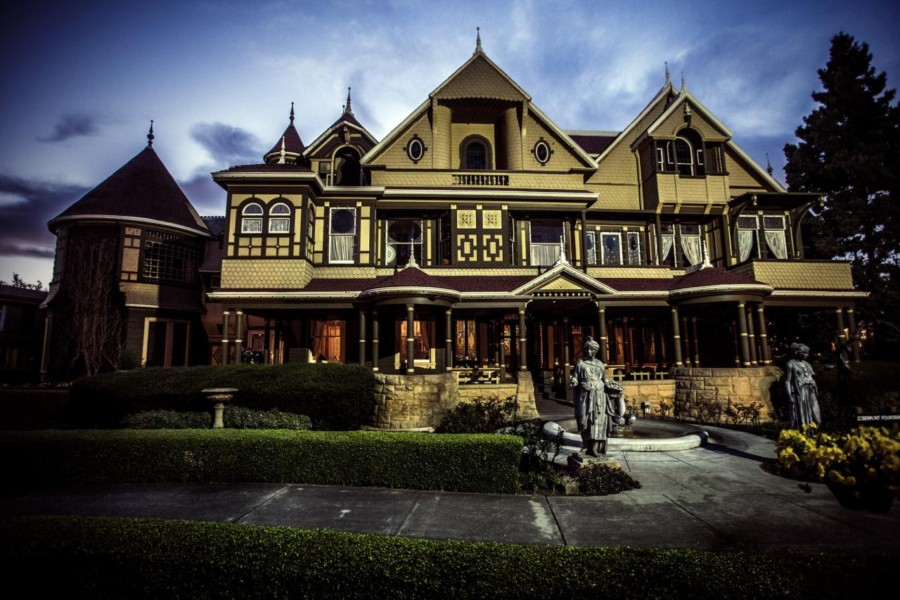 Most people have heard of the Winchester Mystery House, but how much do you really know about its curious caretaker, Sarah? What kind of person would keep workers hammering away for 38 uninterrupted years… and why would she do it?

Let’s start at the beginning:

Sarah Lockwood Pardee was born the fifth of seven children to Leonard Pardee and Sarah Burns. While one can speculate on her exact date of birth, it actually isn’t certain – all that is known for sure is that it was between 1835 and 1845. And, though records are sparse, it is documented that Sarah was born to a normal upper middle class New Haven family. Yet Sarah herself was anything but ordinary. By age 12 she was fluent in Latin, French, Spanish and Italian.  She was also remarkably talented as a musician and knowledgeable in literature including Homer and Shakespeare.  By her early adulthood, she’d become known as “The Belle of New Haven.” While this may have seemed out of place for Sarah’s less than elite social strata, her father had been busy too.  Originally a joiner by trade, Leonard was able to move up the social ladder due to a great business sense.  By the time Sarah was coming of age, he’d become a successful carriage manufacturer and subsequently made a small fortune supplying ambulances to the Union Army during the Civil War.

William Wirt Winchester was born in 1837 to Oliver and Jane, unassuming clothing manufacturers in New Haven.  But, like Sarah father, the Winchester patriarch had grander ambitions.  Gradually, Oliver began channeling his energy into a firearms manufacturing venture.  It would eventually become the massively successful Winchester Repeating Arms Company.

Since both families were from New Haven, it was natural that Sarah and William would run in the same social circles. Thus, in September of 1862, the two were married.  Little is known about their marriage, other than that it seems as though they loved each other deeply. Then, in 1866, tragedy struck. Annie Pardee Winchester – the couples’ only child died a mere 40 days after her birth from something called Marasmus.

Marasmus is considered a wasting disease that is characterized by severe malnutrition.  It’s not uncommon to see in undeveloped countries where the water is bad, the food is scarce, and disease is prevalent. A case of Marasmus can generally be cured by IV fluids and food being introduced slowly back into the diet.  So how is 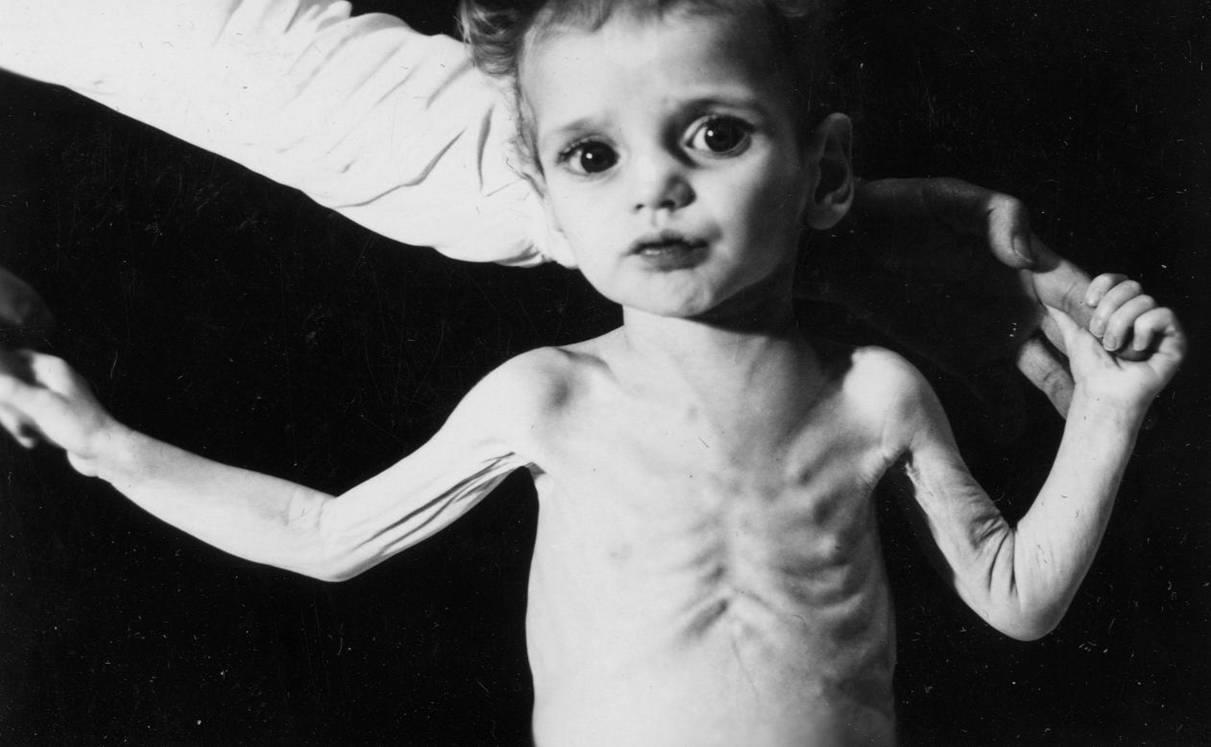 it possible that Annie – a child born into wealth and privilege – died of Marasmus?   My guess is that she didn’t.  The term “Marasmus” is very general, and as used in the mid-1800’s it probably characterized a large array of diseases that gave the characteristic wasting away of the body, leading to death.  If I had to hypothesize a more likely cause, I’d say that it was something called Phenylketonuria (PKU), also called Folling’s disease.  It’s an inherited disorder that occurs when patients are missing an enzyme that is needed to process a protein called phenylalanine. As a result, phenylalanine builds up in the body. Without proper treatment, the condition can be fatal. Patients with PKU must follow a diet that does not contain any phenylalanine…which is present in high-protein foods, such as cheese, milk, nuts or meats. While breastmilk has a lower amount of phenylananine than cow’s milk or formula, it’s still present.  And PKU wasn’t officially ‘discovered’ until 1934!  Now, testing at birth for PKU is standard in all developed countries.  That means that even though William and Sarah’s infant may have been feeding normally, she could’ve wasted away before their eyes.

Despite the horrible loss, William and Sarah pressed on until 1880 when another blow hit – the death of William’s father, Oliver.  Then – quite unexpectedly – William himself succumbed to tuberculosis, less than one year later, at the age of 43. This reportedly sent Sarah into a tailspin.  Though she was now one of the wealthiest women in the world with an inheritance of 20 million dollars plus nearly 50% of the Winchester Arms stock—which, in turn earned her approximately $1,000 dollars per day in royalties for the rest of her life – Sarah just didn’t know how to cope.  She “ran away” to Europe for the next three years. It is unknown what she did there, as no records exist.

However, when Sarah Winchester returned from Europe, she promptly went to see Boston psychic, Adam Coons.  Still overwrought with grief about the deaths of her baby and husband and convinced that the family was cursed, she asked him what she should do.  The psychic told her that it was true – she was cursed – by the spirits of all those who had been killed by the Winchester firearms that her husband’s family produced.  Furthermore, to avoid suffering the same fate, Sarah would have to build a house where construction never stopped, or she would soon be joining them in the afterlife!  So she purchased a huge plot of land in San Jose, California and built a gargantuan mansion that workers could never cease labor on for 38 years.  Around the clock – 24 hours a day – there were crews of workers dedicated to realizing Sarah’s strange vision.

And strange, it was….

The grieving widow started with an 8-room farmhouse and eventually converted it into a 161 room, four-story behemoth!  It has six kitchens, forty bedrooms, nineteen chimneys, forty staircases, forty-seven fireplaces, fifty-two skylights, nine-hundred-fifty doors, three elevators, two ballrooms, and ten thousand windows! At its height (both literally and figuratively), the mansion was seven stories tall and had somewhere between 500 and 600 rooms, until the 1906 earthquake brought down the uppermost stories, and she refrained from building any higher after that. Aside from its immense size, the house has a number of unique characteristics as well. To begin, it’s basically a labyrinth. There are many miles of twisting corridors and hallways, some of which have dead ends.

There are rooms within rooms. There is a staircase that leads nowhere, abruptly halting at the ceiling, and in another place, there is a door which opens into a solid wall. Some of the home’s chimneys have a ceiling overhead, and in other places there are skylights covered by a roof.  In other places there are skylights covered by yet more skylights, and even a “skylight” in the floor! There are tiny doors leading into huge spaces, and large doors that lead into tiny spaces. Upside-down pillars can be found all about the house, and in perhaps its most deadly iteration, there is a second story door opens outward to a sheer drop to the ground below. 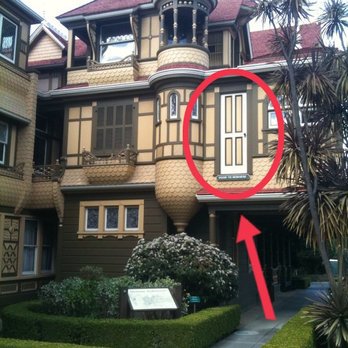 Adding further to the mysterious features, the prime numbers 7, 11, and 13 are repeatedly displayed in different ways throughout the house. They show up consistently in the number of windows per room and the number of stairs in the staircases, posts in the railings, panels in the floors, and lights in the chandeliers. 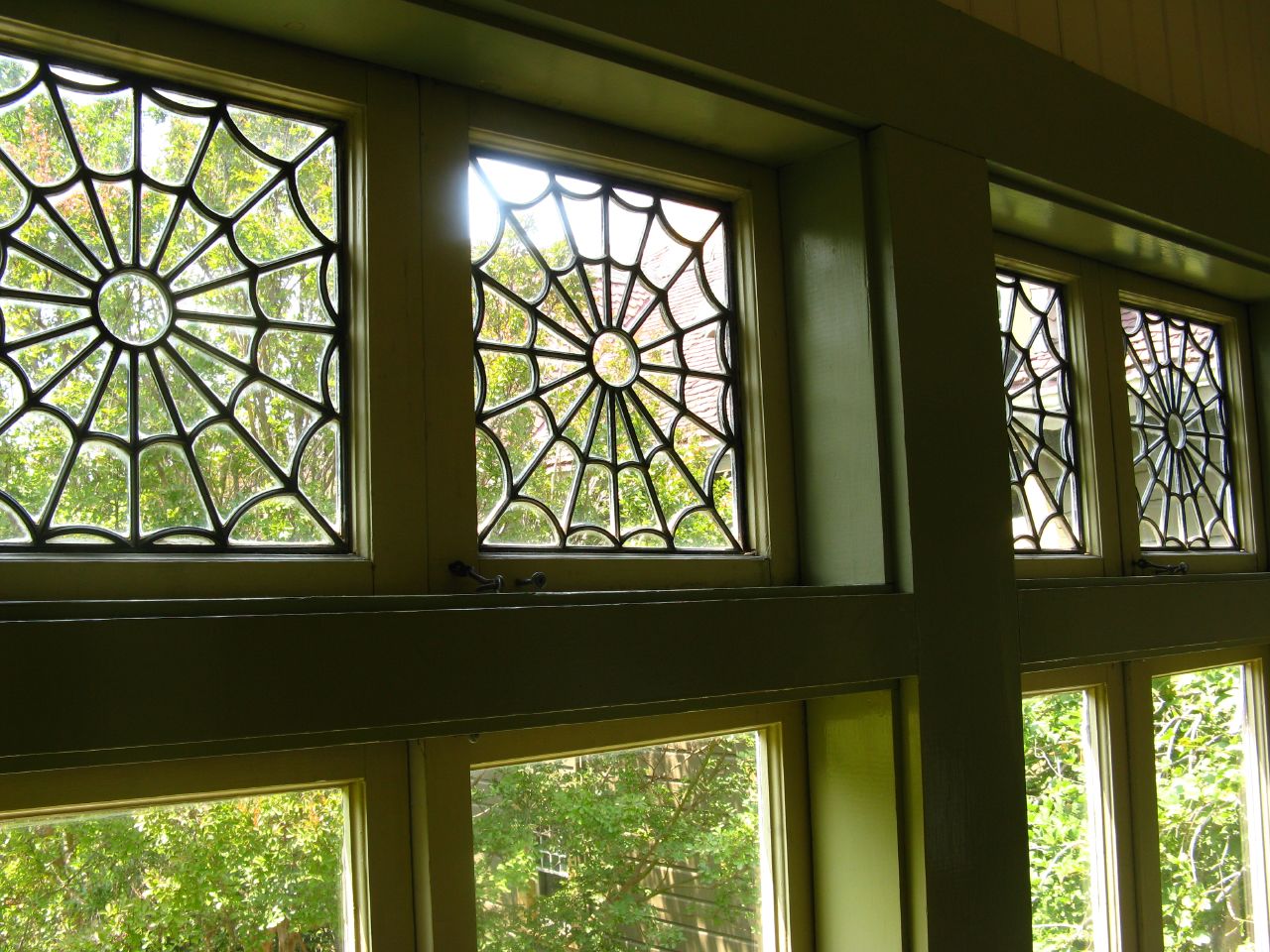 So far, all of this is bizarre. But everyone has the right to design their home the way they want it, right?  Of course, the argument here is that Sarah would say that the house wasn’t the way “she” wanted it at all!

Sarah’s inspiration came primarily from the nightly seances she held with “the spirits” from midnight to 2AM.  When she emerged, she’d have hand-written plans for the builders to carry out the following day.  While I suppose it’s possible that the spirits may have had some fancy decorating ideas, there are some definite reasons – other than ghostly communication – that could’ve contributed to Sarah’s behavior.

First off, depression unquestionably ran in Sarah’s family, so it’s known that she suffered fairly severely from that.  On top of it, she was going through a complicated bereavement process.  I say it was complicated because she continued to wear veils and dark clothing throughout her life, as well as create shrine-like areas to her deceased husband and daughter. While it’s not uncommon to grieve these losses for the rest of one’s life, Sarah’s behavior was extreme and dramatic. She was also secretive to the point of absurdity, firing staff for deigning to talk about her and inserting secret holes in doors and walls where she could spy on them. Furthermore, she believed in the occult to such an extent that her superstitions guided everything she did for the remainder of her years.

Taken together, Sarah Winchester seemed to be experiencing mood symptoms, paranoia, and delusional beliefs indicative of a process like Depression with Psychotic Features.

Basically, she could have become so gravely depressed and so deeply entrenched in her grief that she reached out for answers by whatever means possible.  During the late 1800s, Spiritualism was at its peak in America, so it’s not surprising that she turned to various Mediums to try to relieve her pain. However, Sarah continued to be haunted by the untimely deaths of her husband and daughter. And, rather than thinking about those events as senseless tragedies in the midst of a life – something no one can control –  she clung to the idea that the Winchesters were cursed by accepting “blood money” for their creations. Her constant building was meant to either appease or confuse the spirits, her only true companions during those 38 years. What I find ironic about the whole thing is that Sarah, even though she had a long and accomplished life ultimately went back to her roots.  Sarah’s own father was a joiner – a man who built things with wood.  I wonder if Sarah realized that she was emulating her own father all the while she was trying to make up for the sins of her father-in-law?

Hmm…I guess we’ll have to ask the spirits to find out!