The most recent episode of Supernatural, the latest in a series of three Monster-of-the-Week installments, brings the delightful Jody Mills (Kim Rhodes) back to our screens. “Celebrating the Life of Asa Fox” (12×6) written by Steve Yockey and directed by John Badham, is an enjoyable episode. After a case, Sam Winchester (Jared Padalecki) and his older brother Dean (Jensen Ackles) stop by Jody’s for an impromptu visit. Though Claire and Alex aren’t home, the boys settle in to catch up and enjoy a movie marathon. A phone call interrupts their reunion, giving Jody some sad news: Her friend, a hunter named Asa Fox, has been murdered by a demon. The Winchesters accompany her to the wake, held at the Fox family home in Canada. 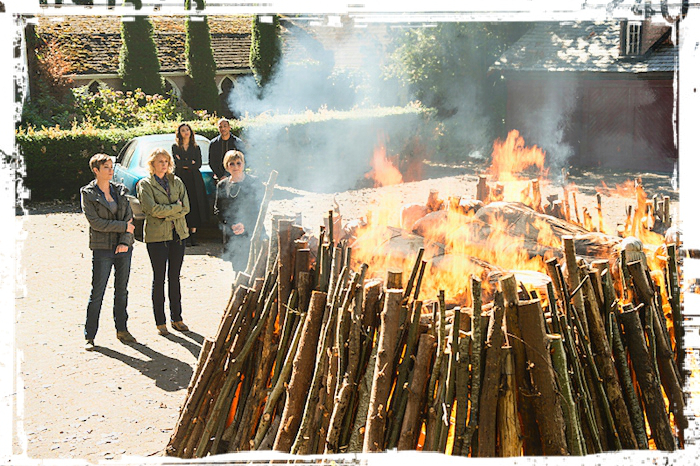 The episode’s set-up gives us a sneak peek into the lives of other hunters and how the network currently functions, which I really enjoy. One of the episode’s twists is that Mary Winchester (Samantha Smith) saved a young Asa from a werewolf, setting him on his path to becoming a hunter. As the wake gets underway, Mary, who’s still retracing her past, arrives at the house. The Winchester brothers are shocked by her appearance. The discovery that Asa’s nemesis demon is in the house and has magically sealed it shut postpones any family conversations (except for the one between Dean and Jody, which I loved). Not everyone’s inside the house when it’s shut, though: Dean, who’s outside getting some air, winds up locked out. But when Billie the Reaper (Lisa Berry) comes to claim a soul, she agrees to get Dean inside – but he’ll owe her one. (Now, of course, we’re left wondering just how he’ll pay her back.)

In the end, it turns out that Asa wasn’t killed by his nemesis demon, but by his friend Bucky. Once the secret’s out, the spell’s released. The surviving hunters gather to burn Asa’s body along with the demons’ victims. Jody and Mary bond pyre-side; however, the suspense isn’t quite over. Billie makes a surprise appearance, and she sees the hurt and loss Mary’s carrying. A strong believer in what’s dead should stay dead, Billie offers to reap Mary and return her to heaven – only someone else will have to actually kill Mary. It’s a horrifying moment as Mary considers her options. Thankfully for my tables, Mary chooses to stay on Earth, even if she isn’t quite ready to be with her sons yet. The episode ends with all three Winchesters-by-blood going to breakfast. I assume that Jody, who had ridden with the Winchesters, is spending time with Asa’s mother.

I really like “Celebrating the Life of Asa Fox,” despite its portrayal of an unbelievable lack of anti-possession protection. It’s an engaging MOTW that expands the Winchesters’ world, however temporarily, and is a stark contrast to “The One You’ve Been Waiting For,” the fifth episode of the season. 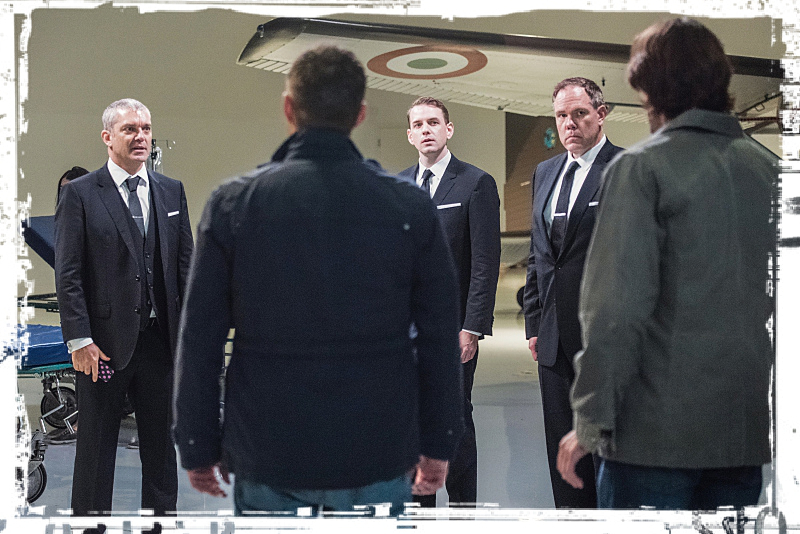 “The One You’ve Been Waiting For,” written by Meredith Glynn and directed by Nina Lopez-Corrado is my least favorite so far. The Thule (8×13) return, seeking a descendant of Adolf Hitler to serve as a vessel for a remnant of Hitler’s soul that’s currently residing in a pocket watch. The highlight of the episode is the too-brief cameo appearance of Aaron Bass (Adam Rose) who offers some long-distance intel on the Thule’s latest activity.

In the end, the narrative simply falls apart. The way Dean gloats over “killing Hitler” also seems odd to me. While season one Dean might act that way, I can’t buy that season 12 Dean would. In this episode, though, that’s exactly what he does – and there’s even a mention of it in “Celebrating the Life of Asa Fox” when he talks to Jody. For me, this particular mini-arc seems more a regression of character development than anything. 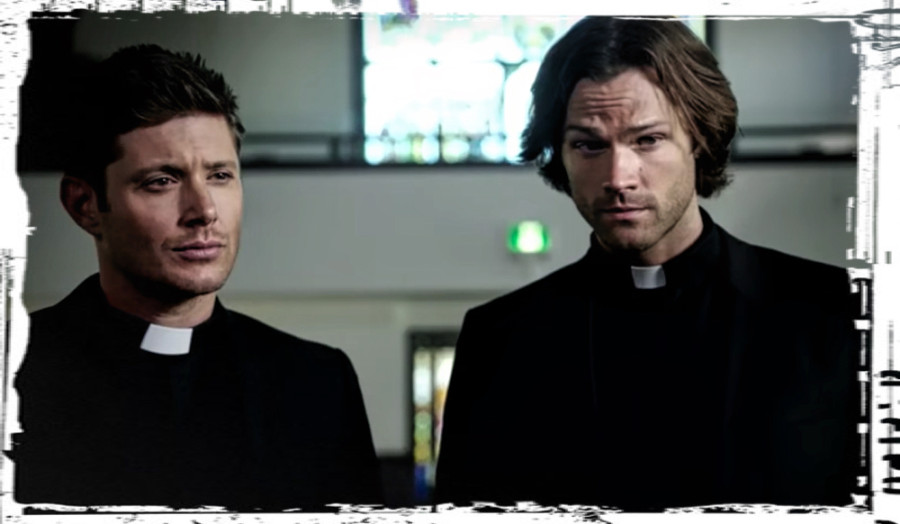 My favorite episode in the three-MOTW stretch is “American Nightmare” (12×4), written by Davy Perez and directed by John F. Showalter. Taking place after “The Foundry” (12×3), the creepy and haunting installment maintains continuity with Castiel and Mary mentions. Dean speaks with Cas on the phone and declares it weird that the angel is working with Crowley. Mary’s presence is repeatedly invoked: in a text message conversation between Dean and his mother, conversations between the brothers, and the episode’s focus on family.

The case is intriguing. A woman bleeding in a stigmata pattern shuffles into a church as she is whipped to death by an invisible being. She falls to the floor and dies. The Winchesters learn that she worked in child services, and they find one of her cases – a girl named Magda who died because her religious family rejected medical care – suspect. Meeting the family dredges up issues for both Dean and Sam, as they’re reminded of their own childhoods and fraught parental relationships. One of the episode’s dark twists is that Magda is very much alive and being held prisoner by her family. She’s forced to whip and mutilate herself while praying for forgiveness. After Sam is captured and restrained in the cellar too, he figures out that Magda is a psychic and assures her that she’s not evil.

Magda’s mother, realizing that the deception is over, attempts to poison everyone at dinner in order to keep her family together and safe. However, she only manages to poison her husband. Magda fights back, trying to protect her brother, but he dies when their mother accidentally stabs him. In the end, the mother’s arrested, and it’s determined that Magda will live with an out-of-state relative.

It seems like the episode is getting a happy-for-Supernatural resolution, with Dean and Sam gaining new insight into their mother’s situation and Magda getting the chance to start over. However, Magda is en route to her new home when the mysterious Mr. Ketch seen at the end of “Mamma Mia” (12×2) follows her into the bus stop bathroom with his gun drawn; he fatally shoots her. I’m still disappointed that Magda didn’t survive the episode. Magda’s death does illustrate the mercilessness of the British MOL, though, and leaves me questioning how that storyline will develop. At this point, I don’t see how any reconciliation can occur.