Examining UFO FAQ with Author David J. Hogan on After Hours AM/America’s Most Haunted Radio What do we REALLY know? 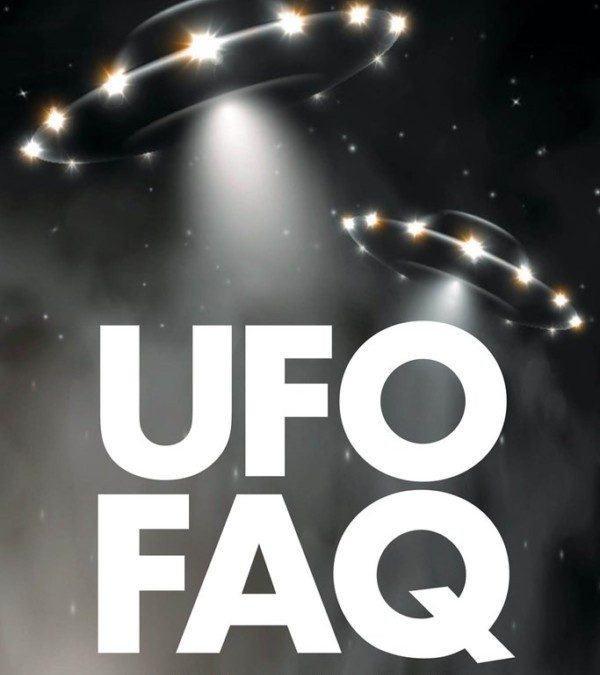 On an elevating episode of After Hours AM/America’s Most Haunted Radio — Thursdays 9-11pE with hosts Joel Sturgis and Eric Olsen — we get down to the nitty gritty of extraterrestrial aviation with UFO FAQ author David J. Hogan. What do we really know about them? Does the government know more than it’s letting on? Where do they come from? Where do they go? David joins us in the 10pE hour; in the 9pE hour, Joel and Eric sort the wheat from the chaff in the paranormal news and wonder at the weirdness of it all.

What exactly are UFOs? Since the famed Kenneth Arnold “flying saucer” sighting of 1947, the world has been fascinated and unnerved by these mysterious objects in the sky that, exposure to which, sometimes cause irritated eyes, sunburned skin, and leave trace radiation. Featuring material from the UFO/Project Blue Book archives of over 12,000 sightings investigated by the Air Force and other agencies, made available digitally in 2015, UFO FAQ is an all-inclusive guide to UFO lore – evidence and hoaxes, sightings and abductions, noted UFO proponents and skeptics, and sanctioned research and purported government cover-ups. Readers meet cultists and explore worldwide UFO “hot spots.” We encounter UFOs in World War II, the Cold War, and the age of terrorism. And they’ll glide with UFOs in pop culture, including movies, comics, TV, and the internet.

Follow along with a fascinating historical international UFO timeline, and bone up with a valuable UFO checklist that includes step-by-step suggestions on how to prepare and make the most of your UFO sightings – while ensuring your credibility. Dramatically illustrated with nearly 100 photographs and drawings, UFO FAQ combines historical accuracy, provocative speculation, and compulsive readability in one handy volume.

DAVID J. HOGAN worked as an executive editor in Chicago book publishing for nearly 30 years. He is the author of seven books and editor-in-chief of numerous others on topics including film, aviation, vintage automobiles, weapons systems, politics, World War II, the 1950s and 1960s, and the American West.