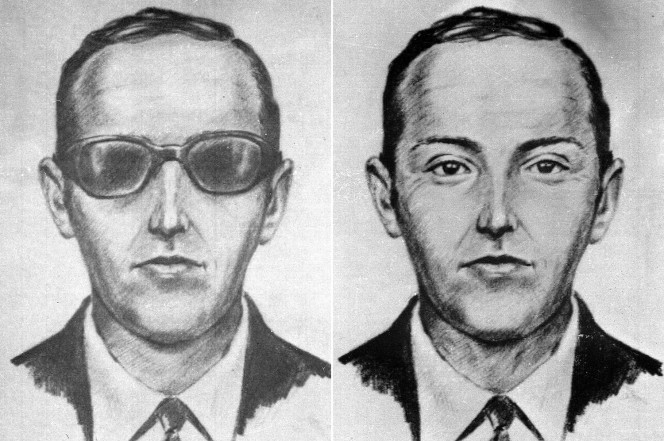 Welcome to a brand new weekly True Crime show as After Hours AM joins forces with The Criminal Code, Wednesdays 9-11pE with hosts Joel Sturgis, Eric Olsen, and forensic psychologist Dr. Clarissa Cole! On tonight’s inaugural episode, we dive headlong into new developments in the notorious D.B. Cooper skyjacking case with researcher and scientist Tom Kaye, who was recently featured on Travel Channel’s EXPEDITION UNKNOWN with tantalizing new forensic evidence 45 years after the crime. We will speak with Tom in the 10pE hour; at 9pE, Joel, Eric, and Clarissa will review and analyze the week’s hot True Crime news and banter amiably.

On November 24, 1971, a man in his 40s wearing a dark a business suit identifying himself as “Dan Cooper” bought a ticket on a Northwest Orient flight from Portland to Seattle. Just after takeoff he handed a note to the flight attendant claiming he had a bomb in his briefcase and demanding $200,000 in cash, four parachutes, and a second plane to Mexico City once the plane landed in Seattle. On the ground in Seattle he released the other passengers, stayed on the plane and instructed that he be flown at low altitude and slow speed to Mexico. In the vicinity of Reno, Nevada, he parachuted out the back of the plane to an uncertain fate. It is the only unsolved skyjacking in U.S. history. Some of the money was found by a boy digging in sand along the Columbia River north of Portland in 1980, but the FBI closed its investigation of the case in July of 2016, in essence throwing in the towel. 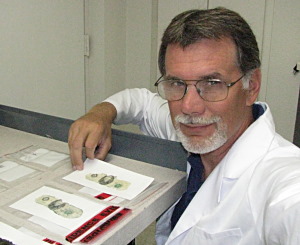 According to investigator and scientist Tom Kaye of Citizen Sleuths, in the entire Cooper case, there are only two real pieces of 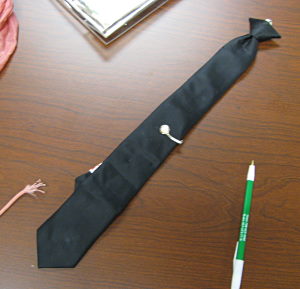 useful physical evidence currently available: the black tie and the ransom money found on the Columbia River. While the money points to what happened after Cooper jumped, it is only the tie that points to where he came from and the life he led. Of all the possible things for him to leave on the plane, the tie was incredibly fortunate for this investigation. A tie is one of the only articles of clothing that isn’t washed on a regular basis. It picks up dirt and grime just like any other piece of clothing, but that accumulation never truly gets ‘reset’ in the washing machine. Each of those particles comes from something and somewhere and can tell a story if the proper instruments like electron microscopes are used. In 1971, electron microscopes were not in common use and there is no evidence one was used in this case, therefore it is believed that this is the first time this level of investigation has been used to examine the tie.

All of the particles from the tie shown in this research are too small for the human eye to see directly and are much smaller than even a particle of dust. Kaye and his team used a powerful electron microscope to find more than 100,000 particles of “rare earth elements” on the tie, including pure titanium. Titanium was a rare metal in 1971, and linked Cooper to a “limited number of managers or engineers in the titanium field that would wear ties to work.”

Listen to the program to hear the startling conclusions of the tie analysis and more!

Tom Kaye, Director of Citizen Sleuths and Foundation for Scientific Advancement, Sierra Vista, AZ
Tom Kaye’s main scientific interest is spectroscopy which branches out into the fields of paleontology and astrophysics. In paleontology, he leads yearly expeditions to recover dinosaur bones. He is directly involved in the controversy over the detection of preserved blood cells and blood vessels in T. Rex bones where his work points to a bacterial source. In astrophysics he leads a team of astronomers that are trying to discover an extrasolar planet using spectroscopy to detect the stars wobble. Recently he has been working on the Chinese Feathered Dinosaurs.