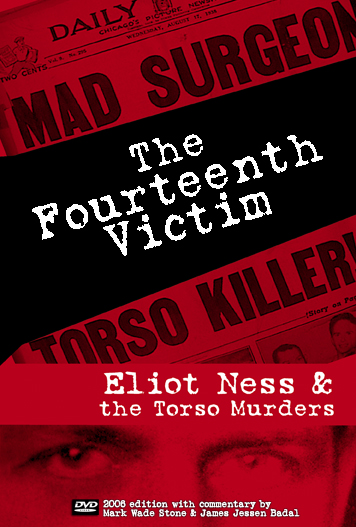 In a riveting and gruesome edition of After Hours AM/The Criminal Code Radio — Wednesdays 9-11pE with hosts Joel Sturgis, Eric Olsen, and forensic psychologist Dr. Clarissa Cole — we talk the unsolved Torso Murders from the ’30s and annals of Cleveland crime with documentary filmmaker Mark Wade Stone. We will talk with Mark at 10pE; in the 9pE hour Joel, Eric, and Clarissa will review the week’s True Crime news. 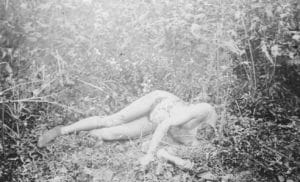 The Torso Murders, aka the Kingsbury Run Murders, terrorized Cleveland between 1935 and 1938. A serial killer murdered and dismembered at least 12 victims, only two of which were ever positively identified. The crimes are officially unsolved, yet researchers of today are quite certain who committed these horrible crimes. Kingsbury Run is a prehistoric riverbed running from the flats to about East 90th Street. The train and rapid transit tracks still run through the Run. Bordered on the north by Woodland Avenue, and on the south by Broadway Avenue, Kingsbury Run was a dark, dreary and dangerous place in the 1930s. The dispossessed of the Great Depression lived in appalling conditions. Trash and filth dominating the makeshift “hobo jungle” that occupied much of the Run. These people, most of them transients, often rode the rails to escape the brutal Cleveland winters or simply to keep moving. The area just to the east of the Run was known as “The Roaring Third,” home to bars, brothels, flophouses and gambling dens. In this grim setting, the most notorious murder case in Cleveland’s history would begin to unfold.

Mark Wade Stone is an award-winning media producer who has created entertainment, documentary and educational programming for PBS television in St. Paul, Minnesota, and in Northeast Ohio for the last 35 years.  As managing producer of StoryWorks.TV in Cleveland, Mark produces non-profit, commercial and industrial media for broadcast and the Web, and  also collaborates with author James Badal on Cleveland-based cold case documentaries. They include 2003’s The Fourteenth Victim – Eliot Ness and the Torso Murders, which was nominated for two regional Emmys, and Dusk & Shadow – The Mystery of Beverly Potts from 2004, which was awarded an Emmy for its musical soundtrack. He is also producer of the long-running series, Doris O’Donnell’s Cleveland, which has twice won Emmys for Best Arts & Entertainment program in the region.  His most recent feature – 2016’s Road Kid to Writer – The Tracks of Jim Tully – was nominated for an Emmy award as well. Upcoming true crime documentaries include Broken Rosary – The Frank Dolezal Affair, and Devil’s Bell – The Terrible Fate of Beverly Jarosz. Mark is a longtime trustee with the Cleveland Police Museum, an avid musician, and lives in Lakewood, Ohio with his wife and two daughters.