Examining Investigation Discovery’s THE CORONER: I SPEAK FOR THE DEAD with Series Star Graham Hetrick on After Hours AM/The Criminal Code He helps dead men tell their tales and find justice

On a macabre but righteous edition of After Hours AM/The Criminal Code — Wednesdays 9-11pE with hosts Joel Sturgis, Eric Olsen, and our secret weapon, forensic psychologist Dr. Clarissa Cole — we delve into Investigation Discovery’s THE CORONER: I SPEAK FOR THE DEAD with subject and star of the show Graham Hetrick. We speak with Graham at 10pE; at 9pE Clarissa illuminates the week’s top True Crime headlines.

THE CORONER: I SPEAK FOR THE DEAD

While detectives search for clues among the living, Graham Hetrick — a coroner and medical death investigator — uncovers the secrets of the dead. In Investigation Discovery’s THE CORONER: I SPEAK FOR THE DEAD, Hetrick shares the most compelling homicide cases from his 26 years as the Coroner of Dauphin County, Pa., telling the tales of those who can’t. Through complex forensic analysis, he and his team uncover the secrets that every body holds, providing physical information crucial to solving homicide cases. Hetrick returns with more clues to unravel in the 10-episode second season of THE CORONER: I SPEAK FOR THE DEAD, which premiered July 17 and runs Mondays at 10/9c on Investigation Discovery.

Through compelling interviews, dramatic re-enactments, and storytelling by Hetrick himself, each episode of THE CORONER: I SPEAK FOR THE DEAD recounts one of Hetrick’s cases starting from the moment he is called to the scene of the crime. Hetrick lets viewers in on every aspect of his investigation until he determines the cause of death and, ultimately, helps law enforcement deliver justice for the victims and their families.

In the season two premiere, “First Cut is the Deepest,” Hetrick works to solve the case of a beloved family man who was stabbed to death in his Harrisburg, Pa., home. After career Army soldier Sam Gore is found by his pregnant fiancée, Hetrick uses his expertise in blood spatter analysis to deduce that not only was the killer able to get into close proximity to Gore, but the stab wounds might indicate a trained killer. Now it’s up to Hetrick and homicide detectives to put the puzzle pieces together and figure out who in Gore’s inner circle held a deadly grudge.

Thirty-two-year-old Bob Curley is admitted to the E.R. in Hershey, in excruciating pain, suffering from hallucinations and significant hair loss. Unfortunately, despite their best efforts, doctors are unable to save him. Curley is young and in good health, so doctors are baffled as to what caused his death, until they get the results of a shocking toxicology report. Curley has been poisoned with a substance banned for commercial use in the United States since the 1960s. Now it’s up to Dauphin County Coroner Graham Hetrick to use a rare forensic technology method to determine exactly when Bob was poisoned, and who was responsible.

“Internal Trauma” airs Monday, July 31 at 10/9c
Eighty-six-year-old Goldie Snyder, a fixture in Harrisburg’s fishing community, is found brutally murdered and sexually assaulted in the bait shop she opened with her late husband in the 1940s. Dauphin County Coroner Graham Hetrick and his team are called in to investigate. The nature of Synder’s wounds indicates to Graham that her killer was someone with intense rage who had likely killed before and, unless they stop him, will kill again.

When the badly decomposed body of Marcus Garner is found with bullet wounds in a dilapidated Harrisburg garage, Dauphin County Coroner Graham Hetrick is immediately called to the scene. Graham must use a science called forensic entomology – and the common housefly – to develop not only a timeline for the murder but the identity of the person who murdered this street-smart family man. 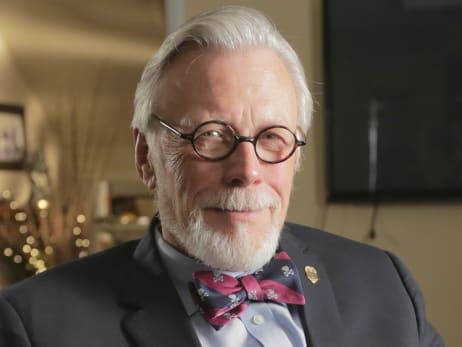 Graham Hetrick has certified over 13,000 deaths, investigated approximately 600 homicides and participated in about 3,000 autopsies since being elected coroner of Dauphin County, PA over 25 years ago. Hetrick discovered his calling as a child, living above the family funeral home built by his father: Hetrick-Bitner Funeral Home in Harrisburg, PA.

In addition to being a coroner, Hetrick is a thanatologist, medico-legal death investigator, forensics consultant, grief counselor, and former funeral director. He has advanced training in blood pattern analysis, crime scene management, forensic sculpting, and shallow grave recovery. He is also an adjunct professor at the Harrisburg University of Science and Technology, teaching courses on forensics and anatomy. Hetrick is a member of the American Academy of Forensic Sciences, the American College of Forensic Examiners, the Pennsylvania Coroner’s Association, the Pennsylvania Homicide Investigators Association, and The National Coroner/Medical Examiner Advisory Board.