Investigating the True Crimes of Halloween with Dr. Clarissa Cole on After Hours AM/The Criminal Code Trick or Treat and death 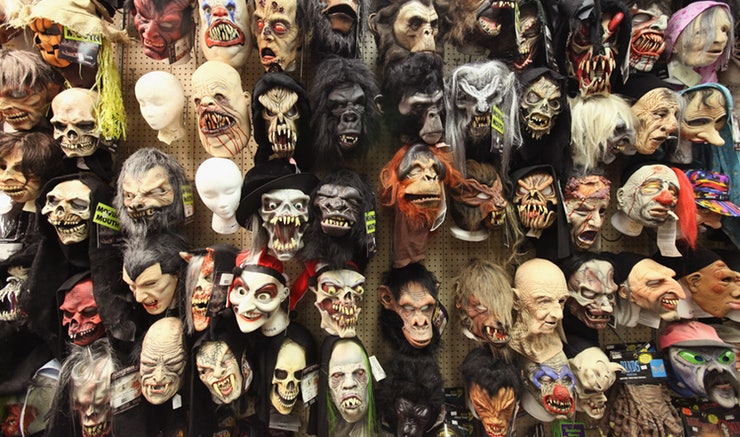 On a spectacularly spooky and seasonal Halloween edition of After Hours AM/The Criminal Code — True Crime 9-11pE Wednesdays with hosts Joel Sturgis, Eric Olsen, and secret weapon, forensic psychologist Dr. Clarissa Cole — we examine four sensational crimes committed on Halloween as profiled and analyzed by Dr. Cole. In the show’s first hour we review recent Halloweentime crimes in the headlines. Be sure to stop by Dr. Cole’s site The Criminal Code for more fabulous writing about heinous deeds.

The True Crimes of Halloween 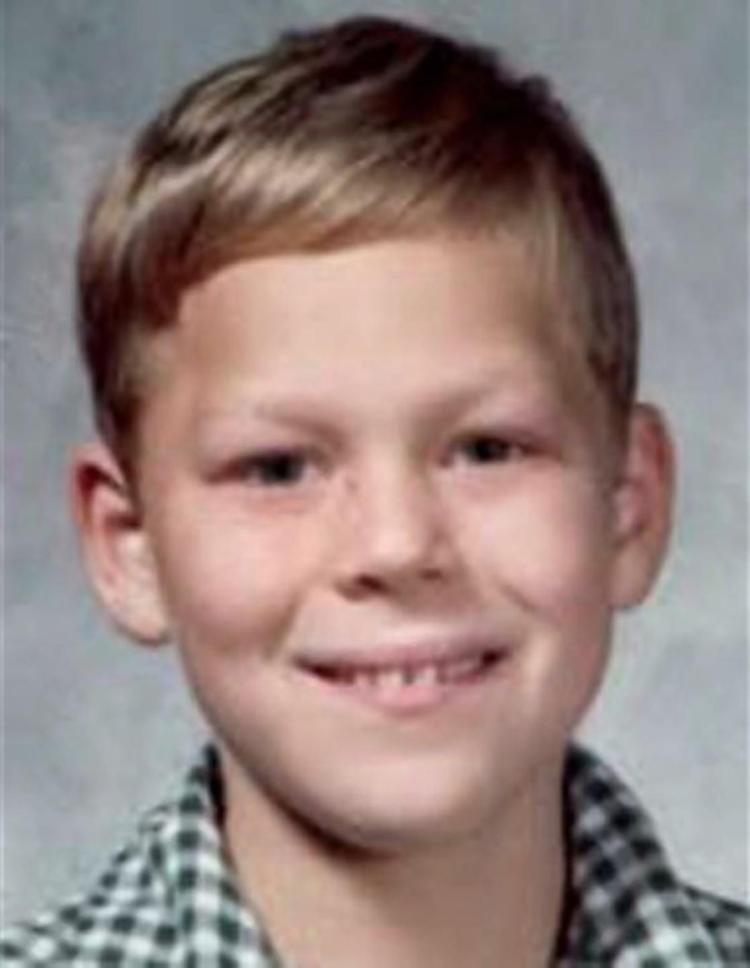 If you grew up during the 70’s and 80’s, it may be easy for you to remember the panic about adults giving children candy that was somehow sabotaged (razor blades, etc). In fact, it got to the point where many kids only went to more highly controlled Halloween gatherings at churches and between friends/relatives because paranoia had reached such a fever pitch. But was all the fear and suspicion warranted, or was it more urban myth than reality?

Unfortunately, on the Halloween of 1974, the unthinkable truly did happen when 8-year-old Timothy O’Bryan died after ingesting poisoned Pixy Stix. Worst of all, it occurred in the small town of Deer Park, Texas, not some large metropolis where crime is somewhat expected.

It turned out that the fruity sugar filled Pixys were somehow laced with cyanide. Additionally, when authorities collected the candy from the other O’Bryan children, it was discovered that all of their Pixy Stix had been poisoned as well – they just hadn’t consumed them yet! When the police examined the remaining straws, they discovered that the tops had been carefully opened and some of the candy contents poured out. Then, the top two inches were refilled with potassium cyanide powder.

Who committed this heinous act? 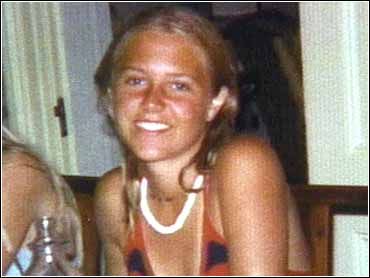 Martha Moxley, a beautiful blonde teenager from Belle Haven, Connecticut, was last seen on All Hallowed Saints’ Eve at a neighbor’s house in 1975. She was just 15-years-old. Sometime between 9:00 and 11:00pm that evening, she left the neighbor boys’ house to go home (which was only 150 yards away).

But Martha never made it.

Her body was found beneath a tree in her back yard with her jeans and underwear pulled down. She’d been beaten so brutally with a golfclub (a 6-iron) that the shaft had shattered. Then a piece of that club was used to skewer Martha through the neck.

Local police grilled everyone in the surrounding areas, including transients off of the nearby highway. But no one was admitting anything, and the gated community of Belle Haven wasn’t exactly known for crime. In fact, the 6-iron used as a murder weapon was from an part a very expensive Toney Penna set… which just happened to belong to the neighbor boys’ recently deceased mother.

Indeed, Tommy (17-years-old) and Michael (15-years-old) Skakel were the last people to see Martha Moxley alive. And, Martha had written in her diary that Tommy had “tried to get to 2nd base” with her in the past. So, obviously, the police had some solid suspects in the case. There was just one problem.

They were related to the Kennedys. 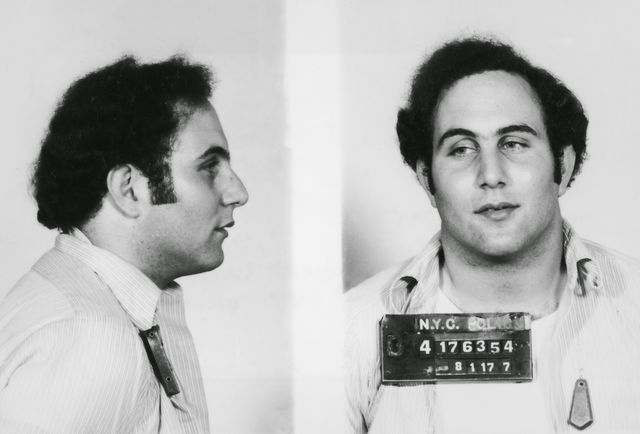 Son of Sam? Satanic Cult? None of the Above?

Sometime in the early hours of Halloween 1981, Manhattan couple Ronald Sisman and Elizabeth Platzman were murdered in their Chelsea apartment. The young couple was severely beaten before being shot in the head, execution-style, with the apartment completely ransacked. The police initially believed that Mr. Sisman may have known his murderer, since there was no sign of forcible entry to the apartment and that drug money may have been the motive, but then the case took a turn for the bizarre. A prison informant claimed that one of his fellow inmates had predicted the crime weeks before it actually happened. That inmate turned out to be the “Son of Sam” killer, David Berkowitz.

Berkowitz had long been rumored to be involved with a satanic cult that helped him with some of the murders. According to the informant, Berkowitz had told him that his cult was planning to enter a residence near Greenwich Village (Chelsea would qualify for that) on Halloween to carry out a ritual murder. When questioned, Berkowitz claimed that Sisman had video footage of one of the “Son of Sam” shootings and was planning to hand it over to the authorities in exchange for dropping some drug charges, but not evidence was ever found to support Berkowitz’s claims. He did, however, provide an eerily accurate description of Sisman’s apartment. The killings are still unsolved to this day. 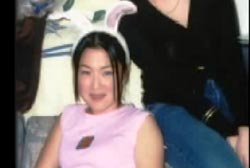 Penn State grad student Cindy Song disappeared after leaving a party on Halloween night, 2001. It was a Wednesday, and Cindy and two of her girlfriends, Stacy Paik and Lisa Kim, showed up at their favorite bar dressed in costumes. According to Lisa, Cindy wore a rabbit outfit. “She had bunny ears and a tail that she had bought. It was a very cute outfit. It wasn’t like a sexy outfit. It was a very cute outfit. That was her thing, she was very cute. She liked to look cute.”

The girls partied until 2 a.m. Afterwards, they stopped at a friend’s to play video games for a few hours and arrived home at 4 a.m. Stacy dropped Cindy off at her apartment, waved goodbye and drove off. She never saw Cindy enter her apartment and has not seen her since. Unfortunately, neither has anyone else.

Brian Sprinkle was a detective for the Ferguson Township Police Department at the time of Cindy’s disappearance. “It seems like she just vanished into thin air,” he said. No trace of her has ever been found and the case has taken a number of bizarre twists, and for a while, the investigation focused on a man named Hugo Marcus Selenski.

Selenski had been arrested after five corpses were found in his backyard. A police informant linked Selenski and another man to Cindy, claiming the duo had kidnapped, raped, and murdered her. To make things even weirder, the other man named in the kidnapping was found dead – in Selenski’s backyard. More bodies have been found there, but none have been proven to be Cindy, and the case remains open.