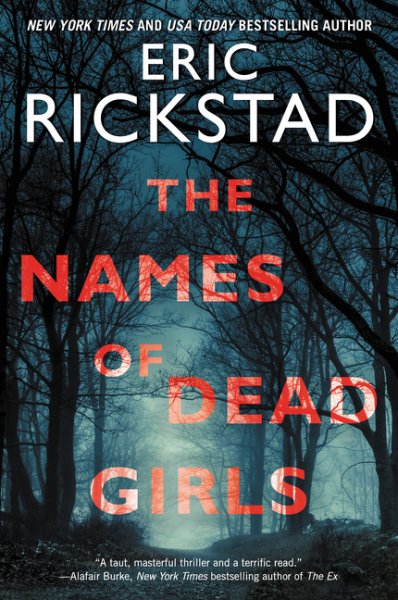 In a deep, dark, and dazzling episode of After Hours AM/The Criminal Code — True Crime Wednesdays 9-11pE with hosts Joel Sturgis, Eric Olsen, and secret weapon, forensic psychologist Dr. Clarissa Cole — we speak with best-selling True Crime novelist Eric Rickstad about his latest psychological thriller, THE NAMES OF DEAD GIRLS, the follow-up to mega-seller THE SILENT GIRLS. We speak with Eric at 10pE; at 9pE Clarissa leads us through the most outrageous recent True Crime headlines.

THE NAMES OF DEAD GIRLS

In a remote northern Vermont town, college student Rachel Rath is being watched. She can feel the stranger’s eyes on her, relentless and possessive. And she’s sure the man watching her is the same man who killed her mother and father years ago: Ned Preacher, a serial rapist and murderer who gamed the system to get a light sentence. Now, he’s free.

The winter of imprisonment is over, freedom his again after years of forced dormancy.
Freedom.
The taste bright and metallic, like a drop of virgin’s blood on the tip of the tongue.
Freedom.
The sight irresistible, like the first flourish of pale, young female flesh in spring.
Freedom.
The sound musical, like the simper of the meek begging release from the mighty.
Freedom.
The odor intoxicating, like that of sweat shimmering off the skin of the terrified.
Freedom.

The feel intimate, like fingernails of the desperate raking runnels in the flesh of his face.
He watches, his head bowed, hat pulled tight to his brow, cracks his back and stretches his arms above his head taking in the expanse of his domain. Emperor. Lord.

He radiates with freedom, exalted.
Saliva pools in the fleshy pockets at the back of his mouth, where once he extracted wisdom teeth with pliers for the sole, sweet, excruciating ecstasy of it.
He reaches a hand into his trousers, feels himself, dreaming of what is to come.
Freedom unleashed.

After years spent retired as a private investigator, Frank Rath is lured back into his role as lead detective in a case that hits far too close to home. Eighteen years ago his own sister and brother-in-law were brutally murdered by a man who is more like an animal.  A man named Ned Preacher. Despite his hard-drinking, womanizing ways, Rath cleaned up his act and adopted his baby niece Rachel, raising her as his own. Rath has tried to protect her from the true story of her parents’ deaths.

Now, unthinkably, Preacher has been paroled. Rachel is in college and Rath must finally tell her the truth about what happened to her parents. Preacher is calling Rath to torment him. He’s threatening Rachel and plotting cruelties for her, of the flesh and of the mind. When other girls are found brutally murdered, and a woman goes missing, Is the fact that girls are showing up dead right when Preacher was released a coincidence? Or is he taunting Frank Rath, circling his prey until he comes closer and closer to the one he left behind–Rachel.

Rath and Detective Sonja Test must untangle the threads that tie these new crimes and some long-ago nightmares together. Soon they will learn that the truth is more perverse than anyone could guess, rife with secrets, cruel desires, and warped, deadly loyalty. This twisty thriller is at once intelligent, heartbreaking, dark and disturbing, and told in an eerie 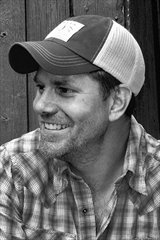 , haunting prose, with a mystery that grows deeper on each page, right to its shocking end.

Eric Rickstad is the New York Times, USA Today, and international bestselling author of The Silent Girls, Lie in Wait, and Reap, novels heralded as intelligent and profound, dark, disturbing, and heartbreaking. Rickstad has always had a taste for the darker page turners that also have literary chops, ones that give him the sense that he’s never read anything quite like THIS before, and he tries to write those kinds of books. He writes all his first drafts with a pencil in notebooks, often outside. When not writing, he enjoys time with his family and friends in his native Vermont, fishing, hiking, foraging for edible mushrooms, and, of course, reading.