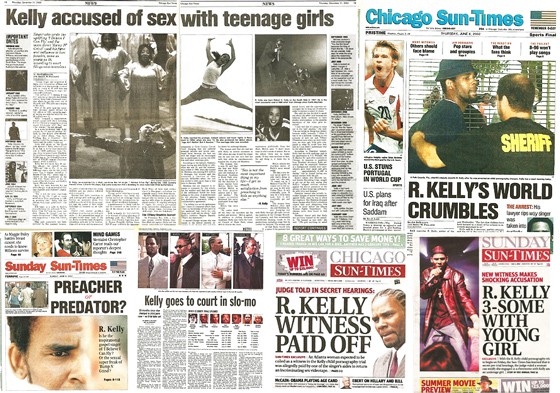 R Kelly, — one of the most successful R&B singers of all time with six No 1 albums in the U.S. and seven more reaching the Top 5 — has been accused of sexually abusing a girl since she was 14 years old. The allegation – the latest in a string of allegations of the sexual abuse of young women by Kelly – was made, referring to another woman, by former girlfriend Kitti Jones, in a BBC3 documentary, R Kelly: Sex, Girls and Videotapes.

During two years of dating Kelly from 2011-13, Jones, 34, says she was groomed by him, and forced to have sex with him and others at least 10 times in a “sex dungeon.” She said: “I was introduced to one of the girls, that he told me he ‘trained’ since she was 14, those were his words. I saw that she was dressed like me, that she was saying the things I’d say and her mannerisms were like mine. That’s when it clicked in my head that he had been grooming me to become one of his pets. He calls them his pets.”

In the BBC documentary, Jones says Kelly was “very abusive, physically, mentally, verbally. I think he gets some sort of satisfaction within himself, knowing that he’s taking control over other people.” In July 2017, Jones, along with three other women, spoke out against Kelly for an investigation by reporter Jim DeRogatis for BuzzFeed News, in which they accused him of “brainwashing” a series of women into a cult-like arrangement, where Kelly required them to have sex with him, and controlled what they wore and when they could use the bathroom or their phones.

In 2008, Kelly was found not guilty of child pornography charges after he was accused of filming and photographing sexual encounters with a 14-year-old girl. He has reportedly made out of court settlements with various other women, including Tiffany Hawkins in 1996, who said she had a sexual relationship with him for three years from the age of 15. 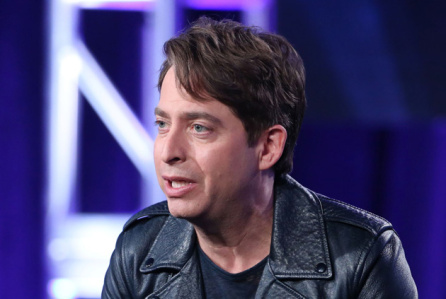 Universal Music Group announced on Wednesday that Charlie Walk, the president of the label’s Republic Group and briefly a judge on The Four, and the company “have mutually agreed to part ways” following an internal review into the music executive’s alleged sexual misconduct. Multiple women accused Walk of making sexual comments, sending unsolicited, sexually explicit pictures and video, exposing his penis and inappropriately touching them both in private and in crowded meetings.

Tristan Coopersmith, who worked under Walk while the executive was at Columbia Records, penned a January 29th open letter to Walk listing the numerous instances of harassment she faced during her employment at the label. “For a year I shuddered at the idea of being called into your office, where you would stealthily close the door and make lewd comments about my body and share your fantasies of having sex with me,” Coopersmith wrote.

“The culture [at Columbia] allowed toxic masculinity from the top down,” a former female executive at Columbia who worked with Walk for over a decade told Rolling Stone following Coopersmith’s open letter. “So many colleagues have shared mutual stories but for fear of their careers are afraid to be on the record. I hope that Tristan’s courage will help all the women who have confided in me or their friends to come forward to help undo the culture.”

And now he’s gone from Republic. 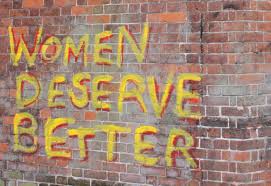 Elizabeth Rusch’s picture book about Mario Molina, the Mexico-born chemist who won the Nobel Prize for his work studying the destruction of the Earth’s ozone layer, was a decade in the making. It took her nearly 30 drafts to get it right, and she was thrilled when the children’s publisher Charlesbridge acquired it in 2013. The book was finally due out next month. Then, news broke that the book’s illustrator, David Diaz, had been accused of sexual harassment. Worried the book would be clouded by the controversy, Charlesbridge decided to postpone publication of “Mario and the Hole in the Sky,” pulp the finished copies and hire a new illustrator.

The list of prominent authors mired in harassment scandals has grown in recent months, and now includes best-selling children’s book authors, prominent political journalists and a National Book Award-winning novelist. As allegations of sexual harassment sweep through the publishing industry — resulting in canceled book deals, boycotts by bookstores and expulsions from writers’ conferences — publishers, agents and editors are grappling with how to tackle the issue in an industry where women account for around 80 percent of employees.

In October, Penguin Press quickly scrapped a forthcoming book on the 2016 election by John Heilemann and Mark Halperin, co-authors of the best-selling political tell-alls “Game Change” and “Double Down,” after it emerged that Mr. Halperin had sexually harassed multiple women at ABC News.

Last month, when the novelist Anne Ursu published an article on Medium about sexual harassment in the children’s book world, it set off a cascade of online accusations against prominent authors.

Ballantine, a Random House imprint, canceled a contract for an adult novel by James Dashner, after multiple women accused Mr. Dashner of harassment. Mr. Dashner is one of the industry’s most successful young adult novelists: his dystopian series “The Maze Runner” has sold more than 14 million copies across all formats.

Another blockbuster author, Jay Asher, whose young adult novel “Thirteen Reasons Why” has more than four million copies in print, was let go by his agent following a chorus of online accusations that he had harassed women and behaved in a predatory manner at an annual industry conference.

The novelist Sherman Alexie asked his publisher to delay the publication of a forthcoming paperback edition of his memoir, “You Don’t Have to Say You Love Me,” following a recent NPR report in which three women accused him of sexual misconduct ranging from inappropriate comments to unwanted advances. 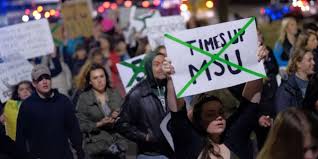 And then there’s Michigan State. The investigation began with the goal of uncovering how Michigan State University officials had failed to prevent Dr. Lawrence G. Nassar from assaulting hundreds of young women over decades. But the inquiry took a stunning turn on Tuesday when a university dean was accused not just of facilitating Dr. Nassar’s abuse, but of committing sexual misconduct himself.

Dr. William D. Strampel, who worked as Dr. Nassar’s boss at the College of Osteopathic Medicine, was accused by investigators of grabbing the buttocks of two female medical students. He suggested that one young woman leave school and become a “centerfold model,” investigators said. And he stored nude “selfies,” apparently of Michigan State students, on his work computer, court documents say, along with a video of Dr. Nassar performing “treatment” on a young patient.

“As dean of the college, Strampel used his office to harass, discriminate, demean, sexually proposition and sexually assault female students,” a detective from Michigan’s statewide police agency wrote in an affidavit.

The arrest of Dr. Strampel, who is 70 and was for 15 years the highest-ranking official at the osteopathic college, compounded the crisis facing Michigan State. It has seen its reputation devastated in recent months as scores of women recounted abuse by Dr. Nassar, a longtime university sports doctor. Women have described a corrupt culture at the university that diminished or ignored the complaints some of them made about Dr. Nassar as far back as the late 1990s. Michigan State’s president, Lou Anna K. Simon, left under pressure in January and trustees have faced calls to resign, even as the state’s criminal investigation into the university was expected to continue and additional charges were possible.