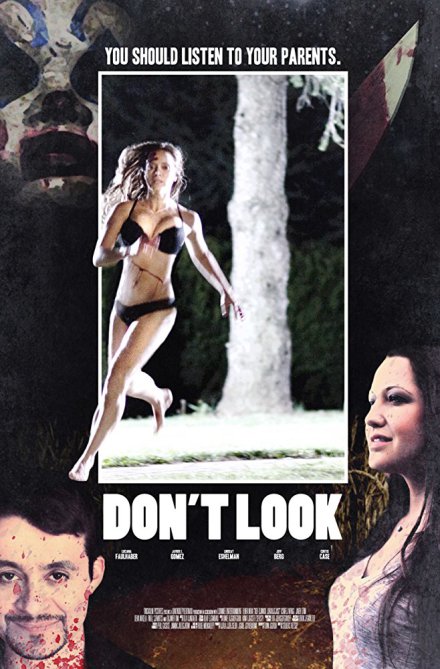 Unlikely heroes, contemporary themes and gender-role defiance in horror filmmaking take centerstage in this new, bloody and humorous approach to classic slasher films. In Luciana Faulhaber’s feature film directorial debut, five New York City millennials at the top of their game, head into a country farm for a feel-good Thanksgiving weekend, only to get caught up in the middle of a bloody family mess. Traditional roles are shattered to ensure survival. 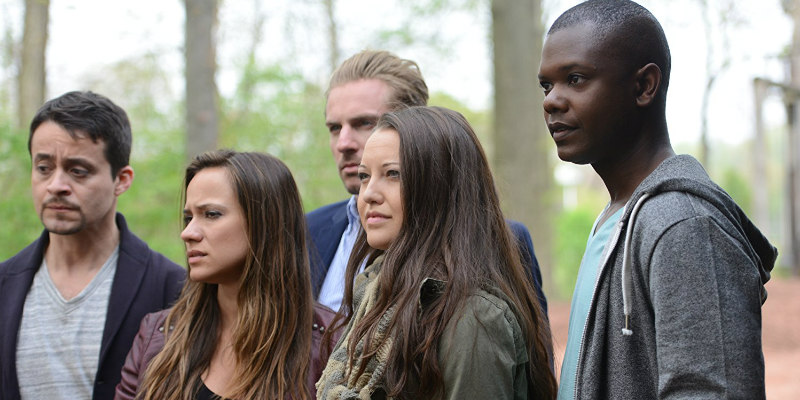 Nicole, Ted, Lorena, Alex and Sebastian are five New York City yuppies at the top of their game, who escape the big city for a weekend of fun and frolic in rural Pennsylvania. Yet something threatens to shatter their peaceful getaway. As it turns out, Nicole has invited her friends to her family’s old farm, where her parents died mysteriously.

Having lost the family farm many years ago, Nicole intends on reclaiming it – but it will cost her. Upon arriving at their idyllic farmhouse getaway, everything seems perfect as our friends let down their guard with food, drinks and sexy romance. The mood quickly turns sour as Nicole’s painful memories begin to encroach and her friends suddenly start to go missing….one-by-one.

As their savagely butchered dead bodies begin to turn up, the race is on for Nicole and her surviving friends to find the unknown killer before it’s too late. Is it the old farm’s creepy caretaker? Or the caretaker’s fetish-loving wife? Or is there a darker force at work, an uncontrollable force unleashed from Nicole’s shadowy, hidden past?

Classic slasher films get a fresh and modern approach in this sexy, stylized, bloody, sly and highly entertaining tribute to horror, while dealing with contemporary topics and defying traditional gender-roles in horror filmmaking. I, unlikely heroes must now step up to the plate to save the day – and themselves.

Luciana Faulhaber was born and raised in Rio de Janeiro, Brazil. She moved after being awarded and academic scholarship to study biology and research at Fordham University. After graduating top of her class, she continued her studies at Columbia University where she also received a scholarship to pursue a Master’s degree in political science. After a traumatic personal event Luciana decided to change her life, and pursue her calling of performing and filmmaking. Since then, Luciana has studied at the Esper Studios, Lesly Kahn, Labyrinth Theatre Company content Master Class, and UBC training. Luciana then continued to create her first production company World Player’s Inc. focusing on Off and Off Off Broadway productions culminating with the highly acclaimed New York premiere production of “The Smell of Popcorn”, with her producing partner Javier E. Gomez.

Subsequently, they continued to create film content establishing Enuff Productions, and starting with short films such as “Breaking Free”, “4-Play” and most recently “December.” Luciana not only created the feature film concept of “Don’t Look,” but together with her producing partner Javier, they developed and produced the entire picture. Luciana also starred and directed the film. Luciana intends to continue creating, producing and directing content.

Javier co-produced the 2011 Broadway revival of “Godspell”. Javier also holds a BA and MA in broadcast journalism, and currently hosts “Diálogo Abierto”, a weekly Spanish-language talk show on BronxNet TV, a local educational network in New York. Once upon a time he served as a Press Officer to New York State Governor George E. Pataki and New York State Attorney General Andrew M. Cuomo. Javier worked as a reporter for “El Diario,” the oldest Spanish language daily newspaper in the United States and won four national awards for reporting during his tenure at the newspaper. He is currently developing with Luciana Faulhaber a TV series pilot about his early day as a freshman journalist, as well as a new documentary film about the making of an obscure yet groundbreaking Broadway musical.