Hunting Nazi Treasure chronicles one of the greatest heists in history and the present-day efforts to locate gold and artwork stolen by the Nazis at the end of World War II and return them to their rightful owners. With hundreds of thousands of items worth billions still missing to this day, including a $100 million painting by Italian master Raphael, a $2 billion dollar hoard of stolen Italian gold, and the legendary Amber Room from the Catherine Palace in Russia, the series reveals what was stolen, how it was stolen, and leads the hunt for this lost treasure.

Filming in 13 countries across four continents, the series features a team of present-day investigators including Robert Edsel, President of the Monuments Men Foundation for the Preservation of Art. Joining him are investigative journalist, Conor Woodman, and Second World War historian James Holland, who track down witnesses, victims and their descendants, plus top experts on the Nazi era.

“It is my hope that Nazi Treasure Hunters will become America’s Most Wanted for culture and lead to the discovery – and return to the rightful owners – of some of the hundreds of thousands of priceless objects missing since the end of World War II,” said Robert Edsel, also author of the New York Times #1 bestselling book-turned-movie “The Monuments Men.”

In the May 1 premiere episode of NAZI TREASURE HUNTERS, the team investigates Hermann Goering, the number two official in the Nazi party and one of history’s most notorious crooks. Goering started a multi-country looting operation and many of his stolen treasures are still missing. The team travels to Germany, Holland, the United States, Spain and Switzerland to understand the most ambitious looter of the Nazi regime and recover his stolen treasures

“The Mystery of Rommel’s Gold”
Premiered Tuesday, May 8 at 10/9c

In 1943, the Nazis stole a huge cache of gold, currency and other valuables from the Jewish community of Tunisia and then the treasure disappeared. The team travels to North Africa, Corsica, Germany, and South America to separate fact from fiction and follow the trail of the missing loot.

Hitler had a dream to amass the world’s greatest art collection; it was a dream that became Europe’s nightmare. In this episode, the team investigates how Hitler oversaw the theft of thousands of art treasures from across Europe. Traveling to Austria, Germany and the United States of America, the team hunts down a 15th Century tapestry that once hung on the wall of Hitler’s dining room.

In April 1945, American soldiers blasted a hole in the wall of an underground mine in Germany. Inside: neatly stacked canvas bags full of looted gold worth an incredible $9 billion today, but amazingly just a fraction of the gold stolen by the Nazis during the war. In this episode, the team investigates why gold was so vital to the Nazis, the brutal methods they used to get it, and where some still missing gold may be hidden today.

Adolf Hitler invaded Poland to find Lebensraum or “living space” for the German people. Instead, he laid waste to towns and cities, murdered millions and stole mountains of treasure. In this episode the team investigates the Nazi looting of Poland and specifically the still missing Portrait of a Young Man by Renaissance artist Raphael.

The war between Nazi Germany and the Soviet Union claimed tens of millions of lives. It also produced two of the greatest stolen treasure mysteries of all time. In 1941, Nazi armies captured the palace of the Russian Tsarina Catherine the Great and stole the contents of her legendary Amber Room, a treasure worth an estimated $150 million and still missing today. Four years later, Soviet armies took their revenge by capturing Berlin and looting thousands of art treasures, which disappeared behind the Iron Curtain, and where some could remain hidden in Putin’s Russia today.

In June 1940 the Nazis captured Paris, one of the wealthiest cities in the world and the epicenter of European art and culture. This episode explores the story of how the Nazis systematically looted the entire city over four years of occupation. The team focuses its investigation on the Einsatzstab Reichsleiter Rosenberg (E.R.R.), a special task force headed by Nazi “philosopher” Alfred Rosenberg. The ERR set up at the Louvre and the Jeu de Paume where priceless works of art stolen from all over France were sorted and collected for Goering and Hitler.

In July 1943, Italian Dictator Benito Mussolini lost power and the Nazis take control of most of Italy. This episode explores the frenzied looting of that country by the Nazis in the last year of the war and reveals a secret OSS/CIA mission that helped save some of the greatest treasures of western civilization.

Robert M. Edsel has had at least three clearly defined successful careers in his 61 years in a wide variety of fields. From his beginnings as a nationally ranked tennis player, to 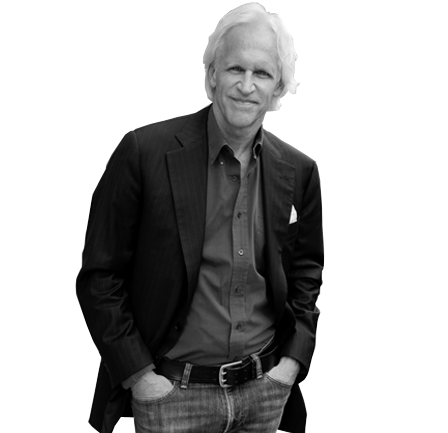 building a leading oil and gas exploration business that pioneered the use of horizontal drilling technology, to his achievements as a #1 New York Times Bestselling author writing about and representing heroes of civilization we today know as the Monuments Men, Mr. Edsel has used his innate curiosity and love of learning to bring excellence, innovation, and integrity to all that he does.

In 1996, while living in Florence, Italy, what began as a question—“How, during the most destructive war in history, did so many of the world’s great cultural treasures survive, and who were the people who saved them?” evolved into an impassioned journey to tell the story of the men and women who were instrumental in saving so much of mankind’s great artistic and cultural achievements.

His formal work began with the first of three non-fiction books, Rescuing Da Vinci, which he successfully self-published; the #1 New York Times Bestseller, The Monuments Men: Allied Heroes, Nazi Thieves and the Greatest Treasure Hunt in History, which has been translated into more than 30 languages, and a second New York Times Bestseller, Saving Italy: The Race to Rescue a Nation’s Treasures from the Nazis.

He is also the co-producer of the Emmy-nominated documentary film, The Rape of Europa. A film based on Mr. Edsel’s book, The Monuments Men, directed by and starring George Clooney, Matt Damon, Bill Murray, and Cate Blanchett, was released in February 2014.  He is considered one of the world’s leading experts on art looted during World War II, and the heroic work of the Monuments Men to preserve millions of cultural treasures from the destruction of war and theft by the Nazis. Mr. Edsel has been a guest on nearly every national, and many international, television and radio programs including multiple appearances on The Charlie Rose Show, CNN, BBC World News, NPR, and all three major domestic television networks, and has been the subject of numerous print publications including The New York Times and The Wall Street Journal, among others.

Mr. Edsel is the Founder and Chairman of the Monuments Men Foundation for the Preservation of Art,  a not-for-profit entity. In addition to recognizing these long forgotten heroes, the Foundation has played a leading role in the discovery of more than twenty priceless treasures missing since the end of the war, which it has returned to their rightful owners.  The Foundation was one of ten recipients of the 2007 National Humanities Medal, an award presented by President Bush during a ceremony held in the East Room of The White House. The National Humanities Medal is the highest honor given by the United States for excellence in the Humanities

Mr. Edsel is a highly sought dynamic public speaker, sharing stories about the Monuments Men, and his personal journey in unearthing and telling their story, at leading institutions in the United States, Europe, and Japan including the Eisenhower Institute, the National Archives, the National Gallery of Art, the Nelson-Atkins Museum, National World War II Museum, Yale University, the Art Institute of Chicago, the Eisenhower Presidential Library, and more recently the Vatican (Rome), Accademia (Florence) and Brera Museum (Milan).  He regularly gives presentations at museums, colleges, secondary schools, and community centers in North America and Europe. He has spoken before more than 60,000 people these past ten years.

In August 2017, production commenced on a new eight-part television documentary series titled Hunting Nazi Treasure. Mr. Edsel served as the program’s Executive Producer and on-air host. Over the next nine months the cast and crew filmed in fourteen countries on three continents pursuing leads in an effort to locate and return some of the hundreds of thousands of cultural objects and works of art missing since the end of World War II to their rightful owners. The program has aired on History Channel Canada and will debut in the United States on Discovery’s American Heroes Channel in May 2018. Click on this link to see a promotional clip of the program.

–April 2008, “President’s Call to Service Award.” This award is presented to individuals by the President’s Council on Service and Civic Participation, in recognition and appreciation of their commitment to strengthening the Nation and for making a difference through volunteer service.

-January 2010, Trustee of the National World War II Museum in New Orleans, LA. He served on the museum’s Executive Committee from 2010-2016. The museum was founded by renowned historian, author and educator, Dr. Stephen Ambrose and opened on June 6, 2000, the 56th anniversary of D-Day. In 2019 the Museum will break ground on its Liberation Pavilion, which will include a permanent exhibit about the Monuments Men.

-September 2014, “Lifetime Achievement Award” from the National Council for the Promotion of Italian Language in American Schools in recognition of his research, passion and commitment to the preservation of Italian Art and Culture.

-November 2014, “Records of Achievement Award” from the Foundation for the National Archives. The award recognizes an individual whose work has fostered a broader national awareness of the history and identity of the United States through the use of original records.  Previous recipients have included Tom Brokaw, Ken Burns, David McCullough and Steven Spielberg.

-June 2015, “Anne Frank Human Writes Award” from the Anne Frank Center. The annual award is given to writers who have proven themselves to be exceptional leaders in combating the sort of intolerance, prejudice and injustice that Anne Frank and so many others faced.

-August 2017, “Honorary Member of the U.S. Army’s 88th Infantry Division” – the famed “Blue Devils” – on the occasion of their 100th anniversary of service beginning in France during World War I.