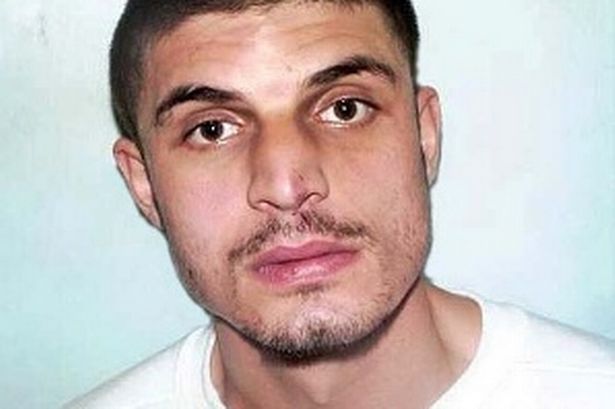 In an extra amazmo edition of After Hours AM/The Criminal Code — True Crime Wednesdays 9-11pE with hosts Joel Sturgis, Eric Olsen, and secret weapon, forensic psychologist Dr. Clarissa Cole — Dr. Cole leads us in a dive into the mind and behavior of English “Freddy Krueger Killer” Daniel Gonzalez who, inspired by horror movie characters like Freddy Krueger and Jason Vorhees, went on a killing spree in 2004. We’ll discuss Gonzalez in the 10pE hour; at 9pE we’ll romp through the latest True Crime headlines.

Who was Daniel Gonzalez? Click over to Dr. Cole’s site The Criminal Code for the entire breakdown on Gonzalez, who was born in 1980, lived in Woking, Surrey, with his mother, Lesley Savage, 46, and her domestic partner. Gonzalez, described as “dark and handsome,” attended a private school, Gordon House, in Woking. He was a chess champion, talented actor and highly accomplished student. His favorite pastime was to watch horror films. Apparently, he never had a girlfriend, did not have any friends, and had never had a job. Beginning as early as 1990, his parents were worried enough about him that they took him to a psychologist. While still in school, he had begun talking to himself, and would laugh aloud for no apparent reason….

Beginning shortly before, then continuing amidst, his killing spree, Gonzalez wrote letters to himself using an established nickname, “Zippy.“ He gave himself pointers, and wrote of his plans, hopes and dreams. At one point, he wrote that this murderous undertaking was “one of the best things I’ve done in my life.”

On Wednesday, September 15, 2004, Gonzalez traveled thirty miles, to the isolated coastal area of Portscreek, a place popular with walkers and runners, near Hillsea Station, Portsmouth. Peter King, 61, and wife were walking their dog, when Gonzalez declared to the man that he was going to kill him. Though he suffered multiple stab-wounds to the chin, and a minor slashing wound to the throat, King was able to fend off his attacker. Gonzalez muttered, “Sorry, I’m a schizophrenic, I can’t help it,” then ran away….

Listen to the show for the entire story!