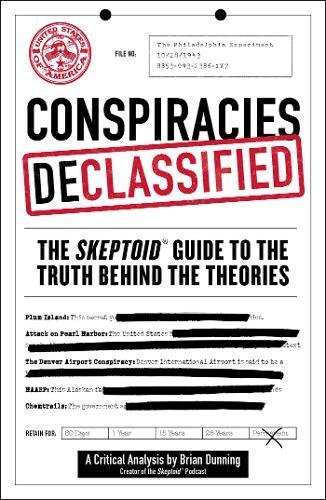 In an illuminating and edifying edition of After Hours AM/America’s Most Haunted Radio — scintillating paranormal talk Thursdays 9-11pE with hosts Joel Sturgis, Eric Olsen, and Heidi Hollis — we talk with Brian Dunning, Skeptoid podcaster and author of Conspiracies Declassified about the truth behind dozens of the strangest and most prevalent conspiracy theories buzzing around in the fevered minds of adherents worldwide. We talk with Brian at 10pE; at 9pE Joel, Eric, and Heidi discuss the latest paranormal news from the America’s Most Haunted Twitter feed.

Conspiracies Declassified: The Skeptoid Guide to the Truth Behind the Theories

A collection of the wildest conspiracies to ever exist, from mind control experiments to lizard people, this book explores, debunks—and sometimes proves—the secret stories that don’t quite make it into the history books. What’s fact and what’s fiction? With conspiracy theories, sometimes it’s hard to get to the truth!

In Conspiracies Declassified, to be published June 5 by Simon and Schuster, author and expert skeptic Brian Dunning explains fifty true stories of famous conspiracies throughout history. From the moon landing hoax, to chemtrails, to the mind control dangers of fluoride, Dunning is here to sort the truth from the lies to tell you what really happened. 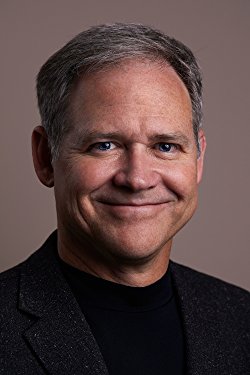 Brian Dunning is a science writer and the current host and producer of the podcast Skeptoid: Critical Analysis of Pop Phenomena, and the author of seven books on scientific skepticism. Since 2006, the weekly Skeptoid podcast has been taking on all the most popular myths and revealing the true science, true history, and true lessons we can learn from each. The Internet stream has 150,000 weekly listeners, plus many more on syndicated radio.

Brian is also the writer and presenter of the documentary films Here Be Dragons and Principles of Curiosity. He has lectured on conspiracy theories at universities nationwide and in Germany and Australia, including an annual appearance at a national security course at American University in Washington, DC. He has appeared on numerous radio shows and television documentaries, and also hosts the science video series inFact with Brian Dunning. A computer scientist by trade, Brian uses new media to showcase the rewards of science and critical thinking. He is a member of the National Association of Science Writers and lives in central Oregon with his family.