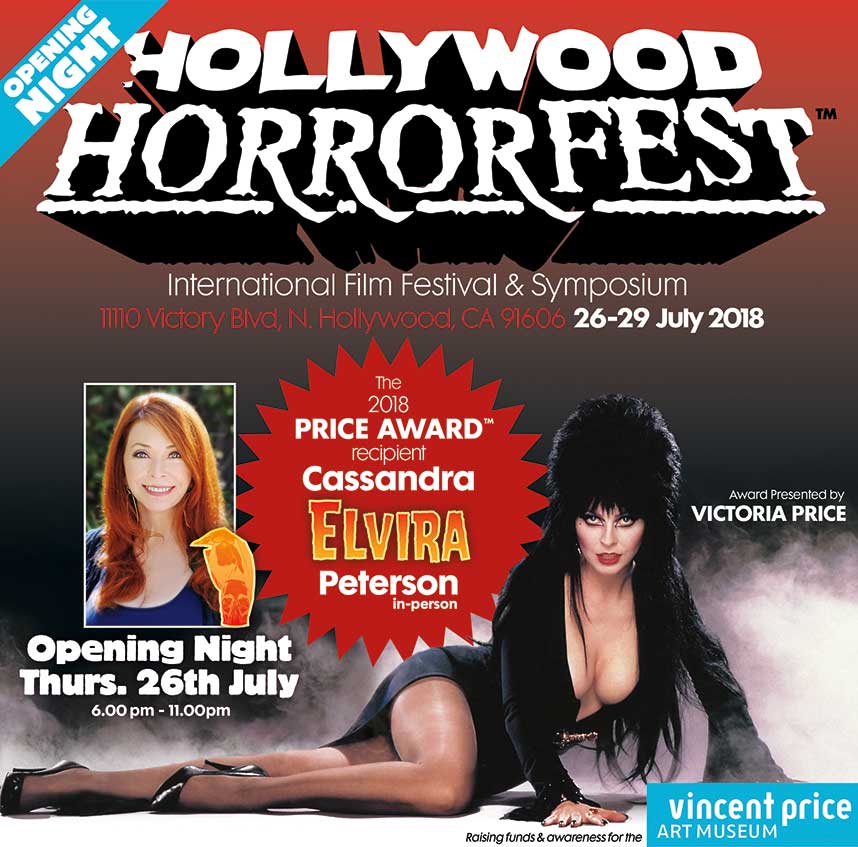 On a horrifically entertaining and informative episode of After Hours AM/America’s Most Haunted Radio — scintillating paranormal talk Thursdays 9-11pE with hosts Joel Sturgis, Eric Olsen, and Heidi Hollis — we welcome Hollywood Horrorfest founder Miles Flanagan to wrap this year’s just concluded wild fest honoring a bloatload of new scary flicks and the legendary Cassandra Peterson, aka, Elvira. We will also be previewing Miles’ Boobs and Blood Film Festival, and magazine of the same name. Miles will join us at 10pE; at 9pE, Joel, Eric, and Heidi will present the latest paranormal news from the America’s Most Haunted Twitter feed. 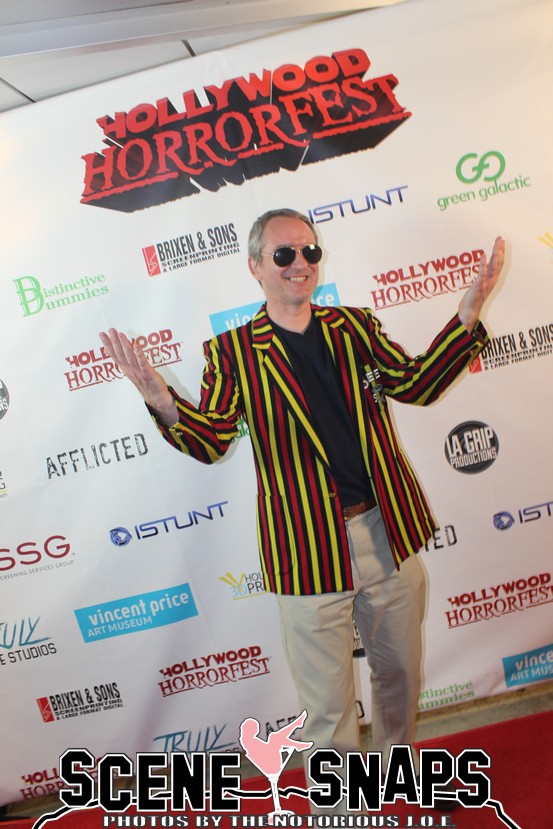 Flanagan started his career as an animation director in the UK producing shorts for LIQUID TV, TV spots for MTV, directed live-action music promos for The Pogues, Paul McCartney, Dave Stewart & Candy Flip. He set up a record label in London in the early 2000s, releasing several 12” records and compilation CDs under the name ATOM SMASHER.

Eventually, Miles moved to the US and directed animated TV spots for Nike, Home Depot, Pringles, and Microsoft’s global “We See Potential” campaign. He directed the opening theatrical logo for Lakeshore Entertainment, and the award winning Ellen Show title sequence. He has written several children’s animated TV scripts, including one that Aardman’s described as “the best they’d ever read,” and he developed a children’s show with the late, great Donald Pleasance.

He founded production company, PARALLAX STUDIOWORKS, INC. in 2005 in Los Angeles and created a series of award winning spots for “St. Louis Zoo” and “Microsoft.”

Flanagan produced his first feature film, the award-winning political satire/horror film PRESIDENT WOLFMAN (co-produced & directed by Mike Davis). which was released by WILD EYE (DVD) in early 2014. He is currently in Post Production on first directorial feature THE WHISPERERS.

Welcome to HOLLYWOOD HORRORFEST 2018 – the Awards festival that both screens films in competition & helps you network, promote and sell your film, and gets your film in the TV series HHF PRESENTS.

Over the years there has been an explosion of Indie Horror film festivals.  And while that’s always great news, after the awards have been handed out, many film-makers are left wondering what to do next.  Too often many acclaimed, award winning features and shorts remain unsold and undistributed.  The industry has changed dramatically over the last few years and HOLLYWOOD HORRORFEST 2018 reflects that change.

The big question is how do you actually make any money from all your hard work?   Well at HOLLYWOOD HORRORFEST 2018 we’re gathering some of the best and knowledgeable names in the indie horror industry to help answer your questions.  We’ll also have representatives from many of the current independent distribution companies at hand plus sales reps and PR companies with valuable tips on how to market your work.  Whether you’ve made a short or feature, we have panels that can help with:

Films in competition will be screened throughout the festival.  All film-makers will get to:

Festival winners will also be invited to participate in some of the informative panels – imparting their unique insight into how they got their films financed, made, sold and distributed.

And most importantly we’re now working with one of AMAZON VIDEO’s longest running aggregator/distributors and give our winning entries the opportunity to be part of Season Two of our acclaimed TV series HOLLYWOOD HORRORFEST PRESENTS. So hopefully our winners will make some money too.

“Awards are fun, but getting a check in the post is even funner.”

Ultimately this is a great opportunity to screen, promote and sell your work – all in one place.

Living legend CASSANDRA PETERSON, last week was honored with the prestigious PRICE AWARD, at a SOLD OUT HOLLYWOOD HORRORFEST. Given to an artist whose work has achieved iconic status in the horror genre, the award was presented by both VICTORIA PRICE (through a digital presentation) and in-person, by R.C MATHESON (son of legendary writer RICHARD MATHESON). R.C’s father wrote many of the VINCENT PRICE screenplays that were so wonderfully parodied in ELVIRA’S HAUNTED HILLS. The presentation was followed by a screening and cast & crew reunion of the cult classic ELVIRA’S HAUNTED HILLS. All making the Opening Night of HOLLYWOOD HORRORFEST one very special evening.

ALAN HOWARTH received HOLLYWOOD HORRORFEST’S career honoring IMPACT AWARD last weekend and played a live set of Carpenter/Howarth classics from the likes of HALLOWEEN, ESCAPE FROM NEW YORK, BIG TROUBLE IN LITTLE CHINA and THEY LIVE to name but a few. An amazing night was had by all. Followed by a 30th Anniversary screening of THEY LIVE and a Q&A with HOWARH, THEY LIVE editor GIB JAFFE and THEY LIVE P.A WHITNEY SCOTT BAIN.

Committed to helping new filmmakers learn more about the indie horror business, HOLLYWOOD HORRORFEST will be screening this highly acclaimed and incredibly insightful documentary for FREE. It will be followed by a Q&A with DEE WALLACE and the Director & crew. The festival’s own A PANEL TO DIE FOR (P2D4), featuring industry insiders giving advice on how to best make and distribute your low budget masterpiece, also for free, will follow.

Best Foreign Language Short – SOMETHING IN THE DARKNESS

Best Short Screenplay – Rachel Greenhouse for “IN THE WOODS”