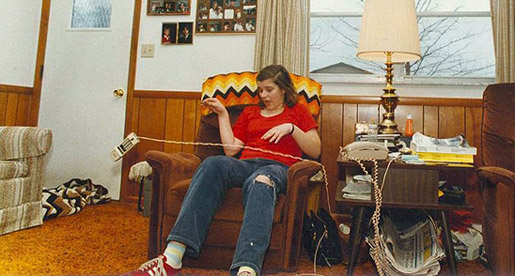 After a summer’s pause we are extraordinarily excited to return to True Crime, Wednesdays 9-11pE, on After Hours AM/The Criminal Code with hosts Joel Sturgis, Eric Olsen, and special guest and secret weapon, forensic psychologist Dr. Clarissa Cole. On tonight’s episode, Clarissa leads us through the bewildering and tragic case of Tina Resch. Was she an abuse survivor with telekinetic powers that she struggled to control? Or was she the callous murderer of her three year-old daughter? Or both?

Let’s dive into Dr. Cole’s presentation of the case from her Criminal Code website – she will complete her assessment of the case on the show – tune in and welcome back!

Baby Tina was born on October 23rd, 1969. Abandoned by her mother, the baby was subsequently adopted by Joan and John Resch. They raised little Tina in a modest suburban home in Columbus, Ohio.

Far from a happy home environment, the elder Resches utilized strict discipline — (allegedly including physical beatings — to keep the young Tina in line. You see, Tina had a penchant for expressing herself loudly and excitably. She also had the habit of disrupting her school classroom environment by spouting off obscenities. It got so bad that eventually the bullying and school write-ups forced the Resches to home-school the girl. This, predictably, caused more acting out since Tina was now exposed to her adoptive parents 24/7.

When Tina was thirteen, her best friend died in a tragic car accident. Additionally, her brother Jack reportedly molested her. She was prescribed Ritalin (a stimulant drug for Attention Deficit Hyperactivity Disorder), but it didn’t improve her unruly behavior. She endured more beatings at the hands of her father, and, by the beginning of 1984, Tina had had enough.

Soon, the entire family began noting objects sailing around the house, seemingly of their own accord. Plates flew against walls, phone handsets ejected themselves into mid-air, and lamps careened off tables. The one thing these events had in common? The presence of 14-year-old Tina. Frustrated with the goings-on, Joan Resch contacted a reporter that she had worked with in the past: Mike Harden.

By March of 1984, the story was printed in the Columbus Dispatch (with photographs taken by Fred Shannon) that purported to uphold the Resch’s claims that their daughter Tina was telekinetic and causing the poltergeist phenomena that plagued their home. The only problem with writing the story had been that the activity (of objects moving of their own accord) never seemed to happen when a person was looking directly at Tina. Yet, when observers looked away, objects moved with some reliability. Frustrated with waiting, photographer Shannon decided to look away and just start snapping photos when he detected movement out of the corner of his eye. (See image at top of page.)

As soon as the footage hit newsstands, the Resches were besieged by reporters, paranormal investigators, and skeptics. Parapsychologist William Roll and various television news crews were admitted to the Resch residence. However, Paul Kurtz, chairman of the Committee for the Scientific Investigation of Claims of the Paranormal, and his team members, including seasoned stage magician James Randi, were not.

Initial reports were that the paranormal activity was genuine…and terrifying. The American public naturally responded to the story with fear, as the blockbuster movie Poltergeist had just been released a couple of years prior. How could anyone protect their family or their vulnerable children from these frightening forces?  For his part, William Roll decided to find out. He invited Tina Resch to his research laboratories in North Carolina. He also suggested neuro-psychological exams.

It seemed that the crazy happenings were finally explained and the family could get down to the difficult business of trying to treat Tina’s affliction. However, when WTVN-TV in Cincinnati decided to do a story, they inadvertently left a camera aimed at Tina running while they were packing up their equipment. It seemed like it was the perfect blunder – because as soon as the crew had left the room, a lamp had flung itself off the table in Tina’s direction and she’d screamed in fear. Yet, when the tape was viewed in it’s entirety, it showed that Tina had actually reached up and pulled the lamp toward herself while simultaneously jumping back and calling out.

Later, James Randi was able to view the negatives of the photos that Shannon had taken for the original Columbus Dispatch story. In the unpublished pictures, Randi stated that the position of Tina’s hands/arms strongly suggested that she herself had picked up and thrown the phone across her body. And, since that time, the Columbus Dispatch has refused access to the negatives to everyone – including the Columbia Journalism Review.

This caused no small degree of embarrassment for the Resches, who continued to battle with Tina and all of the phenomena that came with her. By the time Tina Resch was 16-years-old, the Resches decided to sell their house, citing ‘unwanted attention and consternation from neighbors’ as the main reasons. Furthermore, they decided that they did not want to take Tina with them. This meant that a judge would decide Tina’s fate in court.

In a desperate bid to keep herself out of the foster system, Tina decided to elope with a man named John Bennett. Unfortunately, this didn’t improve Tina Resch’s fate. Bennett also began physically abusing her shortly into their marriage. By 1987, Resch had fled to a women’s shelter and divorced him.

In 1988, Resch became pregnant by a man who she never identified. For the baby’s sake, Resch married a man named Larry Boyer. Her daughter, Amber, was given his last name. Still, it did not change things, and Resch was routinely beaten by Boyer until she decided to leave him too. This time, she reached out to the one person who had always treated her with kindness: parapsychologist William Roll.

Roll suggested that Resch and her daughter Amber come and stay with him and his wife. For the first time, it looked like Resch had found a safe space where she could flourish. She was learning parenting skills and taking nursing and computer classes. By all accounts, she and Amber were thriving. In time, Resch even began dating again. This time she chose a divorced man with a daughter of his own. His name was David Herrin.

In April of 1992 – just a few months after Resch had started seeing Herrin – her daughter Amber was  found unresponsive while in Herrin’s care. He was reportedly babysitting while Resch was working on a paper for school. After Herrin called Resch to tell her that he couldn’t wake Amber, the couple rushed the 3-year-old to the hospital, where she died….

Click over to the Criminal Code for the rest of the story and tune in to the show right here for analysis and final conclusions!