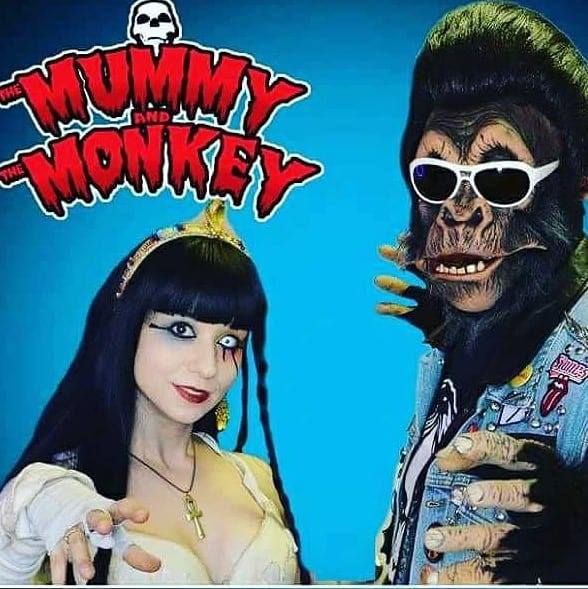 On a rollicking and Halloweeny edition of After Hours AM/America’s Most Haunted Radio — scintillating paranormal talk Thursdays 9-11pE with hosts Joel Sturgis and Eric Olsen — we welcome horror movie hosts, entertainers, and oddities shop owners Janet Decay and Grimm Gorri, aka the Mummy and the Monkey. We talk with the gruesome twosome at 10pE; at 9pE, Joel and Eric review the hottest paranormal news from the America’s Most Haunted Twitter feed. 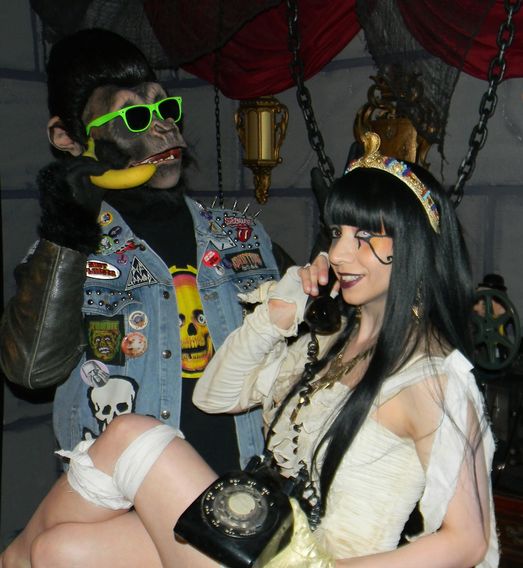 Straight  Outta Cleveland, Janet Decay and Grimm Gorri have joined forces to host  their  show: “The Mummy and the Monkey” in order to continue a local  tradition that spans over fifty years! Influenced by local greats like  Ghoulardi, Superhost, Big Chuck & Lil’ John, as well as nationally syndicated shows such as Elvira and Mystery Science Theatre 3000, they deliver wacky comedy bits and screen cheesy B-movies. The Mummy and the Monkey also own one of Cleveland’s coolest horror/oddity shops, the Thrift Crypt in Lakewood, and are live every Friday at 10pE on Facebook with their Hairy Scary Hangout playing super lame horror movies and chatting amiably with fans.

Janet Decay joined the ranks of Cleveland late night hosts when she took on the mantle of Daughter of the Ghoul in 2012. It was there that Decay met with Grimm Gorri, a man/ape hybrid who also worked on the show. Once her time on Daughter of the Ghoul came to an end, the two joined forces to create their own addition to the late night pantheon. Airing initially on public access cable, it was not long before the pair shifted to YouTube in order to reach a wider audience and to allow for the feedback that public access did not provide. About a year ago, the duo migrated to Facebook live, where they currently host their Friday night show in real time and enjoy an added dimension of audience participation that former venues could not offer.