Examining ’80s Florida Serial Rape/Murder Duo Gore and Waterfield with Dr. Clarissa Cole on After Hours AM/The Criminal Code Actually, it should be "Waterfield and Gore" for those who are keeping score 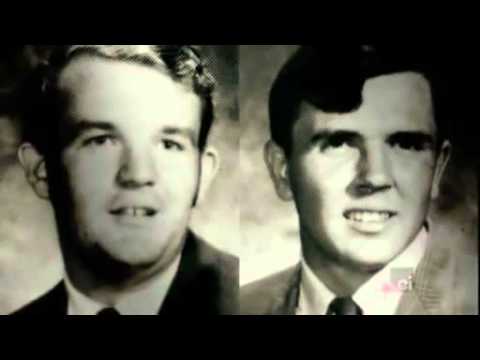 This duo has been dubbed “Gore and Waterfield,” as though Gore — the one who received the death penalty — was the dominant of the two, the driving force. When you look them up online, Gore is featured prominently, with a Murderpedia page, a Wikipedia page, and more. But Waterfield? He’s noted mostly as an “accomplice.”

But that description couldn’t be more WRONG.

…David Gore was born in 1951 in Indian River County, Florida. He was a pudgy, uncoordinated, unpopular kid who failed gym class all four years of high school. In fact, he wasn’t involved in many extra-curriculars at all, unless you include the self-study he did on firearms. Gore was obsessed with guns throughout his childhood. He was also obsessed with women. Unfortunately, they didn’t feel the same way about him.

For Gore’s cousin, Fred Waterfield (born in 1952), it was a different story. Waterfield was good-looking, popular kid who ended up a high school football star and always had a succession of girlfriends hanging around. Even though he was a year younger, he had a swagger about him that drew people in, including Gore. This might’ve seemed like an odd friend for someone like Waterfield to have, but truth be told, Waterfield had trouble keeping his other friends due to a quick temper anyway. Over time, the two realized that they had many things in common. The most prominent similarity between Gore and Waterfield was a desire to sexually assault women.

…In February of 1981, Gore stalked 17-year-old Ying Hua Ling as she got off the school bus. He flashed his badge and asked her if she’d like a ride home. When they arrived at Ling’s house, Gore found that her mother was home too. Not to be dissuaded, Gore handcuffed the two together and called Waterfield. He promised to show up, but had to drive from Orlando. In the meantime, Gore took the women to his father’s orchard and raped both of them.

When Waterfield arrived, he decided that the elder Mrs. Ling was “too old” for his liking, so he proceeded to tie her up with such force that she suffocated herself trying to wriggle out of her bonds. Waterfield then violently raped Ying Hua Ling and murdered her. On his way out of the orchard he gave Gore $400 and left his cousin to clean up the mess.

Five months after the Ling murders, Gore was on the hunt again. This time he was looking specifically for a blonde because Waterfield had requested one. When Judith Daley crossed Gore’s path, he knew he had found her. He promptly disabled her vehicle and then posed as a good Samaritan, offering to help her. As soon as she acquiesced, he cuffed her and drove her out to the orchard. Waterfield met him there and both raped Daley. She was then strangled and dumped in a swamp for alligators to dispose of. At the end of the ordeal, Waterfield wrote Gore a check for $1,500.

Click over to The Criminal Code for the rest of the pair’s heinous deeds and listen to the show for a final analysis!