Talking Aliens and Madmen in the Desert with CALLING ALL EARTHLINGS Filmmaker Jonathan Berman on After Hours AM/America’s Most Haunted Radio The true story of Howard Hughes, the Postwar avant-garde, and a mad genius named George Van Tassel who took off from the California desert in a flying saucer 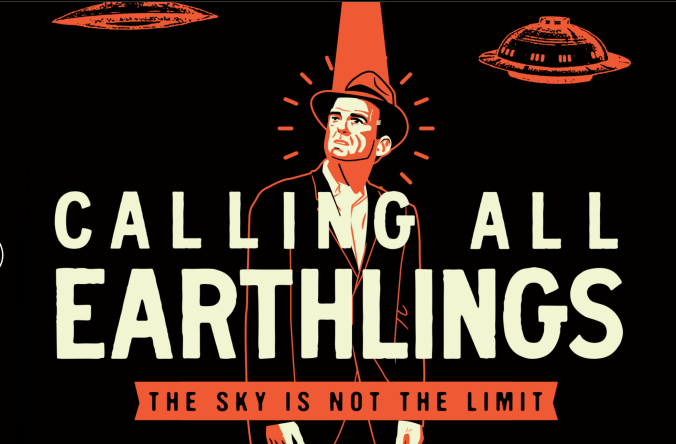 On a cosmic edition of After Hours AM/America’s Most Haunted Radio — scintillating paranormal talk Thursdays 9-11pE with hosts Joel Sturgis and Eric Olsen — we welcome Jonathan Berman, filmmaker of wildly entertaining and perceptive documentary Calling All Earthlings, about visionary mid-century desert dweller and UFO contactee George Van Tassel. We speak with Jonathan at 10pE; at 9pE, Joel and Eric review the latest paranormal news from the America’s Most Haunted Twitter feed.

Calling All Earthlings is the true story of Howard Hughes, the Postwar avant-garde, and a mad genius named George Van Tassel who took off from the California desert in a flying saucer.

In 1947, Hughes employee and confidante George Van Tassel suddenly quit working for his mentor and ditched conventional life, moving deep into the Mojave Desert where he and his family slept under a rock. He left behind a frayed Los Angeles in the grips of postwar paranoia, opting for the quietude of Joshua Tree. During an August, 1953, full moon Van Tassel encountered extraterrestrials, who gave him the plans to build a rejuvenation machine he dubbed “The Integratron.”

Van Tassel believed he was chosen by these extraterrestrial visitors, led by Solganda — who “spoke” to him with a voice not unlike that of actor Ronald Coleman — to build a massive experimental dome that would open a hole in time and space. Van Tassel soon combined Solganda’s blueprints with the work of Nikolai Tesla and other alternative scientists.

Long before the X-Files, and the internet, it was the threat of nuclear bombs and stifling social conformity that drew artists, inventors, eccentrics and postwar seekers to the desert to experiment with alternate lifestyles and futures. They joined other do-it-yourself inhabitants of the “jack-rabbit shacks,” the five acres that the government gave to citizens through the Small Tract Act of 1938.

Van Tassel, a pilot and self-taught inventor, became local, and became one of the first gurus of alien contact culture. Using ‘outsider science” and rugged charm, Van Tassel pursued his dream of combining science and spirit to create a new utopia. The Integratron would not only solve the issue of aging and the attendant loss of seasoned wisdom but would also act as a source of unlimited power for the planet 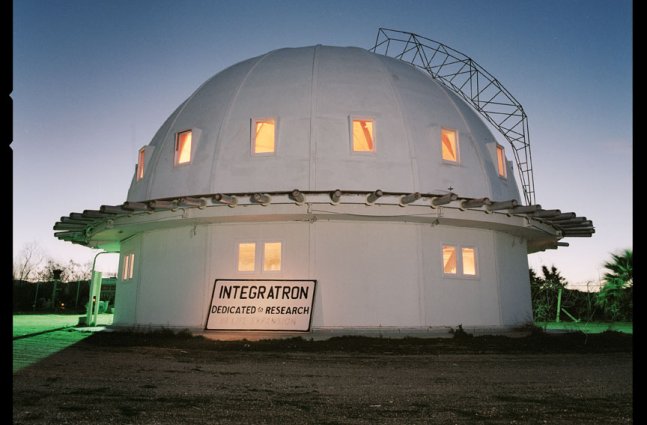 In the 1950’s, George Van Tassel devised the Interplanetary Spacecraft Conventions as a way to fund the dome and bring attention to his transformative and rabidly anti-militaristic stance. Was he crazy or could The Integratron really work?

Rich Los Angeles playboys helped fund the work (seeking rejuvenation, of course) and they flew into his airfield nearby, including his old boss, one Mr. Howard Robard Hughes.  Hughes’ concern over contamination bonded him to the anti-nuclear Van Tassel and he added money to the project.

With his can-do neighbors, Van Tassel actually built his dome and prepared to turn it on. People flocked to the desert to join in what quickly became an alien-guided, peace-loving, revolutionary movement. Questionable science, secret agents, and an army of eccentrics collide on the edge of the American Dream to try to further – or halt – this new reality. 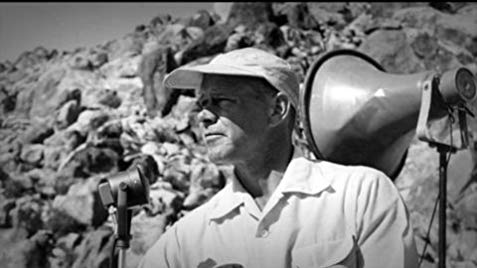 It looked promising but there was a hiccup: the Integratron stood on the border of one of the largest military bases in the world, the Marine Corps Air Ground Combat Center, commonly known as Twentynine Palms. It was balanced by its other neighbor, an enigmatic boulder, Giant Rock, that was once revered by American Indians and has its own embattled history.

Calling All Earthlings tells the story through the eyes of current and past residents of the Joshua Tree area — including singer and former Animal Eric Burdon; medicine woman Valerie Brightheart; Ernest Siva, historian and elder of the Morongo Indians; L.A. Free Press publisher Art Kunkin; and the current “Stewards of the Dome, the Karl sisters, who now own the property. Rounding out the story are esteemed California historian Dr. Kevin Starr, skeptical astronomer Bob Berman, and legendary “Stargate” participant Dr. J.J. Hurtak.

Featuring a celestial score by Knitting Factory stalwart Elliott Sharp, desert ambient wizard Clive Wright, and other co-conspirators including the legendary Harmonia and Queens of the Stone Age’s Dave Catching, the project is an enigmatic look at the boundary-breaking culture of Joshua Tree and its eccentric residents, still waiting for their spaceship. 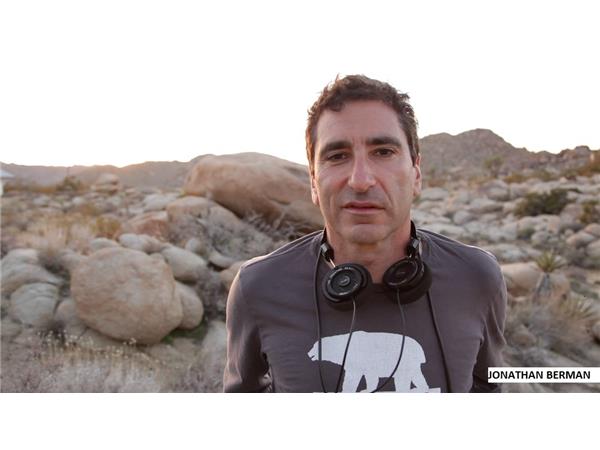 Jonathan Berman is Project Director and Producer of CAlling All Earthlings, and an Associate Professor in Arts and Technology at Cal State San Marcos. His films explore subculture and identity, challenging and redefining how alternative people, groups and ideas are represented. Berman began by working on Pee Wee’s Playhouse, The Toxic Avenger 2, and on other TV, genre and art projects before shifting to documentaries since “real life is more fantastic than most fiction.”

He made The Shvitz, a National Endowment for the Arts supported project that found a wealth of characters and attitudes in the diverse patrons of a traditional New York bathhouse. My Friend Paul, produced with the Corporation for Public Broadcasting, focused upon the turbulence of bipolar illness and was one of the first modern documentaries about the friends and family of the mentally ill. Commune was the first recent documentary film to reexamine the legacy of Sixties counterculture wins and excesses through communal living. Other work includes ‘story by” for the feature comedy On The Run, producing the documentary Sabbath in Paradise for German TV, and producing episodes of Maternity Ward for Discovery/ NY Times.