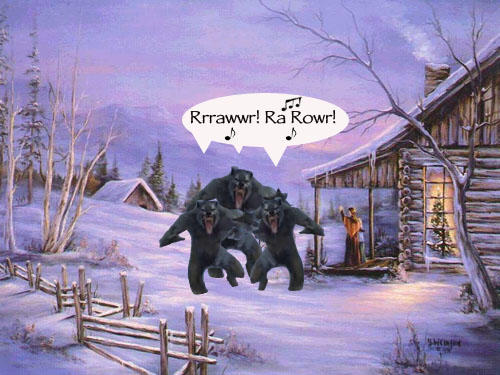 Of all the odd customs, traditions, and legends associated with Christmas around the world, none seems odder than the werewolves of Yule. Werewolves and Halloween? Obviously. Christmas and a baby, a manger, a magical gift giver in red and white? Clearly. But why werewolves and Christmas?

Predating Christmas, there was widespread pagan belief in the Europe that the winter solstice was a significant time for monsters in general (vampires, werewolves, witches, evil spirits) just as it was for humans. The creatures of the night were out and about in force at the time when the dark held sway over the 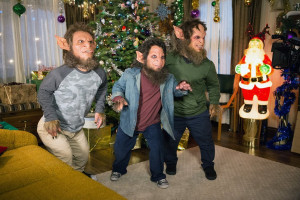 light. So that’s part of it.

Another possible pre-Christian connection to the werewolves of Yule is with the Greek Kallikantzaros, a monkey-like demon creature who spent most of the year underground trying to chop down the World Tree. But after sunset between December 25th and January 6th, the beasties came out to run amok and scare the horses. Their terrorizing could be remedied, though, by simply putting a colander on the porch and the Kallikantzaros would compulsively count the holes until the break of day and their subterranean return. Some theorize that ancient myths about the Kallikantzaros mutated into werewolves of Yule lore. 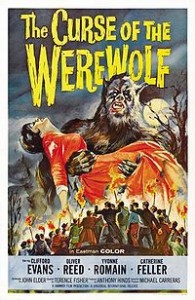 The first specific werewolf myth we will address is the connection between a Christmas Day birth and the curse of the wolf. This belief was strongest in Poland and northeastern Europe. At least this belief provides an ostensible “why”: being born on Christmas Day is an insult to Jesus. In the 1961 Hammer film, The Curse of The Werewolf, after a young woman is raped in a Spanish prison, she escapes and lives in the wild for a time before finding her way to a hospital where she is nursed back to health and gives birth to a boy on — you guessed it — Christmas Day.

Despite ritual steps taken to break the curse, the boy (Oliver Reed) grows up to be a full-blown werewolf. This seems patently unfair because the child himself has done nothing wrong other than be born on Christmas Day, an event for which he is surely not responsible. But apparently the sins of the father, a prison rapist, are being visited upon the son. Imagine if EVERY child born on Christmas Day became a werewolf: at least they would have plenty of kids their own age to play with. A variation on the belief was that conception was the critical moment, not birth, which doubtless led to a lot of “keep your hands to yourself” on Christmas. 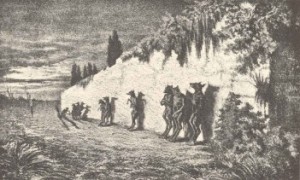 werewolves had a party on Christmas night, and then issued forth to “rage with wondrous ferocity against human beings… for when a human habitation has been detected by them isolated in the woods, they besiege it with atrocity, striving to break in the doors and in the event of doing so, they devour all the human beings, and every animal which is found within.” Too much eggnog? Who knows.

Another Baltic belief of the time was that “at Christmas a boy lame of leg goes round the country summoning the devil’s followers, who are countless, to a general conclave. Whoever remains behind, or goes reluctantly, is scourged by another with an iron whip… The human form vanishes and the whole multitude becomes wolves.” I guess the meeting was mandatory.

Closer to home, in Louisiana, Pere Noel, the French-culture Santa Claus, glides through the swamps and bayous in a flat-bottomed boat pulled by alligators in the company of a red-nosed werewolf.