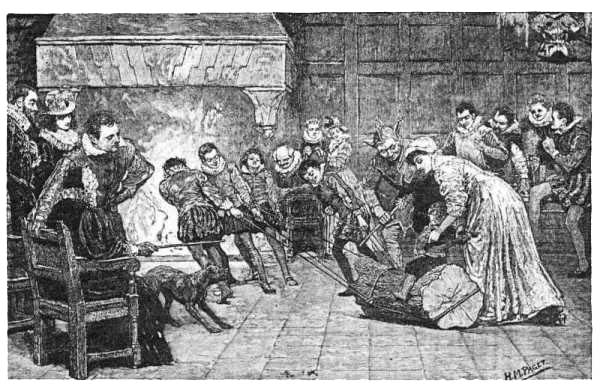 Most of us take the rituals and customs of Christmas at face value and don’t realize how weird and ancient some of them truly are. Remember the Log Lady on Twin Peaks? The middle-aged woman who cradled a log in her arms and passed on its clairvoyant prognostications? Well, the Christmas Yule log tradition is almost that strange.

Up to the the very recent past and in all but tropical climates people have been utterly dependent on fire for warmth, light, cooking, and ke 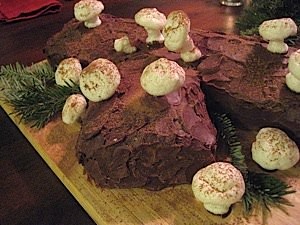 eping wild creatures at bay. A robust but contained fire was the literal and symbolic essence of life, and the hearth the center of the home. The fact that the word “hearth” can be used synonymously with “home” is not coincidental. While today, the Yule Log has been mostly reduced to representation in the form of a chocolate cake — blame central heating — the tradition has taken on an electronic afterlife with TV channels, video, and now websites broadcasting the mesmerizing and soothing glow of a roaring fireplace blaze.

The Yule log as Christmas tradition goes back at least as far as 1184, where it was first referenced in a German text, and was also common around that time in northern Italy, the Balkans, Scandinavia, France, and Spain. It was first mentioned in the British Isles by poet Robert Herrick in the 17th century, but appeared to be widespread by then. While the details vary by region, the essence of the practice was the selection, transportation, adornment, and ritualistic lighting and burning of a log on or around Christmas, made magically potent by ritual, and the preservation of at least some of the charred wood or ashes for the purpose of good fortune and protection of the home, family, livestock, and fields. 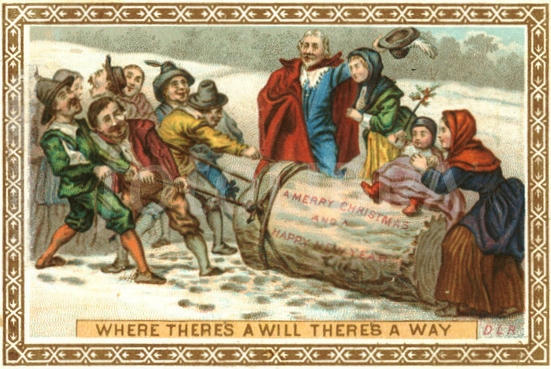 The origin of the word “Yule” is still in dispute, but the most likely contenders are early Germanic words for “wheel” (as in annual cycle) or “feast.” The word came to England and Scotland with Danish invaders in the ninth and tenth centuries and was a synonym for the Christmas season by the 11th century. The pagan origins of the Yule log ceremony can be traced to Celts and Norse people’s winter solstice ceremonies, where the return of the sun was celebrated with huge bonfires. The Druids carefully selected a large log from a fruit tree and with pomp and circumstance blessed the log and lit the fire. A portion was saved to light the next year’s fire so that the cycle was unbroken. The Norse had an additional reason for keeping the charred log: Thor’s lightning bolt would not strike burned wood and their houses would be safe from lightning with the brand in the house, or in some areas, buried under the house.

When the ceremony was grafted into the Christian tradition, the symbolic light of the sun was replaced by the light of Christ. Among various regional variations of the selection process, in France the family went out together to find the log, in Norway the father went out alone. In England, the log had already been selected the previous Candlemas (February 2). In America, the log had to be selected from wood on the family’s own property – it was bad luck to buy it or get it from elsewhere. In Serbia the log was cut in the pre-dawn hours of Christmas Eve and taken to the house in a candlelit ceremony as the sun went down. 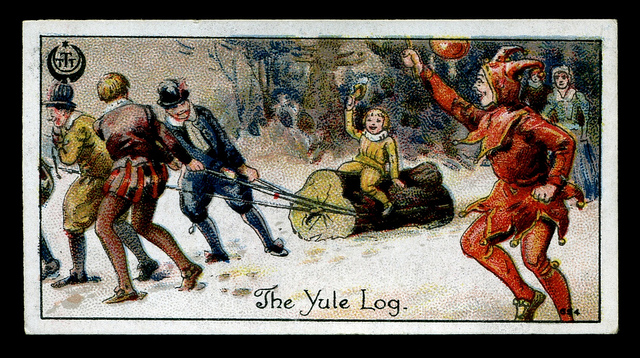 Transporting the log to the home was a time of festivity. Logs were variously decorated with ribbons, bows, flowers, grains, leaves, bread, wine, beer; and in some places youngsters rode on the log like a parade float. Once home, the ceremony in Newfoundland was punctuated with gunfire from the front porch. In the Lombardy region of Italy, once the log was in place, juniper was placed under it, coins were laid on top, the father spoke a blessing in the name of the Trinity, took a healthy swig of wine, poured three slugs on the log, and set it ablaze.

Performed correctly, the log ceremonies yielded magic. In Germany the log was put on the fire on Christmas Eve, burned a bit, then taken off the fire. This Christbrand was saved and put back on the fire as protection against lightning when a storm threatened, similar to what the pagan Norse had done. The blessed remnants of the log were used to cure diseases in livestock, cure everything from toothaches to chilblains in people, mixed into the soil to generate healthy crops, and into drinking water to keep it sweet and wholesome.

In the pre-Civil War American South, many plantations carried the tradition that slaves were off the clock as long as the Yule log burned. It was then in their best interest to select the largest and wettest log they could find, leading to the expression “as wet as a Christmas log.” 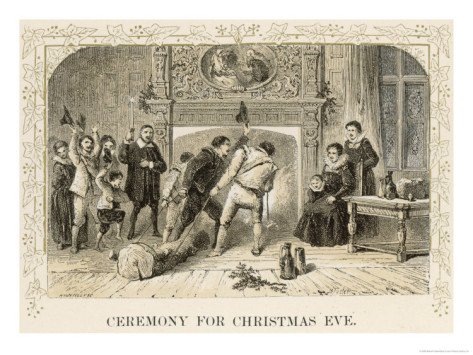 What was the meaning of all this? One hundred years ago in Christmas Customs and Traditions, Clement Miles saw the log as “an embodiment of the vegetation-spirit, and its burning as an efficacious symbol of sunshine, meant to secure the genial vitalizing influence of the sun during the coming year.” Also, many peoples believed that “ancestral spirits have their seat in the hearth,” and so the log ceremony was a form of ancestor worship, though with Christian meaning grafted on later. In Serbia, this thought is supported by the fact that the Christmas meal had to be left on the table for three days, apparently for the benefit of the ancestral house-spirits.

While pondering all this, consider that not one week ago, actor Nick Offerman added to the Yule log tradition by sitting in front of a fire sipping whisky in silence for 45 minutes.