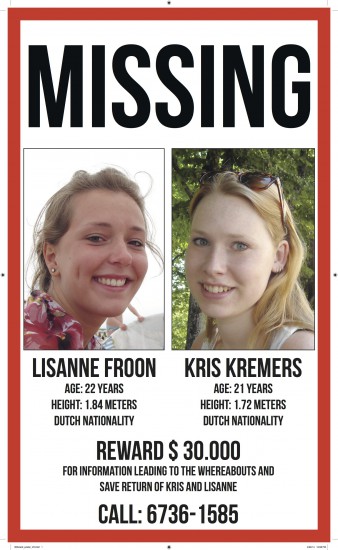 On a strange and unsettling episode of After Hours AM/The Criminal Code — Wednesdays 9-11pE with hosts Joel Sturgis, Eric Olsen, and secret weapon, forensic psychologist Dr. Clarissa Cole — we investigate the 2014 disappearance of Dutch students Lisanne Froon and Kris Kremers while hiking in Panama. Former FBI Special Agent John DeSouza will join us on the case. In the other hour of the show, Clarissa will lead us into the high weeds of the week’s True Crime news! 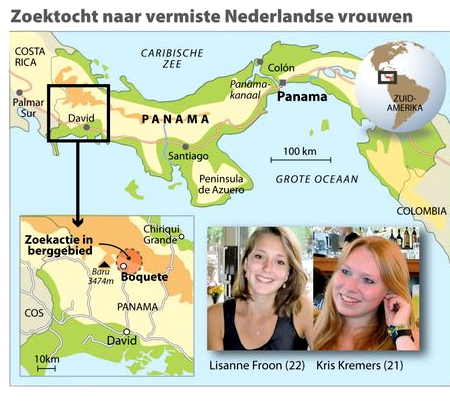 Vivacious and adventuresome young Dutch women Lisanne Froon, 22, & Kris Kremers, 21, had just graduated from university and decided to take a trip together to Panama to learn Spanish and do volunteer work. They arrived in Panama for a six-week journey on March 15, 2014, touring the country for two weeks before arriving in Boquete, on March 29 to begin volunteer work with children for one month, while being hosted by a local family. The girls set out on a hike on April 1 in the vicinity of the Baru volcano. Then nothing. They failed to meet their guide at the prearranged time on April 2. They stopped communicating with their parents in the Netherlands via WhatsApp, and Blue, the dog of their host family, returned home without them.

On April 3, Pananma’s Sistema Nacional de Protección Civil began aerial searches over the forest, aided on the ground by local tribes and farmers. Despite all these efforts and a $30,000 reward offered by their parents, nothing was found. Ten weeks later, a local woman turned in Lisanne’s blue backpack. All seemed normal except examination of the girl’s phones revealed that they had attempted to call multiple emergency without success. And multiple attempts were made to access Kris’s phone using the wrong password as late as April 11.

A new search located clothes, and finally, a boot with a foot inside of it was found along with a part of a pelvis bone. 33 bones were eventually discovered scattered along a riverbank. Tragically, DNA testing in the Netherlands confirmed that they were the bones of Lisanne Froon and Kris Kremers. What happened to them?